LG Electronics is reportedly rolling out a new update to its latest flagship smartphone, the G4. The update is seemingly available for the H818 variant, which comes with dual SIM connectivity and is meant for the Indian market. The update comes with a file size of 328 MB, and can be downloaded either directly through the OTA route or through the LG Bridge computer software, which is available for Windows and OSX. The new software version is listed as V10f-SEP-04-2015, indicating a build date of September 4th. The rather short changelog indicates no feature additions, and states “Usability improvements through Google patch”, “Improved internet application”, and enhanced battery life as the three fixes that are to be expected as part of the new download.

While some media reports seem to suggest that the “Google Patch” part of the changelog is a reference to a fix being rolled out for the Stagefright vulnerability, such claims could not be independently verified, nor was it immediately evident from the rather ambiguous wording on the changelog if that is indeed the case. There’s also no word on when Android 6.0 Marshmallow will be rolled out for the device, as the phone will remain on Android 5.1 Lollipop even after the installation of the new FOTA. Users in India and elsewhere can manually check for the availability of the update on their devices by accessing Settings > About Phone > Common > Update Center > Software Update on their G4 smartphones.

As a quick reminder, the LG G4 is the latest flagship smartphone from the South Korean consumer electronics company, and was announced back in April this year. The device features a curved 5.5 inch Quad HD (2560 x 1440) display, and is powered by Qualcomm’s Snapdragon 808 SoC. The smartphone comes with 3 GB of RAM and 32 GB of built-in storage. The rear camera on the device comes with a 16-megapixel sensor, while the front camera is an 8 megapixel unit, capable of recoding 4K videos at 30 fps. The battery is a removable one and has a capacity of 3,000 mAh. Connectivity options include WI-FI 802.11 a/b/g/n/ac, Bluetooth 4.0, NFC and Cat.6 LTE. The phone also comes equipped with an IR blaster, which allows the handset to be used as a remote control. The LG G4 comes with Android 5.1 Lollipop out of the box, with LG’s proprietary Optimus UI laid on top. 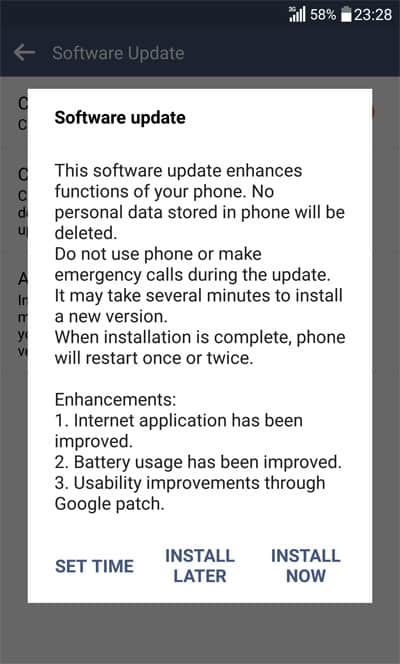 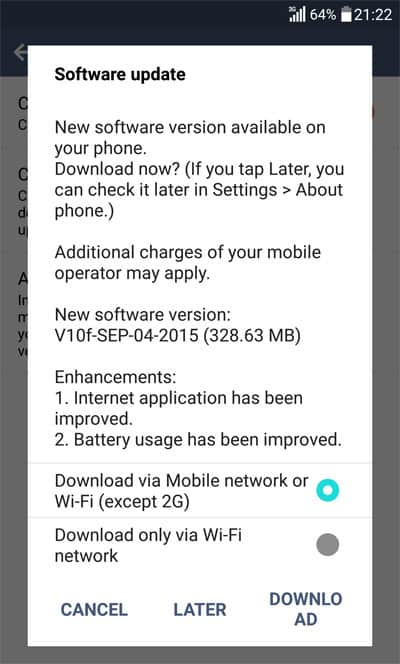