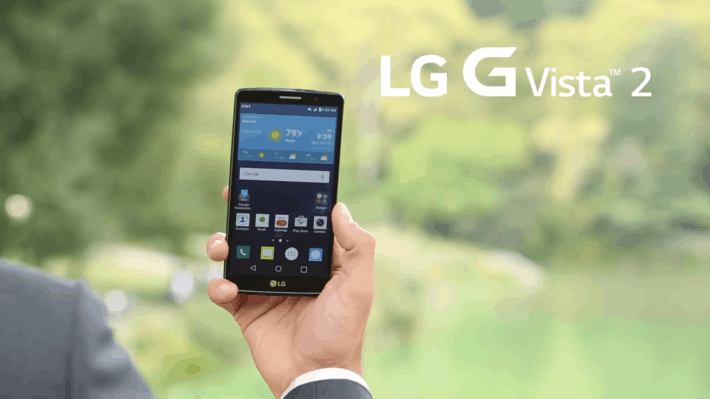 AT&T has announced that it will begin selling the metallic grey version of the LG G Vista 2 mid-range smartphone from November 6th, for a down payment of $49.99 with a two year contract. The carrier had originally unveiled the phone on its YouTube channel only last week. The handset fits into AT&T's mid-range line up, and replaces the G Vista from last year, which was a fairly popular device, if AT&T is to be believed. The carrier has further said that it will sell the G Vista 2 for a monthly payment of $14.97 on Next 24 for a period of 30 months, or for $18.71 per month for 24 months as part of its Next 18 plan. The carrier will also sell the device at $22.45 per month for 20 months on Next 12, according to a post on its website.

Coming to the hardware specs of the G Vista 2 from LG, the device is a mid-range smartphone from the South Korean manufacturer, and a follow-up from last year's G Vista, as mentioned already. The smartphone features a 5.7-inch Full HD, 1080p IPS display, and is powered by a Snapdragon 617 chip from Qualcomm. The SoC comes with a 64-bit octa-core CPU and the Adreno 405 GPU, along with an X8 LTE modem. The handset comes with 2 GB of RAM and 16 GB of internal storage out of the box, with support for microSD cards of up to 32 GB in capacity. The battery on the device is rated at 3,000 mAh, while the operating system happens to be Android 5.1 Lollipop. As for the cameras, the primary shooter on the back of the device comes with a 13-megapixel sensor with advanced Color Spectrum Sensor and Laser Defined Auto-Focus, whereas the front-facing selfie-cam sports a 5-megapixel sensor. One of the main attractions of the phone however, is the embedded stylus on the handset, and its support for multi-window mode.

On the occasion of the launch of the device on its network, Mr. Jeff Bradley, senior vice president, Device Marketing and Developer Services, AT&T Mobility, said, "Only from AT&T can you get LG's latest Android smartphone to date – the LG G Vista 2. The smartphone's sleek new design, device features and power coupled with great value on the nation's most reliable 4G LTE network, make this smartphone hard to resist".