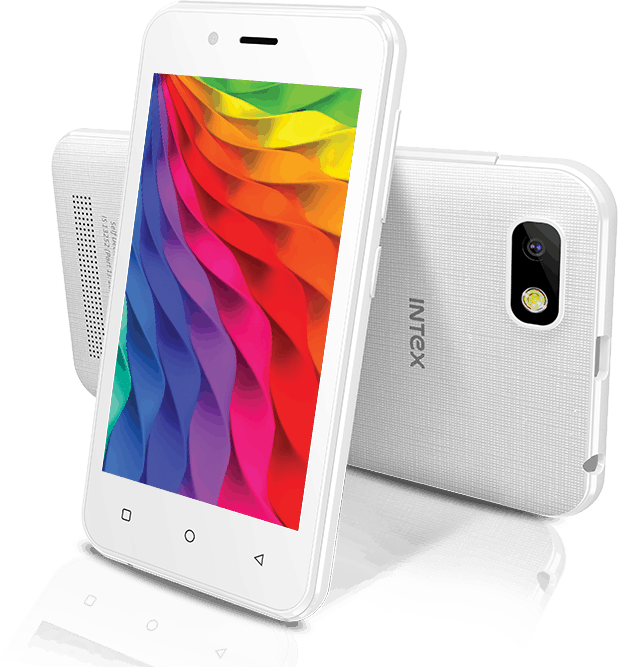 If you’ve been on the market for a new budget smartphone, you might want to check out the latest device from Intex. Called the Intex Aqua Play, the device is just one of the many models released by the manufacturer this month. Just last week, Intex also launched the Aqua Life III with a price tag of $80. Before that, the Intex Cloud Swift was unveiled to go on sale exclusively on Snapdeal for $137. The Intex Aqua Play follows the footsteps of its siblings. As a budget-friendly device, the Aqua Play is priced at only $50.

Included on the Aqua Play is a 4-inch WVGA display with a 480 x 800 resolution. It runs on a 1.2GHz dual-core MediaTek MTK6572W processor paired with 512MB of RAM. The built-in memory is 8GB with a microSD card slot that can expand the memory by up to 32GB. Considering this is a budget device, the cameras on the Aqua Play are both the front and back of the phone are equipped with a 0.3-megapixel VGA camera sensor. The back camera comes with LED flash. Beneath the frame is a 1,400 mAh Li-Ion battery that gives the phone up to 4 hours of talk time and about 180 hours of standby time. The Aqua Play also sports a dual SIM card slot to enjoy using two networks on one phone. Its connectivity is available with GPS/A-GPS, Micro-USB 2.0, FM radio, Bluetooth v4.0, Wi-Fi 802.11 b/g/n with hotspot, GPRS/EDGE, and 3G. There is an option to go with either Black, White, or Blue color before purchasing the device.

Upon unboxing, the phone comes pre-installed with Android 5.1 Lollipop OS and a few apps such as Opera mini, Matrabhasa, Quikr, NewsHunt, and Cleanmaster. One notable feature available on the device is a Flip to Mute option that makes it an enjoyable phone to use.

The Intex Aqua Play has been updated on the manufacturer’s website together with pricing details. It will most likely be released to the public in the coming days. So if you’re in the market for a budget-friendly device, you might want to check out the Aqua Play with its $50 price tag.