A leaked image of what seems to be a smartphone with a metallic built, is now doing the rounds of the internet, with claims that it is the ‘Pro’ version of Xiaomi’s mid-range phablet, the Redmi Note 2. According to reports, the device will be offered in two different versions upon release, with at least one of them offering a fingerprint scanner. As for the hardware specs, the report claims they’ll be identical to the company’s current best-seller, the Redmi Note 2. As there’s no way to ascertain the veracity of this report, the claims will have to be taken with a generous pinch of salt although, they might very well turn out to be true, seeing as Xiaomi’s main competitors in its home market, Meizu and Huawei, both offer mid-range smartphones with fingerprint scanners and fully metallic builds.

If the latest report is to be believed, the upcoming all-metal Redmi Note 2 Pro will have the exact same internals as the original Redmi Note 2, as already mentioned above. The Redmi Note 2 of course comes in at least three different variants, all of which feature a 5.5-inch display each, with a resolution of 1920 x 1080 pixels, which translates into a pixel density of 410 dpi. The device is powered by the much talked-about Helio X10 chipset (MT6795) from Mediatek, which comes with an octa-core CPU clocked at a maximum of 2.2 GHz, along with a PowerVR G6200 GPU. The handset comes with 2 GB of RAM and 32 GB of internal storage. As for the cameras, the primary shooter on the rear of the device comes with a 13-megapixel sensor, whereas the front-facing selfie-cam is a 5-megapixel unit.

As mentioned already, the Redmi Note 2 Pro, if it does indeed materialize as per the latest rumor, will go up against handsets from competitors like Huawei and Meizu in the Chinese market, both of whom offer mid-range smartphones with premium features. While Meizu introduced the Blue Charm Metal last week after many a rumor, leak and speculation, Huawei sells the Honor 7, which also comes with a metallic body and a fingerprint scanner in tow. Only time will tell how the upcoming device from Xiaomi will fare in the market if the leak is indeed for real. 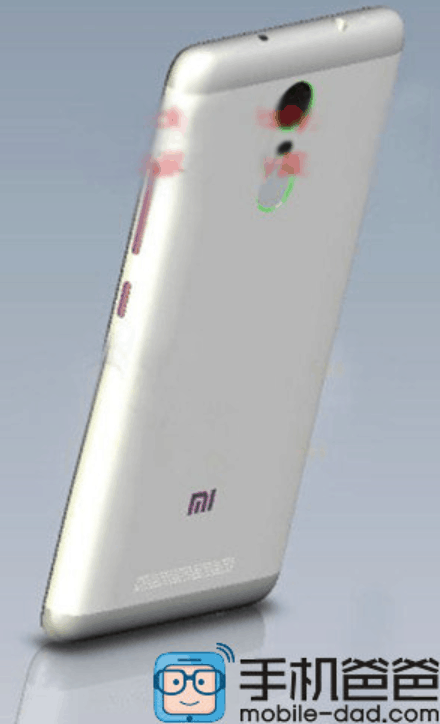