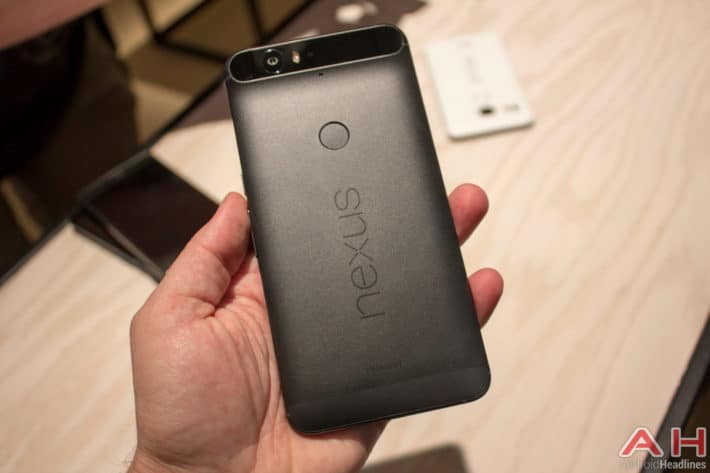 When Google and Huawei announced the Nexus 6P, it seemed as though Google and Huawei would only be selling the device directly to consumers. During the event, Google didn't mention any sort of carrier deals or partnerships, at least where the US was concerned. Outside of the US however, things are a little different, across the pond in the UK, Carphone Warehouse has been offering both LG's latest Nexus 5X and the Nexus 6P from Huawei for pre-order for some time, and now Vodafone has the Huawei option for pre-order. It's not exactly surprising to see a Nexus device listed on a carrier outside of the US, but it is at the least a little surprising, and Vodafone is even throwing in a little bonus.

Oddly, it appears that the majority of contracts from Vodafone require that you pay £9 upfront, but the 24-month deals are fairly decent, for Vodafone. £45 a month will get users both unlimited texts and unlimited minutes with 6GB of data, along with access to either Spotify or Sky Sports mobile for a few months. The little bonus we mentioned comes in the form of the Huawei MediaPad T1 Android tablet. Completely free with a new 24-month contract when purchasing the Nexus 6P. Whether or not this is a limited time offer is unclear, but we can't see this sort of a deal lasting forever, and it would be a good option for those looking for another screen to use around the house, or something similar.

It appears as though Vodafone UK will only have the Black version and the 32GB version at that. While a lot of Nexus purchasers in the UK will probably go through the Google Store, at least Vodafone is offering them a more traditional route to go down. How many Nexus fans will be willing to sign a 24-month contract remains to be seen, but we'd be willing to bet that not that many of them will be okay with such a lengthy contract. Those interested in a free tablet and want to look at what sort of deals Vodafone UK is offering can take a look at the source link below.