Huawei has released a number of high-end devices this year. The company has unveiled the Huawei P8, P8Max, Honor 7, Honor 7i and Mate S smartphones. This China-based tech giant has also unveiled the MediaPad X2 tablet, and their first Android Wear-powered smartwatch, the Huawei Watch. They’ve also released a number of mid-range products this year, and the latest one just landed. The Huawei Honor Play 5X surfaced a couple of times recently, and the company has confirmed that this smartphone will arrive on October 10th, which is today.

The company has unveiled this smartphone in China, and the Honor Play 5X is a direct successor to the Honor Play 4X smartphone which launched back in October last year. The company has managed to sell over 10 million Honor Play 4X units since the phone launched, and they have even higher expectations for the Honor Play 5X. This entry-level handset has been officially announced, and Huawei priced it at 999 Yuan ($158) in the country. The phone will be available in Grey, Gold and White color options, in case you’re wondering. The Honor Play 5X features a 5-inch 720p (1280 x 720) display along with 2GB of RAM and 16GB of expandable internal storage. The device is powered by MediaTek’s MT6735 64-bit quad-core SoC, which is quite interesting considering we’ve expected this phone to ship with Huawei’s Kirin SoC on the inside, like more or less every smartphone they’ve released this year. The Honor 5X’s predecessor has been fueled by Qualcomm’s Snapdragon SoC, so this choice Huawei made is rather interested.

Anyhow, the device also sports a 13-megapixel shooter on its back, and a 5-megapixel camera up front. The 4,000mAh battery is also a part of this package, and Android 5.1 Lollipop comes pre-installed here with the company’s EMUI 3.0 skin on top of Google’s OS. The Huawei Honor Play 5X measures 143.1 x 71.8 x 9.7mm, while it weighs 160 grams. That is more or less it as far as specs go. As you can see, this phone is quite affordable. The company is also expected to announce the Honor 5X really soon considering the device was already certified by TENAA, and its specs have also leaked on AnTuTu quite recently. The Honor 5X will sport a somewhat higher-end specs than the Honor 5X Play, and will reportedly going to be made out of metal. In case you live in China and are interested in purchasing the Honor Play 5X, the device will be available from the company’s official online store (vmall) starting October 16th.

UPDATE: It seems like the source was wrong as far as naming goes, the device is named Huawei Enjoy 5 after all. 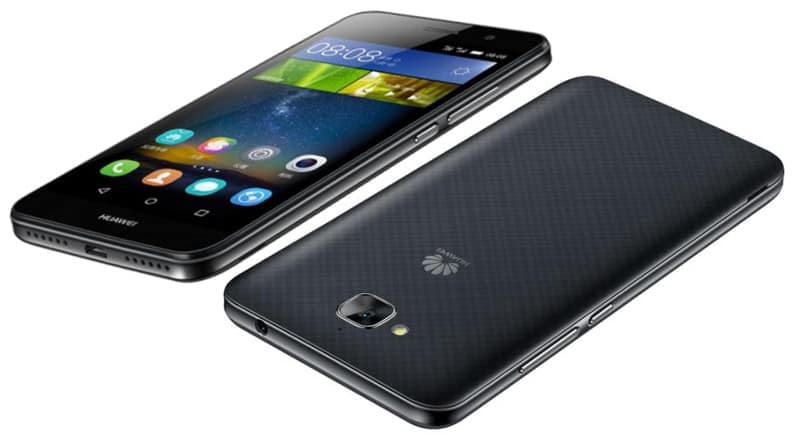