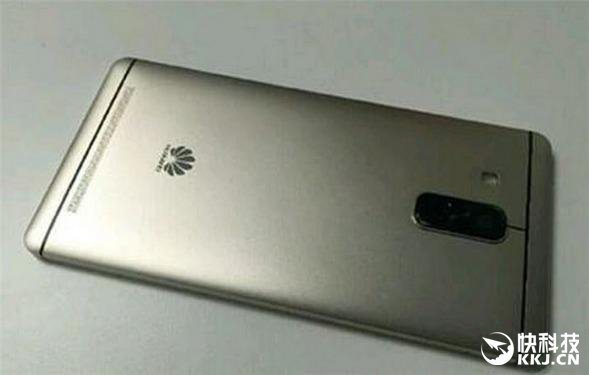 Huawei has released a number of compelling devices in the last year or so, with Mate7 being one of the best ones. The Huawei Ascend Mate7 (Huawei dropped the 'Ascend' branding in the meantime) was announced back in September 2014, and it is to date, one of the better-looking devices Huawei has ever released, while its specs are still quite powerful. That being said, Huawei has introduced a new 'Mate' device during IFA in Berlin last month, the Mate S. This handset is actually somewhat smaller than the Mate7, and people have been wondering whether this means that Huawei won't announce their Mate 8 phablet. We've been wondering the same thing, and considering the amount of rumors / leaks we've been seeing regarding the Mate 8 phablet, it seems like the device is actually planned by the company.

We've seen a number of Huawei Mate 8 leaks thus far, and yet another one has popped up in China recently. According to the new info, the Huawei Mate 8 is expected to feature 'Force Touch' technology, which is something we've seen in one of the Mate S variants, the one that isn't available just yet. Force Touch has also been used by Apple in their Apple Watch and iPhone 6S / 6S Plus devices, though the Cupertino giant calls it differently. Anyhow, in addition to the 'Force Touch' news, the Mate 8 is also expected to arrive in November or December, and Huawei's HiSilicon Kirin 950 SoC will quite probably power this phablet. Keep in mind that Snapdragon 820 and Exynos 7420 have also been mentioned though, so we'll just have to wait and see what we get.

Now, according to the report, the Huawei Mate 8 will be available in a couple of variants, including the 3 and 4GB versions. The 3GB RAM variant will reportedly ship with 32GB of internal storage and will cost 3,299 Yuan ($518), while the 4GB RAM version will ship with 64GB of native storage and is said to cost 3,899 Yuan ($612). The Huawei Mate 8 is also expected to sport an aluminum build, along with a 21-megapixel camera on its back. The 8-megapixel shooter is said to be available up front, and the device will probably ship with Android Lollipop pre-installed with Huawei's EMUI (Emotion UI) skin on top of it.