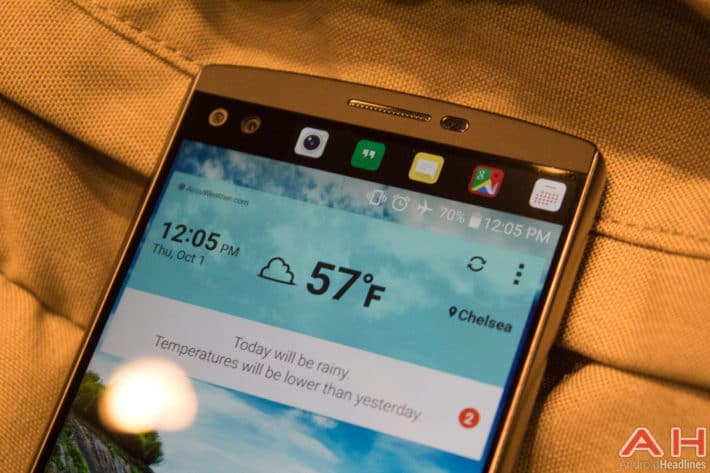 Earlier today, LG officially took to the stage in New York to announce the V10 that's been leaking out for some time and as we knew from yesterday's press release, the device is designed for creating movies and for being durable. The V10 is much like the LG G4 but a little larger with a 5.7-inch display, while retaining the Quad HD resolution and on the sides of the device, LG has endowed this with stainless steel. They say this has cost them twice as much as aluminum and they do so to create a durable device that can easily withstand knocks and falls, the same goes for the silicon duraguard back panel, which is textured for better grip.

During the show, LG had more movies to share with us than anything else, but they all showed off how good the new camera UI is in the LG V10 and we spent some time with that software and we can tell you it's as good as the G4 and even a little better. There are three different microphones in the V10 and they can all be used when recording audio, with the recording view giving you feedback on their levels as well the opportunity to tweak certain aspects of them, like their sensitivity. We'll have more images and video coming soon, but for now take a look at what the V10 is like outside of press renders in the gallery below.