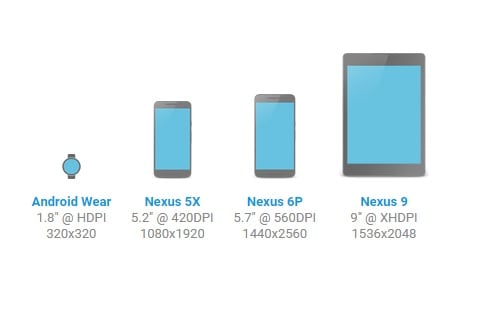 For most of the Android world, the release of a new Nexus smartphone is a monumental event. As such, this year when it became clear that Google was planning on releasing two new Nexus smartphones, the anticipation was intensified even more than it already would have been. Then, when the Huawei Nexus 6P and the LG Nexus 5X were finally unveiled, the Android faithful had twice as much Nexus smartphone news to digest and get through.

Well, when it comes to Android app developers, it is less clear if they are as excited about the release of a new Nexus smartphone as the rest of us. While they might be Android users themselves and maybe even prefer a Nexus to the rest, due to its close to stock nature, with the launch of a new Nexus smartphone comes the arduous task of having to make all their content relevant to the new devices. While this normally means relevant to the operating system, as Nexus smartphones typically come with the latest (and otherwise unavailable) version of Android. Some of the new Nexus relevant content which needs to be updated, might be far more fundamental. Like, for instance, the artwork on their Google Play Store listing app shots.

This is where Google's Device Art Generator comes in, as this is a tool which effectively allows developers to simply insert their app shots on to the backing of a Nexus device outlay. Therefore, assimilating the look of their app running on a Nexus device. If a developer wants their content to remain relevant, then it is presumed it is always wise to update their shots to include the most current Nexus device(s). At the very least, this will be exactly the case for any new apps that a developer has en route and which they want to appear fresh and modern and on the latest device available. Again, in this case, that would be the Nexus 6P and 5X. Well, if you are one of those developers, then it now looks like the Device Art Generator has been updated to include the outlays for the Nexus 6P and the Nexus 5X and ready for you to insert your app shots all over.