Google launched the newest installments of its Nexus brand of smartphones last month, pre-loaded with Android 6.0 Marshmallow. It’s the latest and greatest that Google has to offer and comes with a number of new wallpapers, all of which have one thing in common – they are bright and vibrant and in-line with Google’s much talked-about Material Design philosophy. As for the wallpapers, there are 9 of them in all, with three from Google Earth, three landscape photographs, and three with abstract, geometric designs. If you ever wondered what goes on behind-the scenes in creating and choosing wallpapers for various devices, this will be interesting, as the Google design team has now come out with information about how the wallpapers were conceptualized and eventually made into the end-product that we see today.

According to Google, photographer Carl Kleiner is responsible for the abstract wallpapers on Marshmallow as well as on Lollipop. Google also reveals that unlike most abstract designs, the ones from Mr. Kleiner are actually real, photographed images and not digitally-created, which is what you’d mostly expect with abstract designs. About the wallpapers from Mr. Kleiner, Google says, ” … they are painstakingly designed and crafted photographs. Through lighting, layering, and considered color blocking Kleiner’s work echos some of the early material studies we created while we were developing Material Design, particularly our process for developing iconography and emphasizing natural shadows and realistic depth with three-dimensional objects”.

Google says it had originally commissioned Mr. Carl Kleiner when it introduced the Material Design language with Android Lollipop. His brief was simply to create the three abstract wallpapers, which would show off Google’s new design language in all its glory. The wallpapers were to be made out of designs created by different types of papers in different colors. The designs were internally named “paperscapes”, and were supposed to perfectly illustrate the new design philosophy at Google. When Google went back to Mr. Kleiner to create new abstract designs for Marshmallow, the photographer says he had a few thoughts on how to bring new ideas to life, but wanted to firmly stick to the “core Google brand colors” for his creations. According to him, “We wanted to work with surfaces that have a subtle and sophisticated texture … organicâ€Što the touch and graphic in composition … Painted surfaces, color pigment powders, floating ink and the like”. 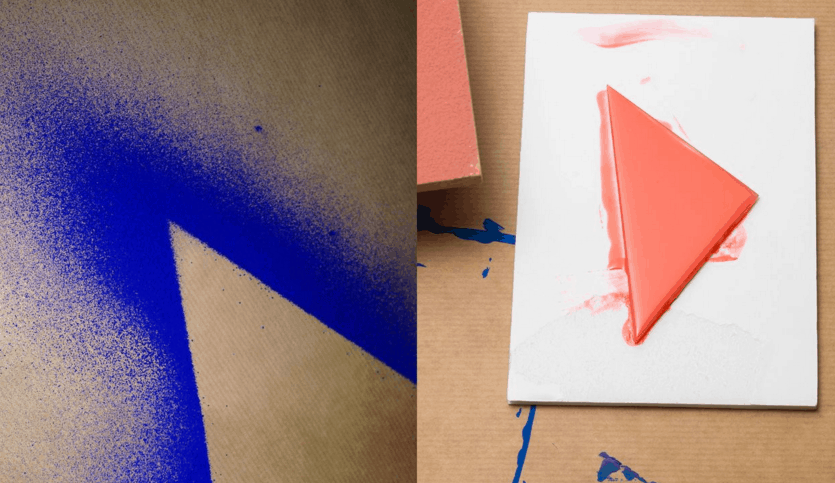