Ever since Google announced the first OnHub router partnered with TP-Link, we knew that more devices were coming. We also knew that the company would partner with Asus to create a new router and we actually got to see its design in a leaked picture recently. This particular maker already has a lot of experience building routers, and while they have been improving their designs, their external antennas don’t make them look very attractive. As you may recall, one of the main features that will distinguish the OnHub routers is precisely their eye-catching hardware design, so they can be displayed as any other decorative object and their signal can work better.

The Asus OnHub features a cylindrical design, but this time, the base is larger than the top and the status light is located at the bottom, creating a reflection on the surface wherever the router is placed. This new router offers all of the functionality that the first one did, such as faster Wi-Fi, easy set up and simple management with the Google On app. Plus, the Asus OnHub offers a new feature, it is called Wave Control and it boosts the Wi-Fi speed for a particular device by waving the hand over the top of the router. This could come in handy in places with many devices, but it is unclear how a specific device is selected. Perhaps users will set a default device which will get this boost and it will be activated once it detects the movement of the hand. The Asus OnHub will be available to pre-order from select retailers starting this week and it is priced at $219.99.

Google promised timely updates for these routers to enhance their functionality, so they also announced the first update for the TP-Link OnHub. The process is automatic and it will happen when the network isn’t being used, so it won’t interrupt your connection. The update contains several performance improvements including a new smart antenna algorithm, which will select the best combination of antennas to direct a stronger signal to the various devices disregarding their location or orientation. 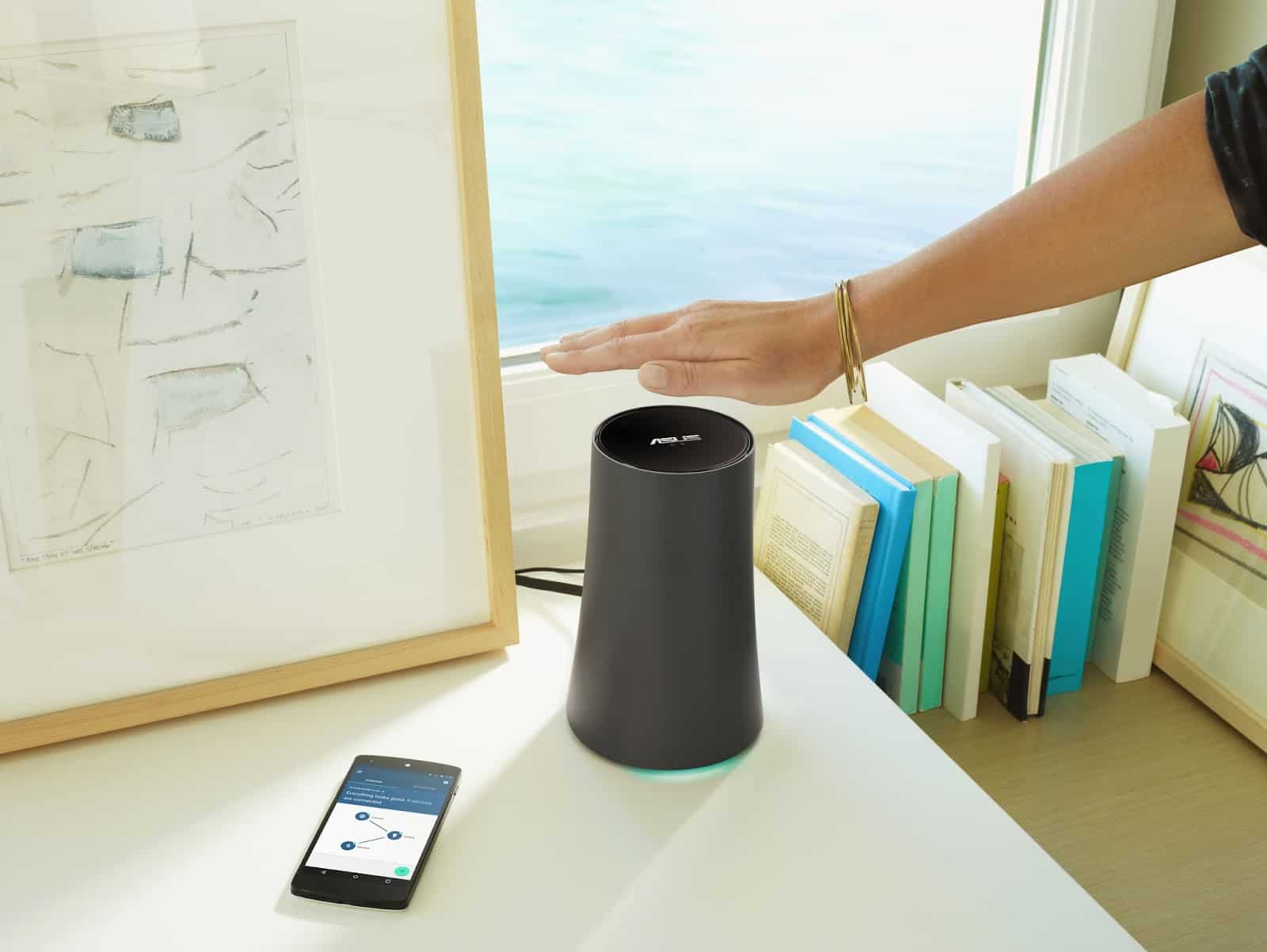