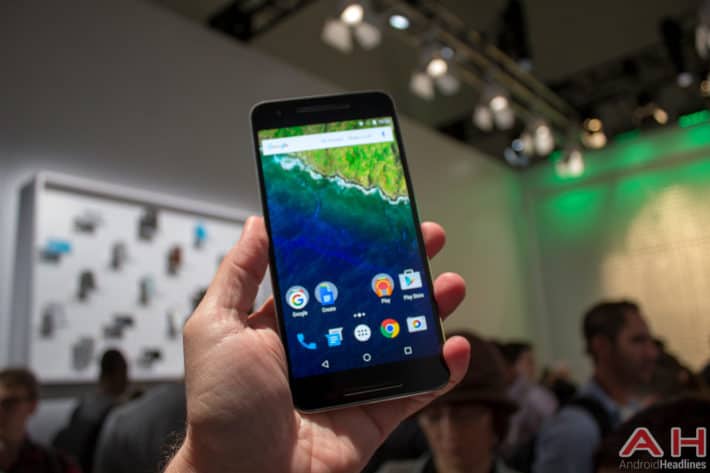 This past Tuesday, September 29th, Google, at a press event held in San Francisco, California, announced not one, but two new devices as part of its 2015 Nexus smartphone lineup. While the smaller Nexus 5X mid-ranger is made by South Korean consumer electronics company LG Electronics, the flagship Nexus 6P is manufactured by Chinese multinational networking and telecommunications equipment, services and consumer electronics company, Huawei Technologies. As for the pricing of the two devices, the Nexus 5X comes with a price-tag starting at $379 in the US for the 16 GB version, whereas the flagship Nexus 6P will start at $499 for buyers in the US looking to get their hands on the 32 GB version of the smartphone. Along with the announcement of the two all-new smartphones, Google also announced the Pixel C, an Android Marshmallow-powered tablet with a 10.2-inch display with an interesting magnetically attached keyboard option.

Coming back to the whole point of this post, no sooner had the two smartphones been announced, reports circulating in the Indian media seemed to indicate that the devices will be up for pre-order in India starting mid-October. Now, a teaser put up on the country's largest e-commerce site, Flipkart, seems to indicate that the device will be available for sale on the website, just like the Nexus 6 from last year. While no specific date has been mentioned for the availability of the device, media reports in India seems to indicate that the whole pre-order process is likely to start sometime later this month, and sales will start sometime next month, although none of these reports can be independently verified at this point in time.

As a quick reminder for our readers, the Nexus 6P sports a 5.7-inch WQHD (2560 x 1440) display, and is powered by Qualcomm's Snapdragon 810 SoC. The device comes with 3GB of RAM and three different storage configurations, with a 32 GB version, a 64 GB version and a top-of-the-line variant with 128 GB internal storage. The device also sports the 'Nexus Imprint' fingerprint reader, and features a 13-megapixel primary camera with a dual-LED, dual tone flash. The Nexus 6P comes with a 3,450 mAh battery, and runs Android 6.0 Marshmallow out of the box. The device will be available in three different color options – Aluminum, Graphite and Frost White.