Skip to content
Trusted By Millions
Independent, Expert Android News You Can Trust, Since 2010
Publishing More Android Than Anyone Else
20
Today
206
This Week
759
This Month
4596
This Year
122172
All Time No matter how old you get, superheroes can still be a good bit of fun. We grew up reading about them in comic books and wanting to be them as kids, and now we can watch them on the big screen and wield their awesome abilities in video games. Which leads us to this list of some the best superhero games for Android. 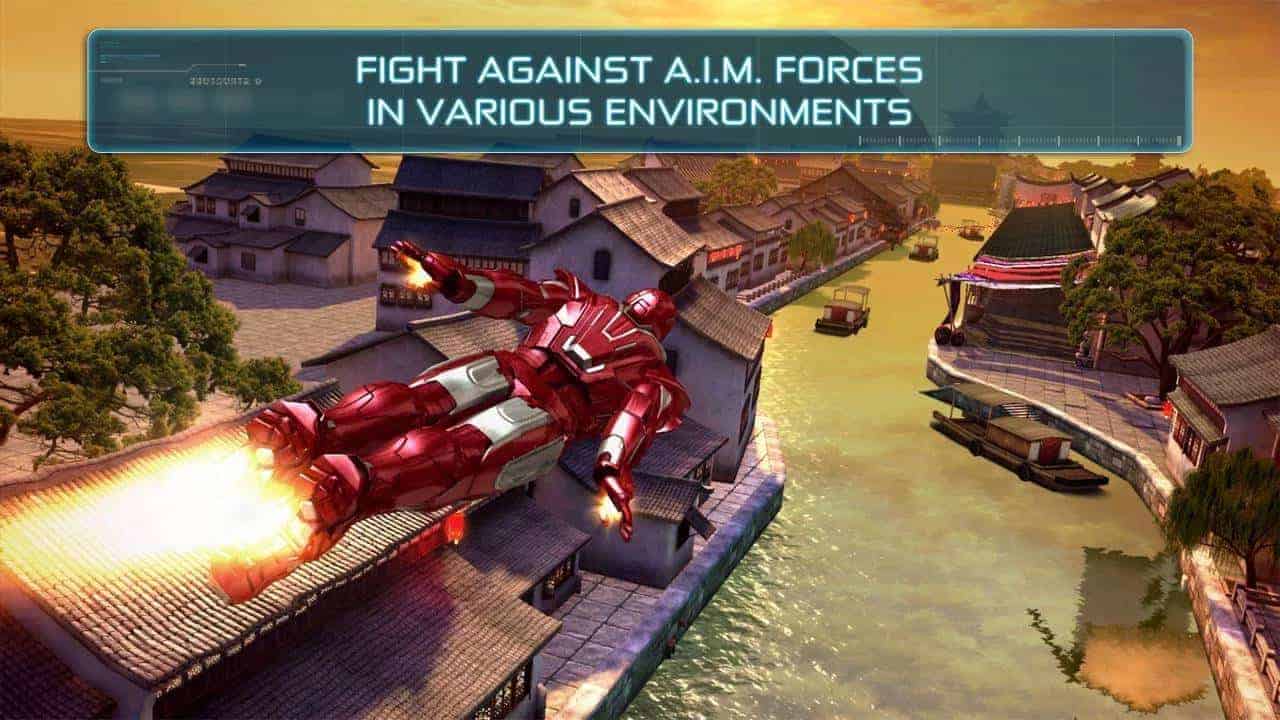 The official game for Iron Man 3 from Gameloft is certainly one not to miss. The graphics are top notch which helps to grab the attention of any superhero loving fan. You’ll get to play as Iron Man fighting off the forces of a rising group of villains called A.I.M., and with tons of abilities and upgradeable armor across 18 different collectible suits, there’s quite a bit of excitement to be had. Plus, the game is free. 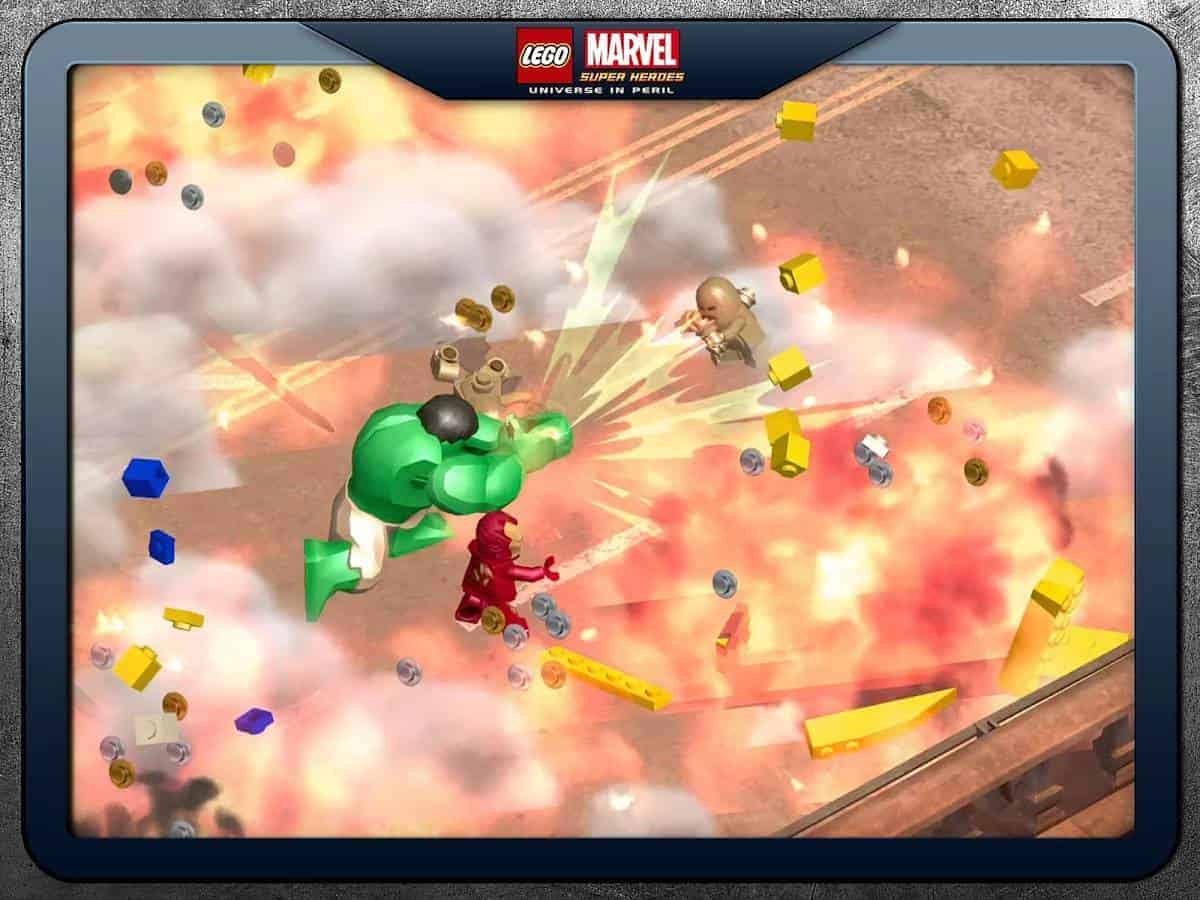 Two of the most loved things as a kid mashed up into one awesome game. LEGO’s and Marvel Super Heroes. In this delightful little jaunt across the Marvel Super Hero Universe, you’ll get the chance to play as multiple different heroes (over 91 different playable characters will be at your disposal) while you save everyone time and time again across 45 missions. 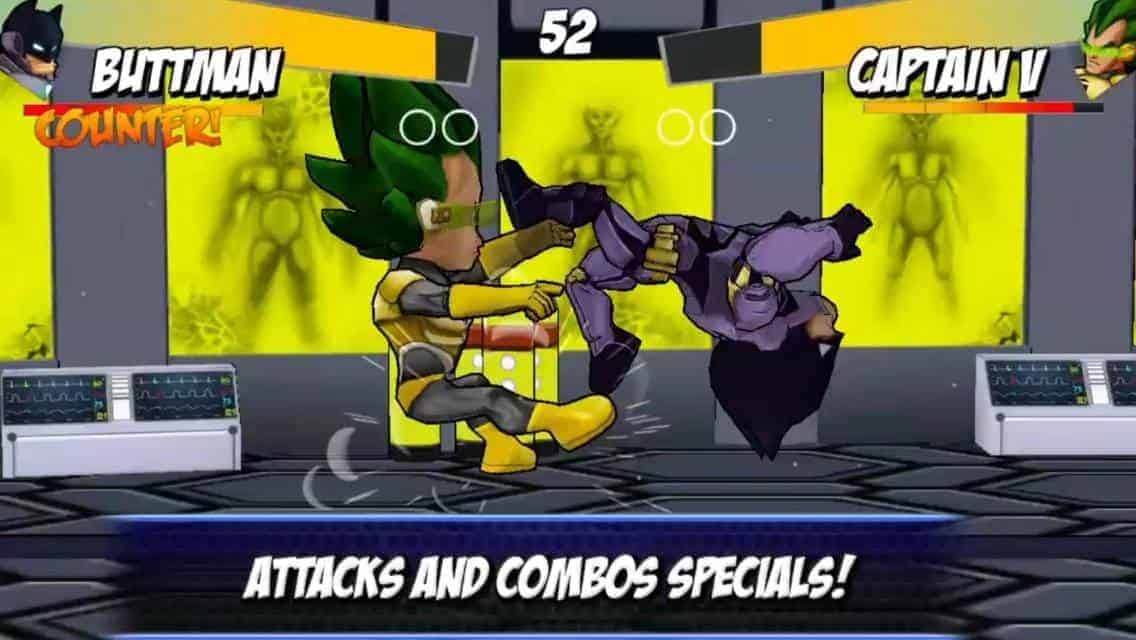 This game has no super hero alliances of any kind, it;s just a bunch of different heroes from comics and popular animated shows hashing it out in a fighting game. The characters are memorable, of course, but they have their own names and abilities, as anything but would copyright. Nevertheless, it’s quite fun and there’s plenty of characters to play. You have a total of 18 different fighters, and you can get in a quick brawl in the Quick Fight mode or take a little longer and enjoy the story mode. 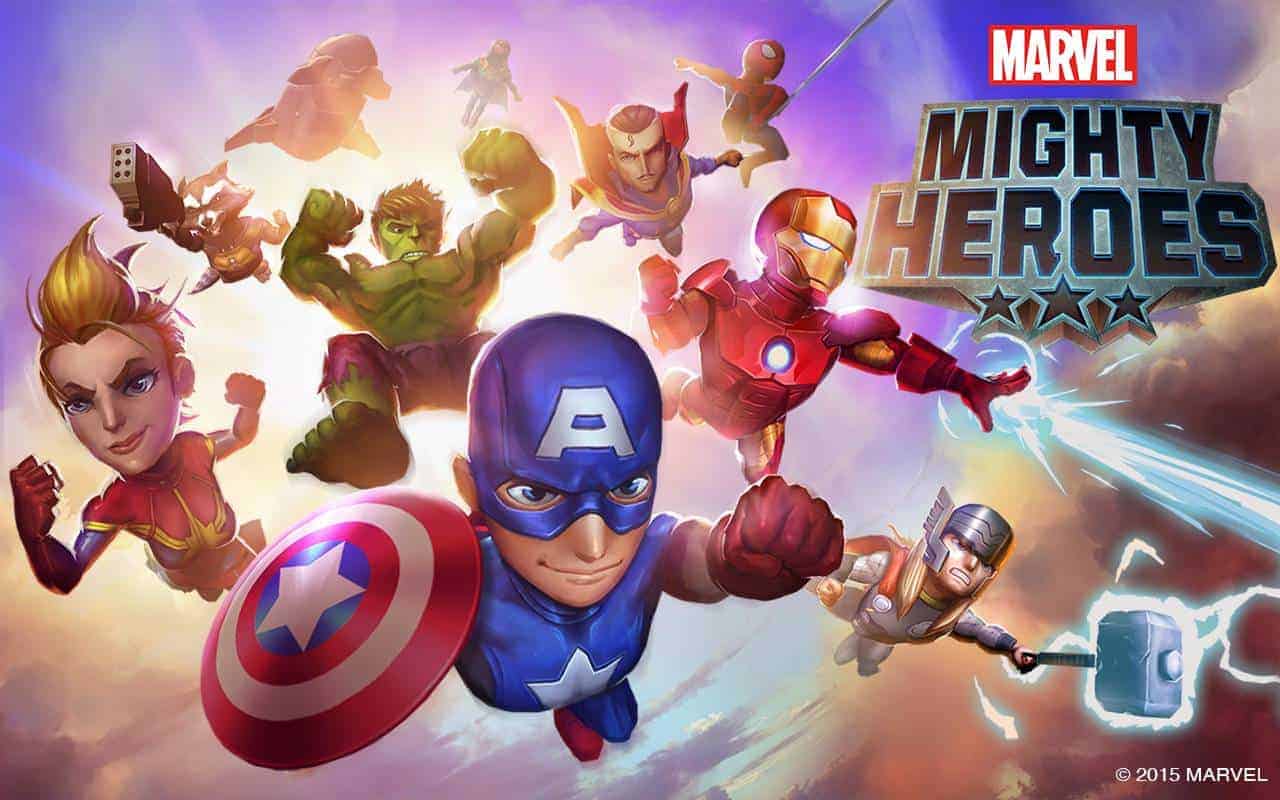 Marvel Mighty Heroes is an action game sort of like hack and slash style, but it’s got co-op capabilities and can be played with your friends in real-time to assist each other in taking down your foes. It supports up to four players altogether for some truly action-packed madness, and with the weekly missions you can pick up special rewards. You can also build up your ultimate team of heroes after collecting them, each with their own unique skills and abilities. 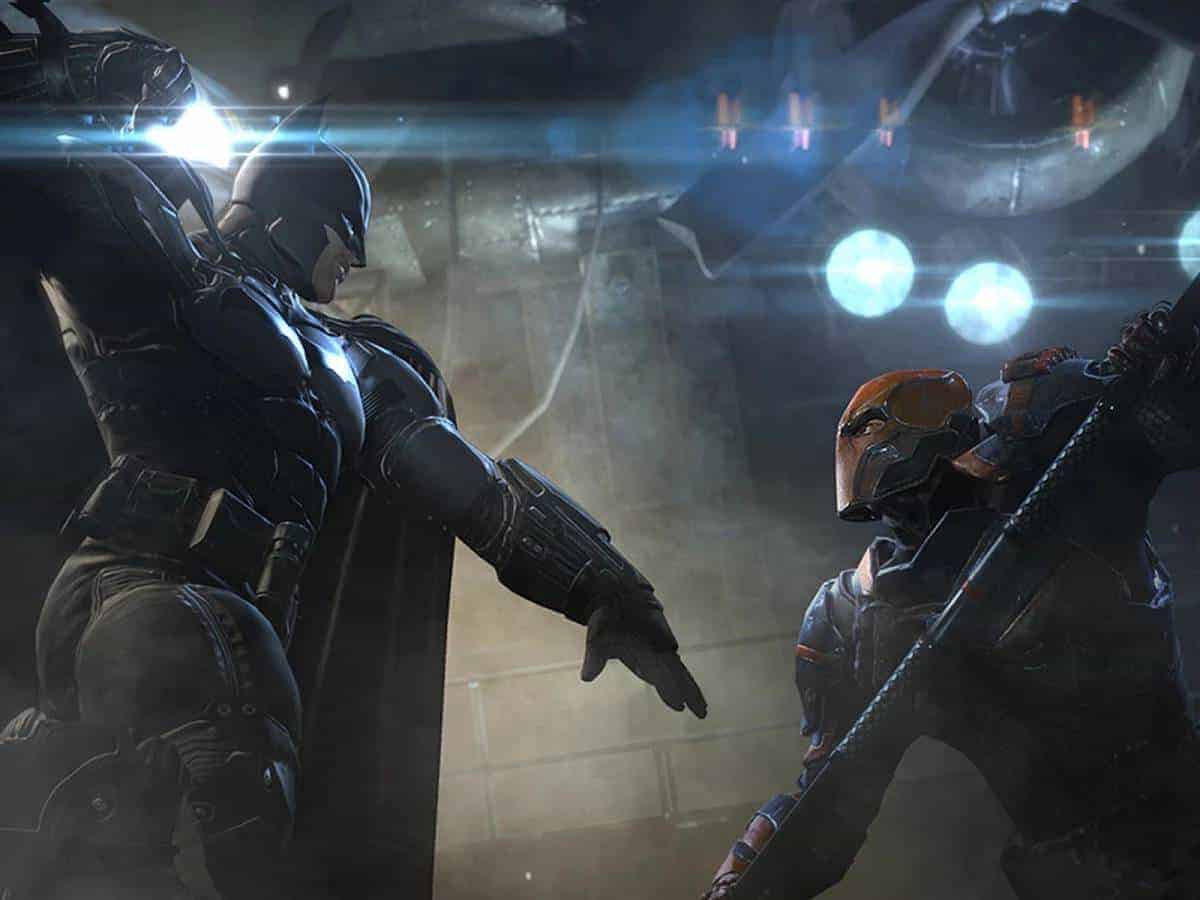 If you’re a batman fan then you may just find the mobile version of Arkham Origins to be quite a wonderful little game. Visuals should be in the spotlight here as the graphics are certainly eye catching, but the combat is enjoyable as well. If you’re looking for a similar type of p;lay style to the console version of this game, you won’t find it here, as the combat and fights are a series of taps and swipes, but it’s still packed full of action. In between fighting some of Batman’s most notorious enemies, you can find different suits piece by piece to give him a different look as part of the collectibles in the game. 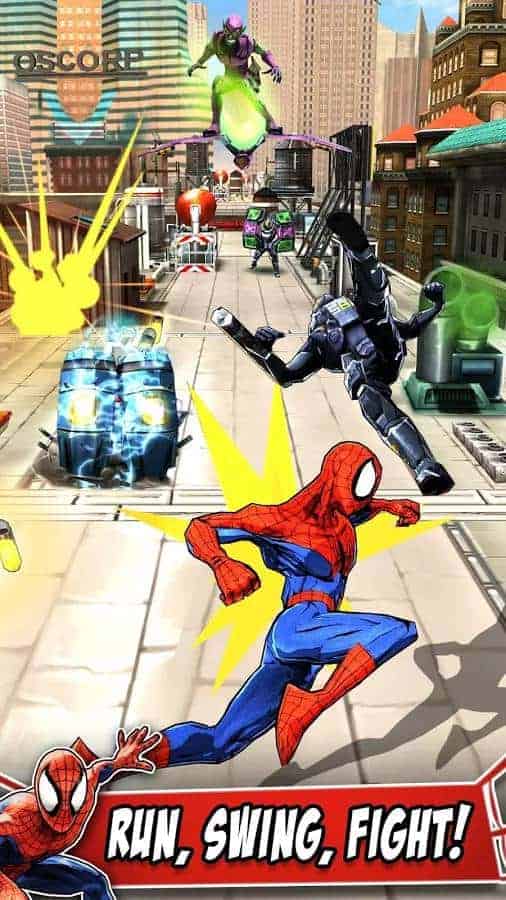 Spider-Man Unlimited feels a bit like a runner, only you’re mostly swinging around and not running because you’re Spider-Man and that’s what you do. In this arcade adventure game you’ll also get to face off against some of Spider-Man’s most sinister villains like Green Goblin, Mysterio and more. You can unlock and collect tons of different Spider-Man suits, and there are even some villains and different characters you can play. The comic book style visuals in this “narrative-runner” will also delight those who grew up reading Spider-Man comics. Plus, it’s free. 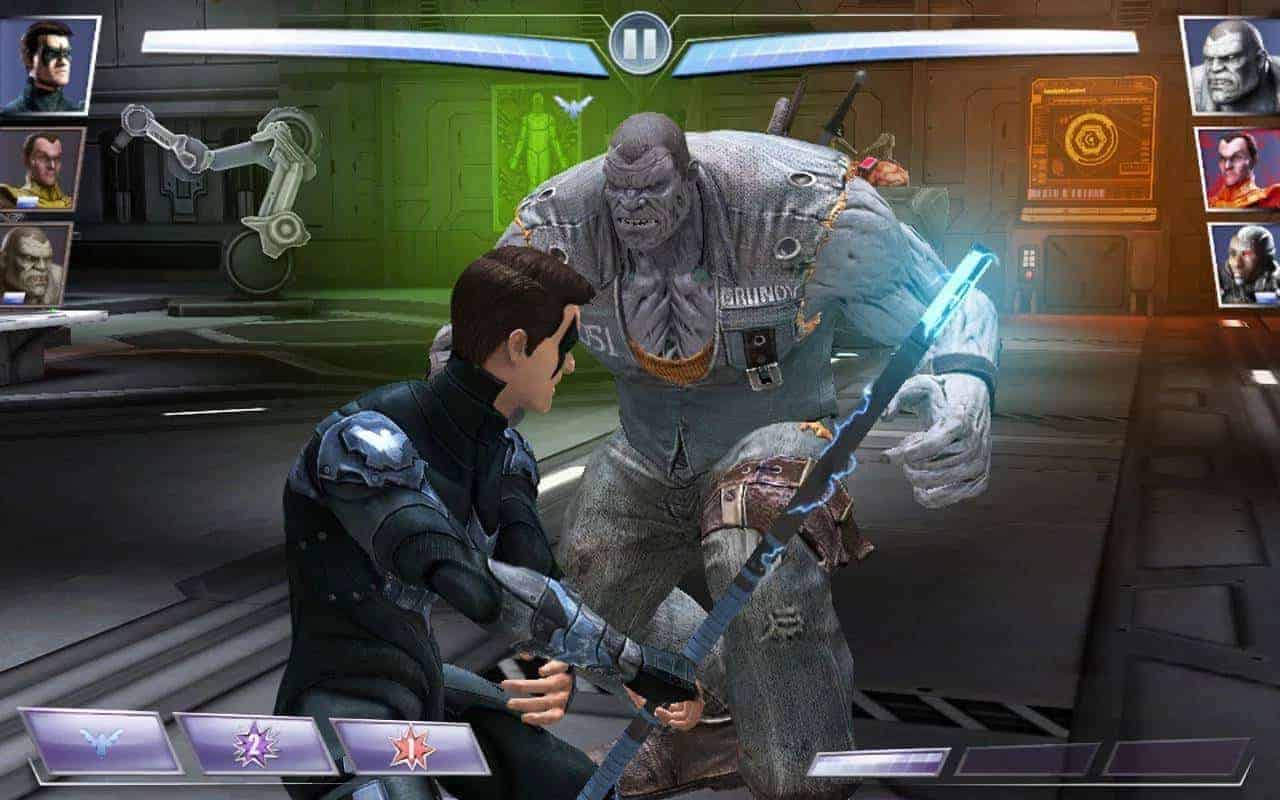 Injustice is going to play out a lot like Batman Arkham Origins. The combat is tap and swipe featuring a collection of the characters from the console version of the game. It’s sort of a mix between a card battler and a fighting game, in the sense that the heroes and villains you can play as are collectible cards. Graphics are great here and if you’re someone who likes a visually stunning game, you shouldn’t be disappointed.

Sentinels of The Multiverse 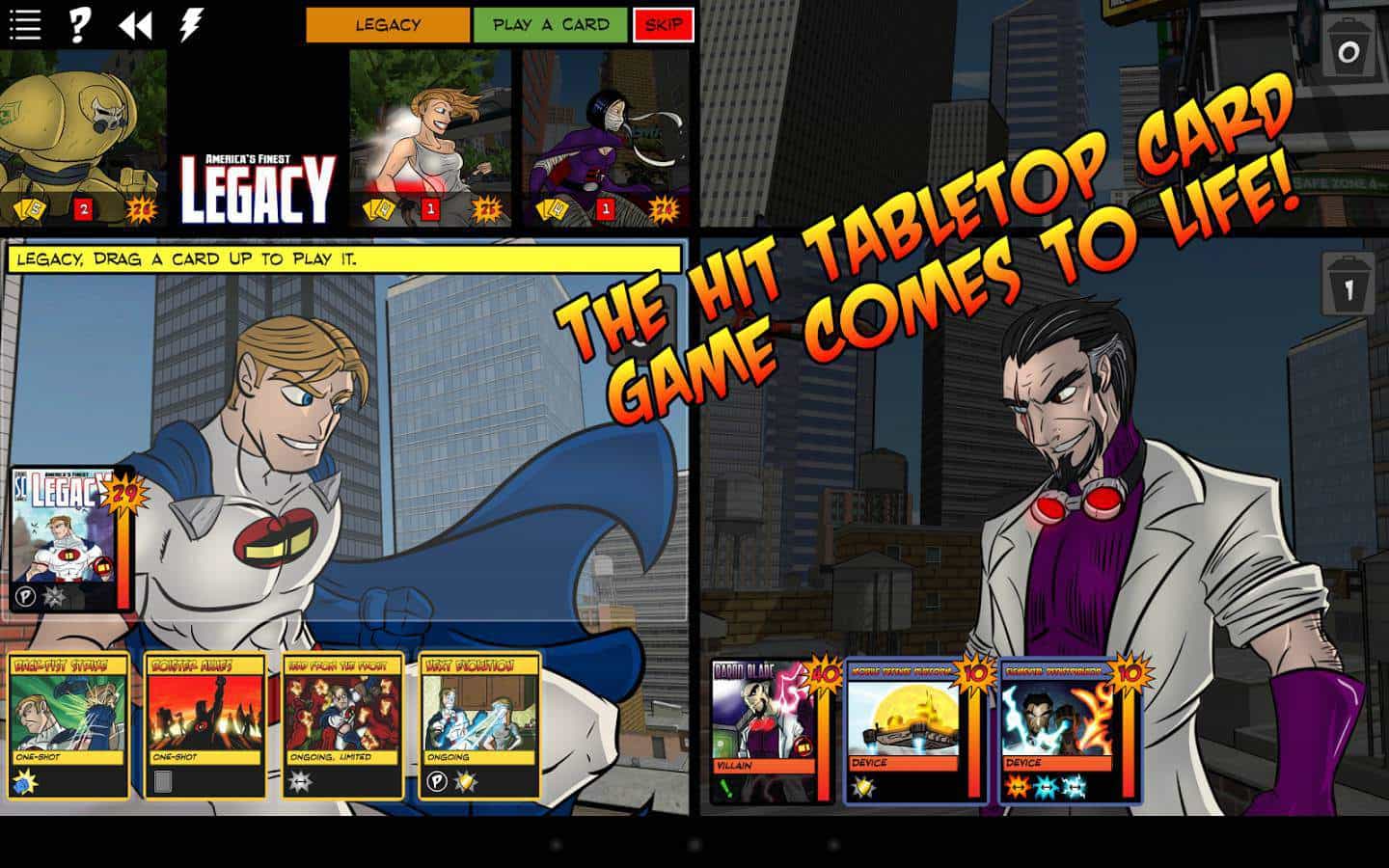 If you want a breakaway from the video games you’re used to playing, but still want a helping of super hero awesomeness, try out Sentinels of the Multiverse. This digital version of the hit board game doesn’t miss a beat and provides hours of fun with you and multiple players, as you can pass and play when each player hits their turn, or you can simply go solo. The goal of the game is to join up as a team of heroes and defeat the evil villains, with 10 different heroes to play you’ll be able to face off against 4 villains across 4 environments. You can also pick up expansion packs in game for a fee. 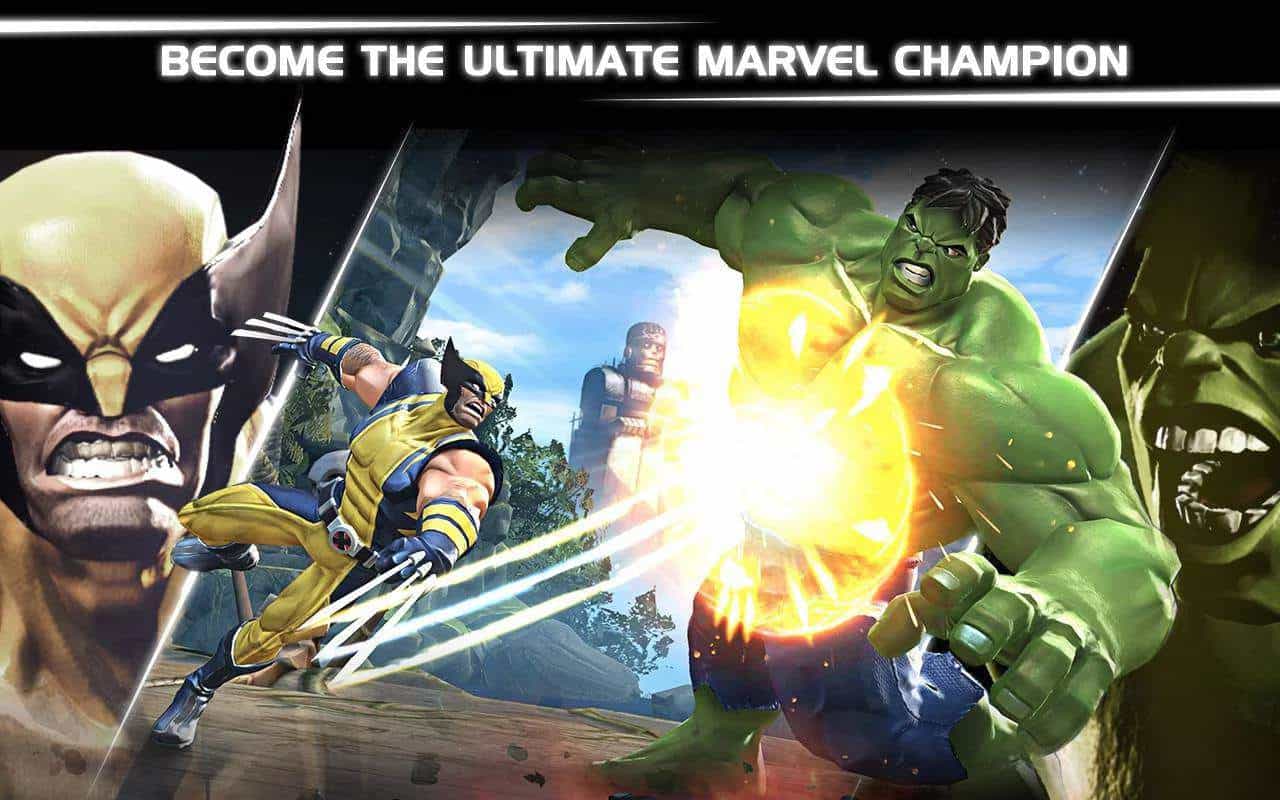 This is essentially another tap and swipe fighter, with the storyline playing out like a comic book with story boards laid out like comic pages. You can play the game solo and collect multiple heroes to fight with, or you can link up with friends and start an alliance to take on the toughest of enemies. While much of the gameplay will be battles between different heroes and villains, there will be timed events and quests to complete as well. 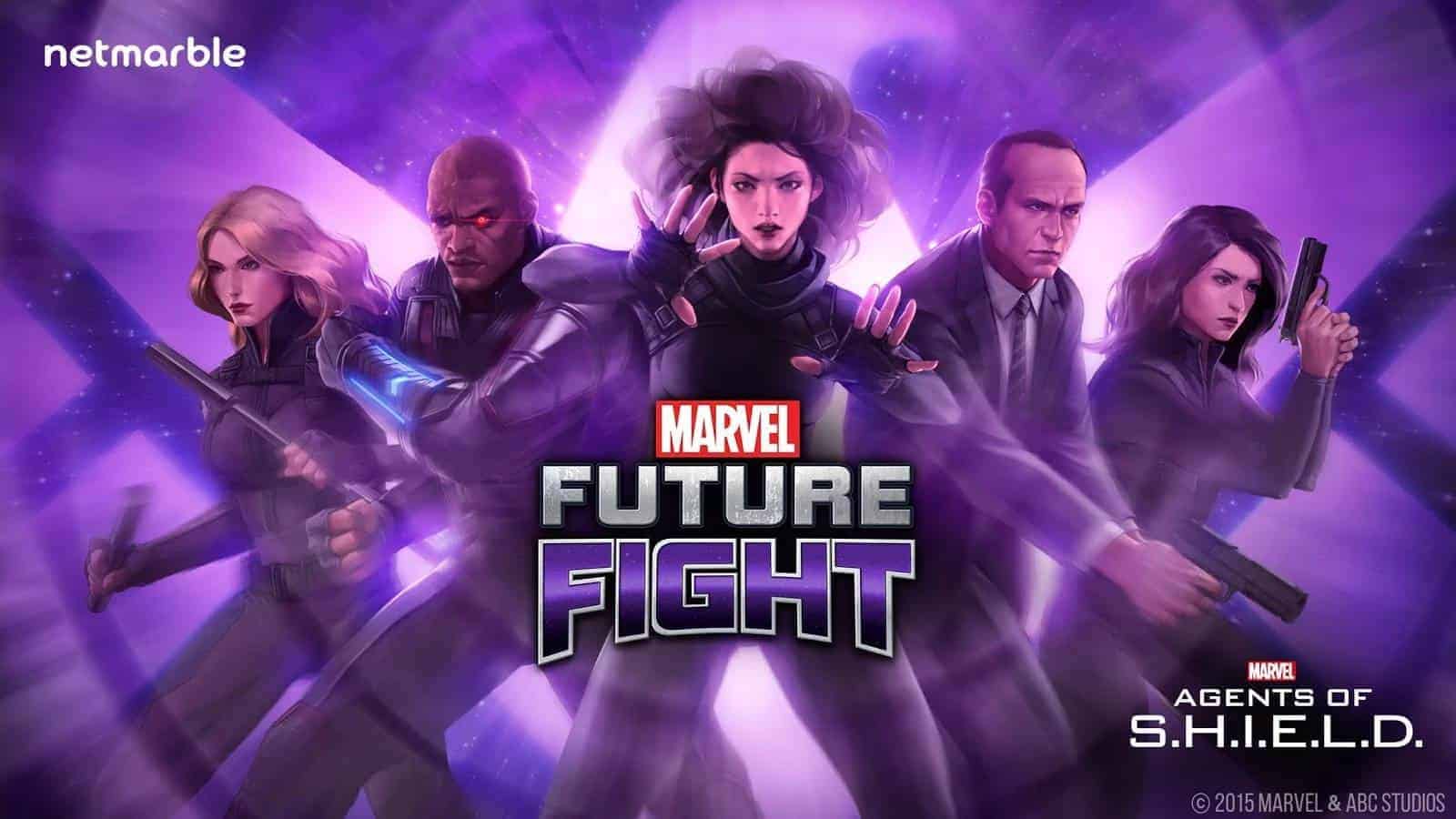 Marvel Future Fight is an action RPG hack and slash of sorts set in the Marvel Comics universe. As the name suggests you’re fighting for the fate of the future and will have plenty of heroes to collect and play as, and will need to put together a team of heroes for each mission. You can swap back and forth between your chosen heroes at any point during the missions and utilize the skills and abilities best suited for specific fights as well. NetMarble also just released a new Agents of S.H.I.E.L.D. update adding in characters from the show to be part of the game. Once you need a break from the single player campaign mode, you can move into some 3 on 3 PvP battles against other players. Also, this is a free game with plenty of content and lots of action, making it one of the best super heroes games available.