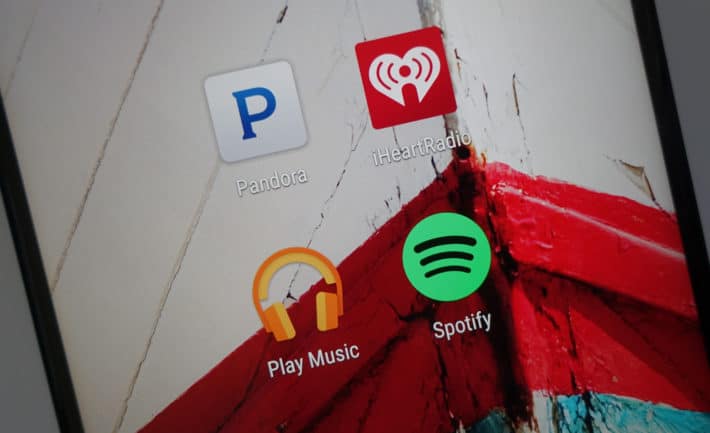 Storage on our smartphones is seemingly limited these days – unless you take a look at the Nextbit Robin. One thing that we can rely on the cloud for is our music. While many may still want to have some music downloaded for playback offline, it's a much better idea to try out a music service like Google Play Music or Spotify. So let's take a look at the top 10 streaming music apps available on Android today. 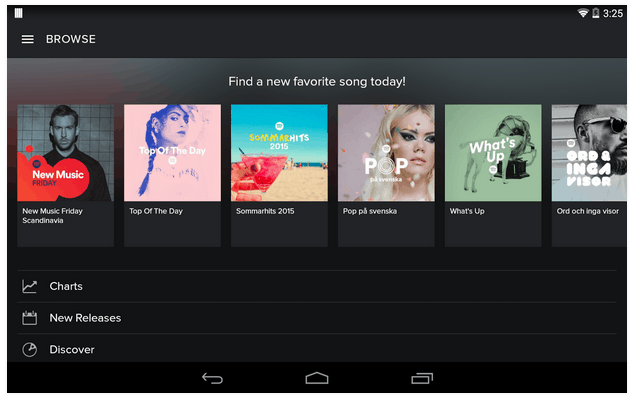 Spotify is probably the most popular streaming music service out there, aside from Google Play Music. Spotify has both a free and paid version, however you can only download music for off-line playback through the paid or premium version which will cost you around $10 per month. Spotify is also available on just about every platform, even MirrorLink. 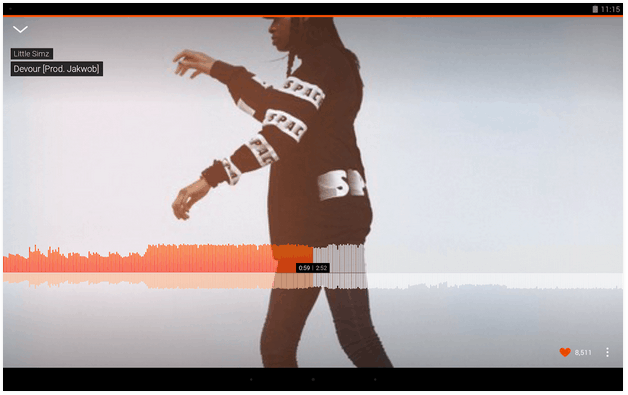 Now when it comes to SoundCloud, there's a bit more here than just music. Basically any form of audio is available on SoundCloud, including podcasts and e-books. On SoundCloud you'll find a lot of artists that haven't quite made the big time and been signed to a label yet. So if you're looking for the next big thing, this is a great app to check out. 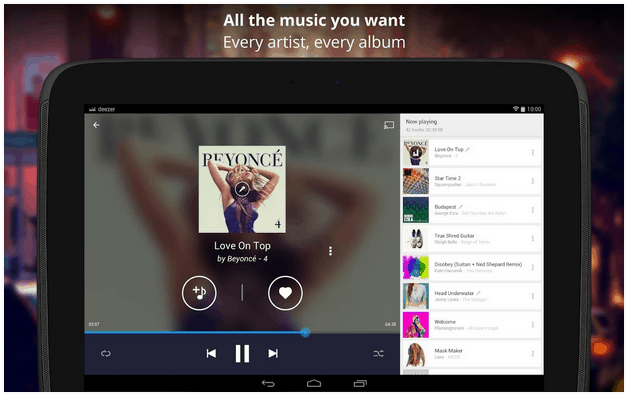 Deezer is also available in both free and paid versions. The biggest feature of the premium version is the lack of ads and 320kbps audio, which for the audiophiles out there, that's a pretty big deal. You can also sign up for a 15-day trial of Deezer premium and see if it's worth your cash before throwing down the cash for it. 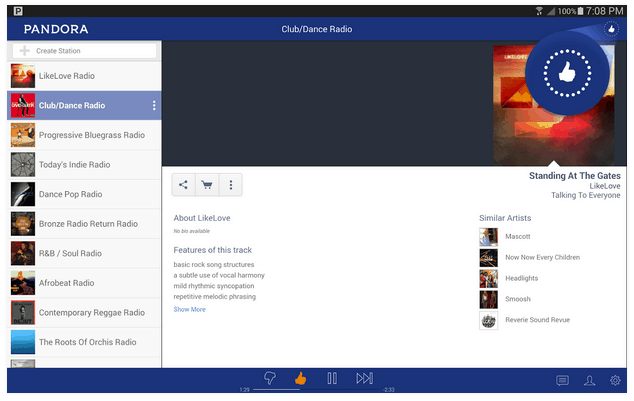 Probably the original, in a lot of people's minds. Pandora is great for putting together radio stations based on your likes and dislikes. It's also free, however if you want unlimited skips and no ads, then you'll have to sign up for Pandora One. Otherwise, the free version gets you about 6 skips in an hour and plenty of ads to offset the cost. 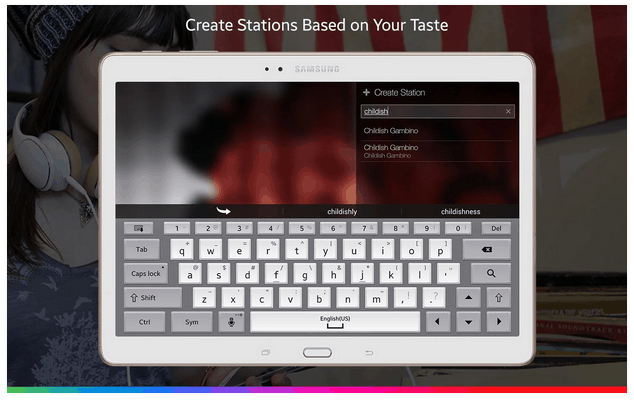 This is Samsung's attempt at doing their own streaming music service. It's actually powered by Slacker, so if you've used Slacker and loved it then you will probably love Milk Music as well. It's free and works on all Android devices as well. Samsung Milk Music has all kinds of great playlists available as well. 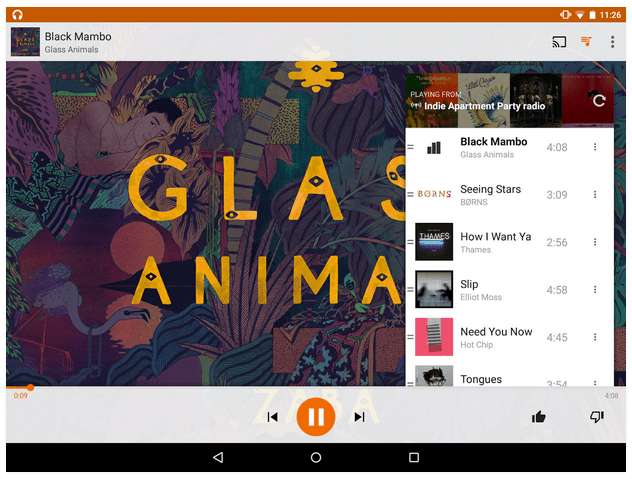 Play Music has been around for quite a while. It started out as a place where you could upload up to 25,000 songs and stream them for free. Then in 2012, Google added All Access (now music unlimited) where you can get access to millions of songs and play new albums, make playlists and so much more for just $9.99 per month. It's a great product for those that are invested in Google's ecosystem. 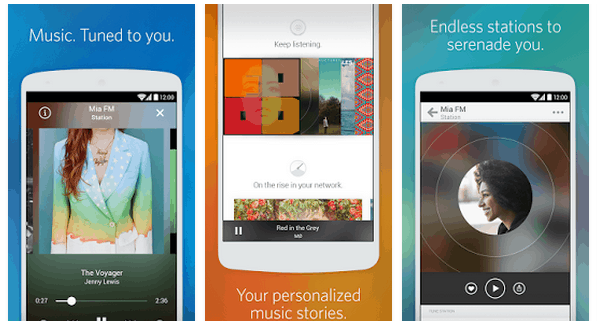 Rdio is another great alternative to streaming music, no matter where you are. Rdio has over 35 million songs available for streaming. You can choose from customizable and personalized playlists, playing full albums, songs and more. Rdio is available on your smartphone, laptop, tablet, Chromecast and even Sonos. 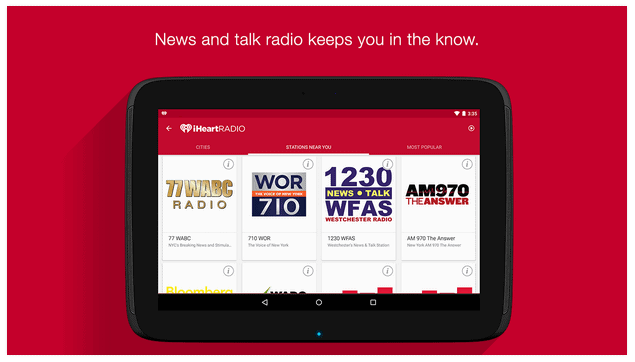 Not quite a streaming music app, at least not like the others in this list. iHeartRadio houses all of the Clear Channel stations throughout the US. So you can listen to live radio stations anywhere. But there are also curated radio stations available. This is completely free, although there are ads inside, which is how the company offsets the costs of streaming for free. 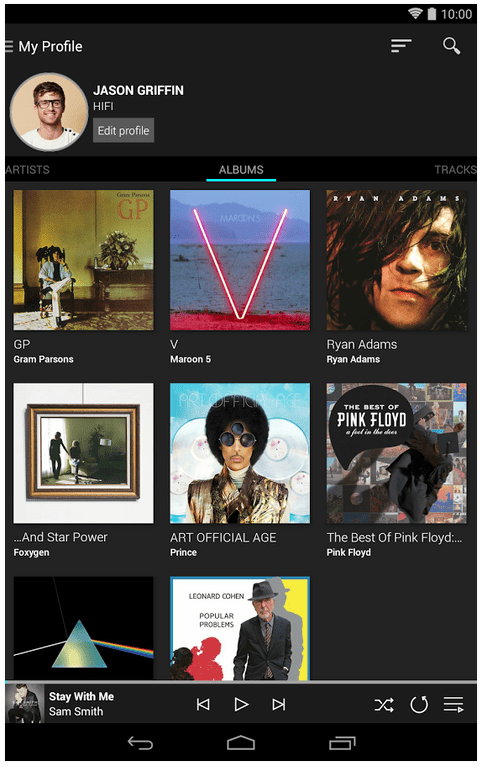 Those audiophiles out there probably love TIDAL. As it offers lossless music and costs $20 per month. A bit pricey, but the quality of the music that it streams is just unreal. It brings High Fidelity audio along with over 75,000 HD videos that are also available for streaming on your smartphone, laptop, tablet and anywhere there is a browser. 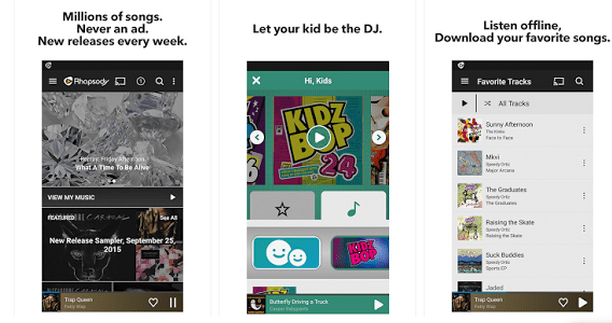 Yes, Rhapsody is still around. And it's still $9.99 per month. It offers millions and millions of tracks, without a single ad. Rhapsody also allows you the option of downloading songs for listening offline, a great option for those that are planning on traveling or being somewhere without a data connection.