Chromecast is a pretty cool dongle from Google, which brings the ability to cast video from your smartphone or tablet to your TV. There are many apps available for Chromecast and we have a number of them here. You can pick up a Chromecast from the Google Store or Best Buy for just $35. It’s definitely worth the price. 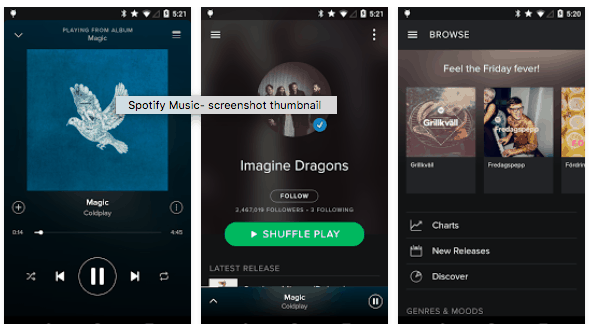 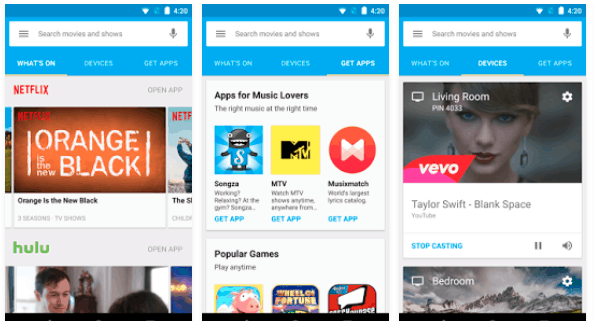 The Chromecast app used to be used just to setup your Chromecast device. But now Google has added some great features to it. Allowing it to show you what’s playing right now. Pulling in data from apps installed on your phone like Sling, Netflix, Hulu and more. It also shows recommended apps, so you can get even more out of your Chromecast. 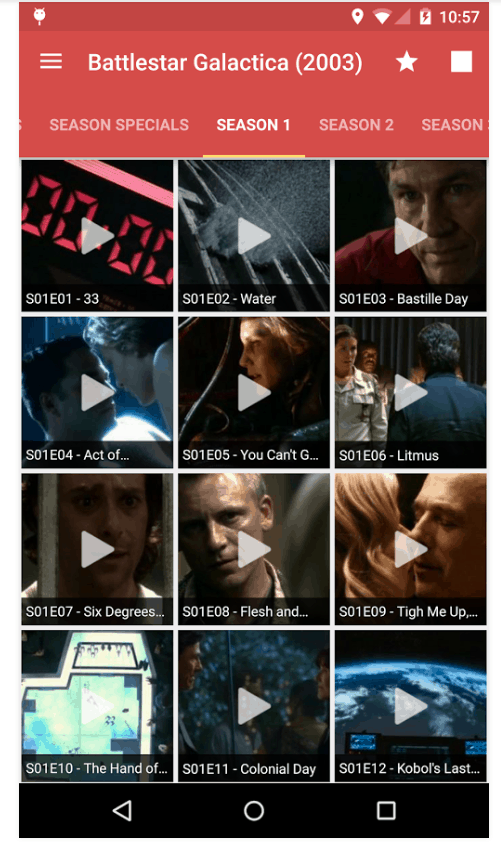 Some apps allow you to play videos in native video players, but don’t offer Chromecast support. AllCast does. So you can play videos that you’ve saved or even taken on your phone and play them on your Chromecast. AllCast is free, however, you only get to use it for 5 minutes before you’ll need to buy it to continue using it. For $4.99, it’s definitely worth the price. 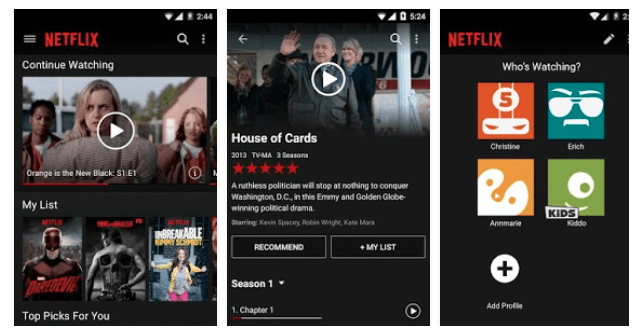 Netflix was actually a launch partner for Chromecast back in 2013. You can easily cast your favorite movies and TV shows over to your TV from your smartphone, tablet or even the browser on your computer. It’s really simple. Both devices will need to be on the same WiFi network, as you’d expect. 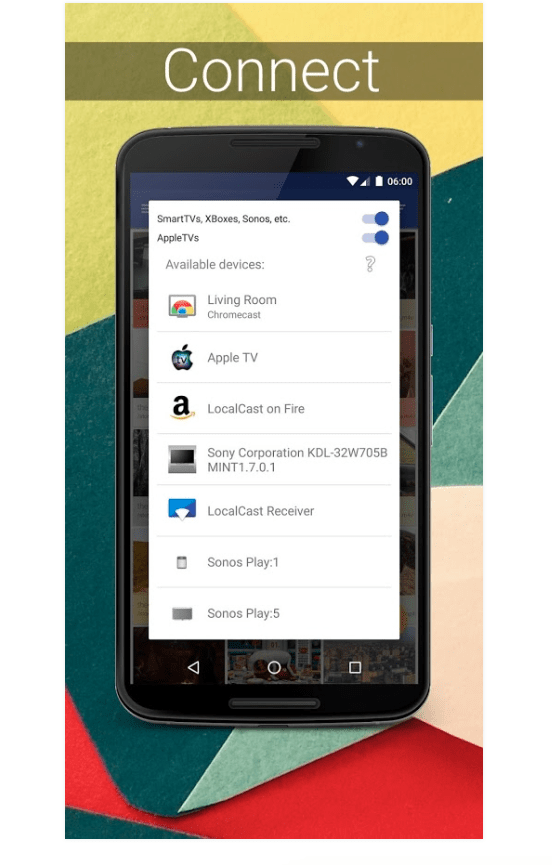 Similar to AllCast, LocalCast works great for playing video from apps that don’t have Chromecast support. It also works great for videos that are saved on your phone or tablet, and you want to cast it to your TV to allow everyone else to see the video. Additionally, it has support for Google Drive, Google+ and OneDrive. 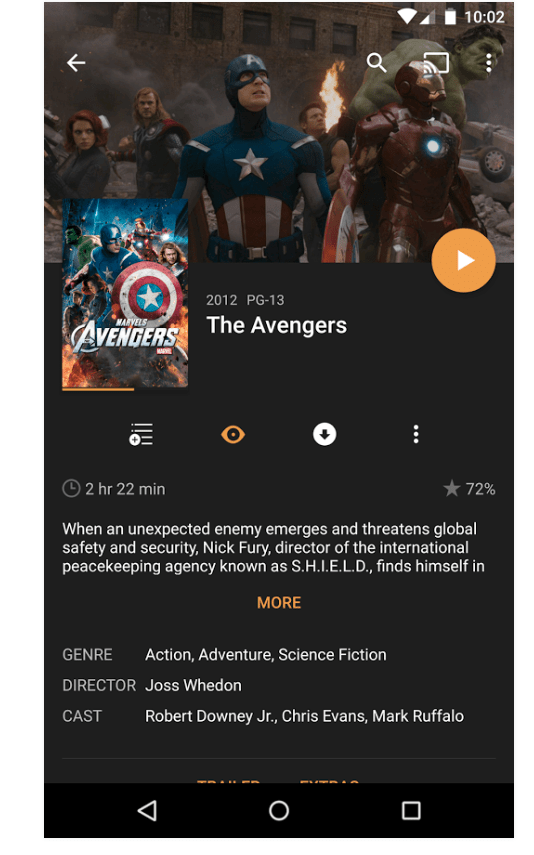 Have your own personal collection of movies and TV shows? Great. With Plex you can turn your computer into a server to serve those videos to smartphones, tablets, and TV’s throughout the house. With Chromecast support, you can cast your favorite movies or Shows to your TV with ease. It’s very simple to set up, and Chromecast support is a paid upgrade. 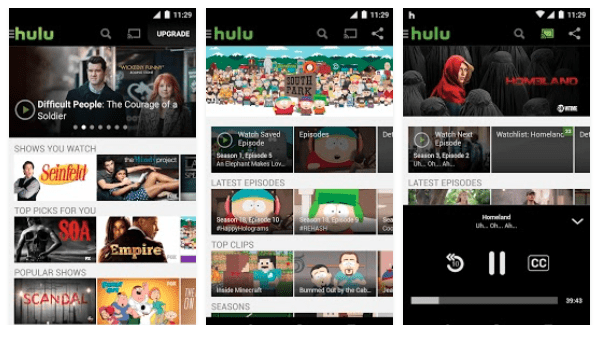 Like Netflix, Hulu was also a launch partner for the Chromecast back in 2013. Hulu is known as being the best way to catch up on your favorite TV shows. And now you can do so from your TV. With the Hulu app installed on your phone, you can simply use the Cast icon to throw the video onto your TV. Ads and all. 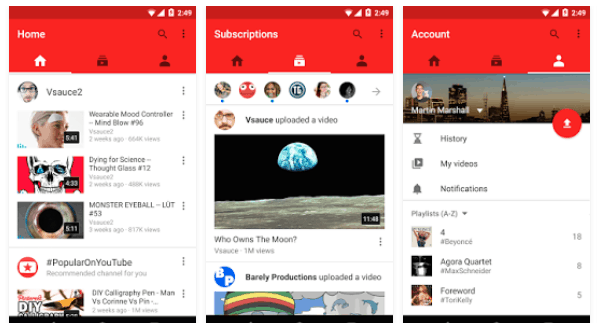 Can’t have a Chromecast and not use YouTube, right? YouTube has endless content that looks great on the big screen, especially if you have a 4K display. And the fact that you can control it with a smartphone or tablet is even better. Throw up your favorite music videos, podcasts, or even some Android Headlines videos, because we know you’re subscribed to us on YouTube. 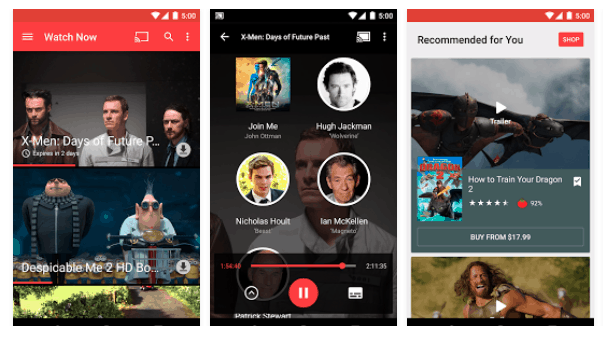 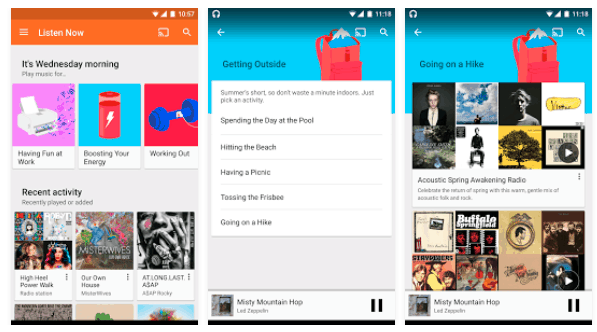 Google’s Music service is also available to cast onto your TV. With Google Play Music Unlimited, it’s even better. This means you can cast any of around 30 million songs onto your TV, as well as playlists, albums and much more. This also includes the up to 50,000 songs you have in your collection for Google Play Music.