Chinese smartphone manufacturer, Bluboo, is preparing a smartphone range called the Xwatch. Bluboo is positioning the Xwatch as Android Wear’s first dedicated sports smartwatch and as such the hardware includes features dedicated to improve how the watch can track sports and fitness activity. The Xwatch will include GPS, an altimeter, barometer and heart rate sensor. These sensors will work in conjunction with one another: the altimeter may be used by the software to determine how many floors the wearer has climbed or descended during the day, aided by the GPS, pedometer and barometer. Unfortunately, we do not yet know the other specifications of the Xwatch device such as the chipset used on the device, if it has WiFi or not, the size, type or resolution of the screen, nor the battery capacity. Most Android Wear devices so far has used a Qualcomm Snapdragon dual core processor equipped with 512 MB of RAM and 4 GB of storage, but Bluboo may perhaps be trying a different hardware combination. On the battery capacity front, given that fine location tracking via the GPS radio uses a lot of power, perhaps Bluboo will equip the Xwatch with a large capacity battery in order to help things on this front.

It’s also not know the size of the device and the price, or where it will be sold. We understand that Bluboo is planning on releasing their Xtouch smartphone into the Indian market and it seems reasonable that the Bluboo Xwatch may also follow this launch. However, we do not know the cost of the device or the launch date. These are details we expect to be completed in the coming months. However, it is exciting that more and more companies are joining in on the smartwatch scene, especially those using Android Wear as the operating system. It is also important that Chinese manufacturers are working on Google’s wearable technology, as until very recently this was not the case owing to the lack of Google Play Services being available in China, which is now changing. Android Wear is compatible with both Android and iOS devices. Additional devices being launched into the market will increase price competition and this in turn should overall push prices down.

Our final observation is that Bluboo’s claim that the Xwatch is the world’s first dedicated sports Android Wear smartwatch claim might not be entirely accurate. In some markets, Motorola’s second generation Moto 360 Android Wear smartwatch is being sold as a normal version and a sports version and this is already available. The Moto 360 is also a round-face smartwatch design, too. Bluboo’s press release cites that although the Moto 360 is also being sold as a sports watch, there are no dedicated sports design changes compared with the normal Moto 360. However, regardless of the authenticity of Bluboo’s claim, that the new watch is being prepared is exciting. This is a developing story and we will keep you in the loop. 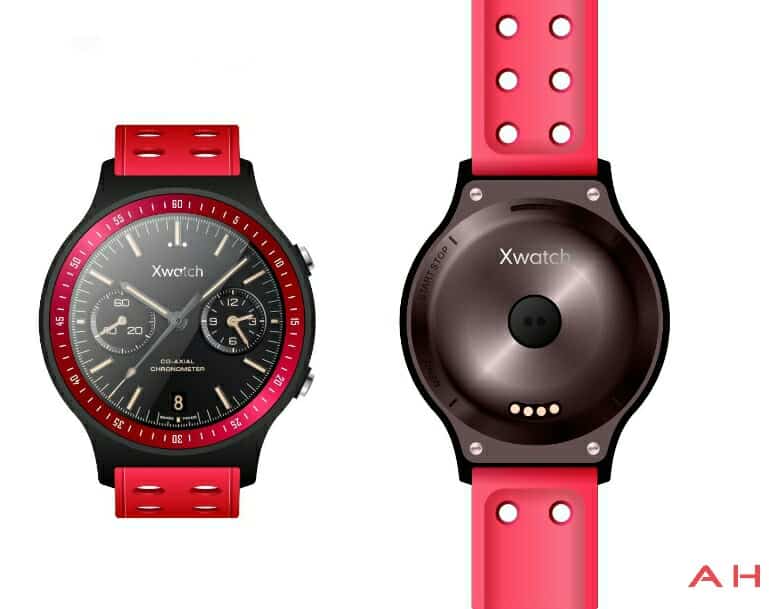