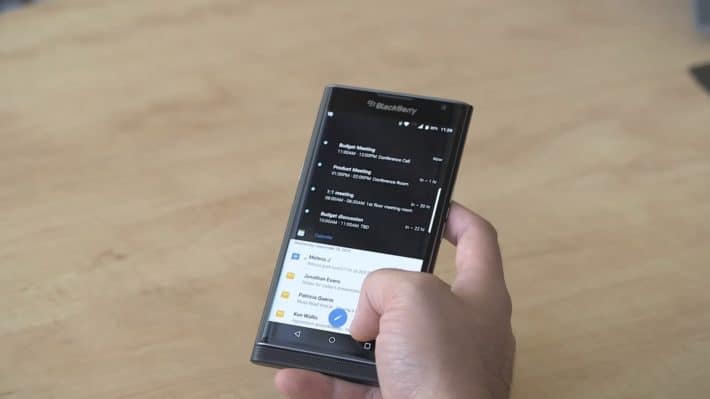 There is little doubting that the next device to be released from BlackBerry is a big deal. In spite of the company seeing considerable sliding sales and adoption levels of their smartphones over the last few years, the latest device, the BlackBerry PRIV, is one which all eyes will be family watching over the next few weeks and months. This is of course, thanks to the fact that the device does come running on Android. Making it the first BlackBerry device to ever come running on Android. In fact, this is even one which BlackBerry has hinted could be a make or break device for them.

Over the last few weeks, a lot more of the detail regarding PRIV has began coming to light, thanks to what clearly seems to be the promotional period for the device prior to its launch. In fact, it was only a few hours ago when a new hands on video emerged showcasing what the PRIV looks like and is capable of. This video came courtesy of UK retailer, Carphone Warehouse.

Following on from that video, it now looks like another video has surfaced and this one is not a retailer or leaked. Instead, this one comes directly from the source and seems to be what is probably the first official promo video for the PRIV. Thanks to the number of leaks, images and content that has already come through, the video does not provide anything too revealing and is only a little over forty seconds in duration. Although, it is still nice to see the PRIV starting to get some official airtime as this will likely lead to much more details emerging over the coming weeks and in the buildup to the final launch event. For those who are already sold on the device and planning to pick up the BlackBerry PRIV as soon as possible (or would just like to be kept in the loop officially), then BlackBerry also recently opened up a pre-registration page for the device. In the meantime though, if you would like to check out the latest promo video then you can by hitting play below.