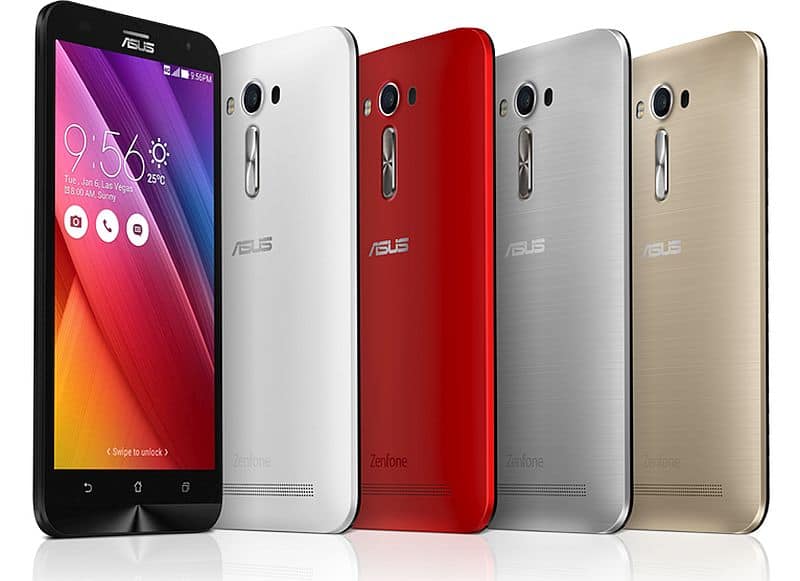 Asus has released quite a few ZenFone 2 devices this year. The company's ZenFone smartphones are all based on Android, and they actually look quite similar, especially if you look at them from the front. The Asus ZenFone 2 is quite probably the most recognizable smartphone out there, one of the ZenFone 2 variants actually sports 4GB of RAM, and was the first smartphone to sport that many RAM on the inside. Other than a couple of ZenFone 2 devices, Asus has also introduced ZenFone 2 Laser, ZenFone 2 Selfie, ZenFone 2 Zoom… and so on. Anyhow, the ZenFone 2 Laser was announced back in August, but it wasn't available for purchase until this month, read on.

The device is rolling out to Asia first, and it's India's turn. Asus has decided to release the ZenFone 2 Laser to the Indian smartphone market. The company has opted to release the higher-end model which packs in 3GB of RAM, while they've also announced the 2GB model back in August. The Asus ZenFone 2 Laser 5.5 (ZE550KL-1B122IN), which is the official name of this device in India, features a 5.5-inch 720p (1280 x 720) display with 72% screen-to-body ratio. Corning's Gorilla Glass 4 is placed on top of this display in order to keep it safe, in case you were wondering. The device is fueled by the Snapdragon 615 64-bit octa-core SoC along with an Adreno 405 GPU for graphics. The 13-megapixel snapper is available on the back of this phone (f/2.0 aperture, Laser Autofocus, Real Tone flash), while there's a 5-megapixel shooter (f/2.0 aperture, 85-degree wide-angle lens) located up front. The phone packs in 3GB of RAM and 16GB of internal storage (expandable up to 128GB via microSD card), while a 3,000mAh battery is also a part of this package. This phone does offer 4G LTE connectivity, and Android 5.0 Lollipop comes pre-installed here with Asus' Zen UI 2.0 skin on top of it. The phone measures 152.5 x 77.2 x 10.8mm, while it weighs 170 grams.

The ZenFone 2 Laser 5.5 comes in Pure Black, Glamour Red and Ceramic White color options, and is priced at Rs. 13,999 ($215) in India. The device is already available for purchase in the country through Flipkart, in case you're interested.