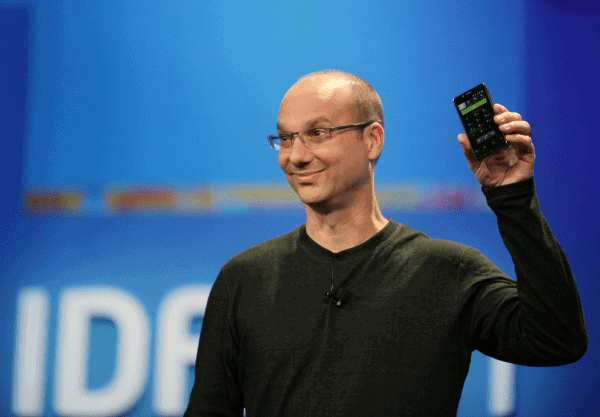 Many science fiction books, shows and movies include at least a reference to artificial intelligence in one form or another. It's a glamorous idea: we can instruct a machine to do something for us and it will think beyond our instructions. Today, we are surrounded by robots and I will use the example of the humble dishwasher, which is essentially a robot that does a chore we once did standing up at the kitchen sink. Under current thinking, there would be no point in including Internet connectivity on the dishwasher because there is no way to interact with the dishwasher. It needs to be loaded, set and unloaded, but that's it. But what if there were a way to make the dishwasher that much smarter? By itself, the dishwasher is unaware of any way it could be smarter, but provide it with the knowledge of when water and electric rates are at their lowest, when the family need the contents to be washed and when they are watching television in the next room, the dishwasher can start to apply some artificial intelligence. For this, it needs a source of data and that's where the online connection comes. However, current technology is leaning on Cloud systems to provide artificial intelligence and we can use the Cloud to provide our dishwasher with the decision-making ability.

Andy Rubin, the grandfather of Google Android and a significant and influential individual in the technology industry, has been talking with Recode at the Code Mobile conference, California. His belief is that the next major phase of computing will be concerned with making current devices smarter without covering them in a touchscreen and a traditional user interface. He believes that new technology may be applied to existing (or near-future) devices in order to make them smarter. Andy explained that some of the areas he is focused on include interacting with appliances and swimming pools through his new business venture. One investment is "Connected Yard," which is a business building devices that constantly analyse the chemical constitution of a swimming pool.

Andy has an interesting history when it comes to the mobile industry. He joined Google in 2005 when the search engine giant bought Android. Prior to working with Google and Android, he worked on a company called Danger, which were building an advanced cell 'phone. Danger was ultimately purchased by Microsoft in 2008. During his career at Google, Andy wound up working in the Google X laboratory. However, in 2014 Andy left Google to start a new business venture, called "Playground Global." Playground is an incubator business that is designed to support new hardware companies, such as Connected Yard, the above mentioned swimming pool water analysis – and the type of business that Silicon Valley is becoming inundated with. Silicon Valley had been driven by software and Internet businesses for many years, but now companies such as Pebble, Dropcam and Nest have captured the hearts and minds of the world's biggest technology businesses. A good example of this is in the form of the Apple Watch and Google's Android Wear smartwatches.

One of Andy's observations is that the mobile market can change at any time, citing the example that in the mid 2000s, the last thing that the world appeared to need was a new mobile operating system, but the world needed open software such as Android. Nokia's Symbian was the dominant mobile operating system, but it was not optimized for touchscreen devices. Andy adds: "What we have today that we didn't even have three years ago is consumer choice. The consumer can choose, they can also do a lot with their phones they wouldn't be able to do with Symbian and different configurations of their phones. Android, because it's open source, there's just a ton of good ideas, but those good ideas need to basically be curated by the consumer." Since 2005, Symbian has been converted to open source and has disappeared from new devices.

As regards Andy's opinion of where the technology market is heading, it sounds familiar and could be liked to the age-old story of when there's a gold rush, don't dig for gold – sell the picks. Backing those businesses able to convert traditional machines and devices is perhaps where the smart money is heading. Another point that Andy makes is Microsoft's decision to open up Office and make the applications available for the competing platforms of Android and iOS shows creative thinking and could be the thing to pull Microsoft up to the next level.