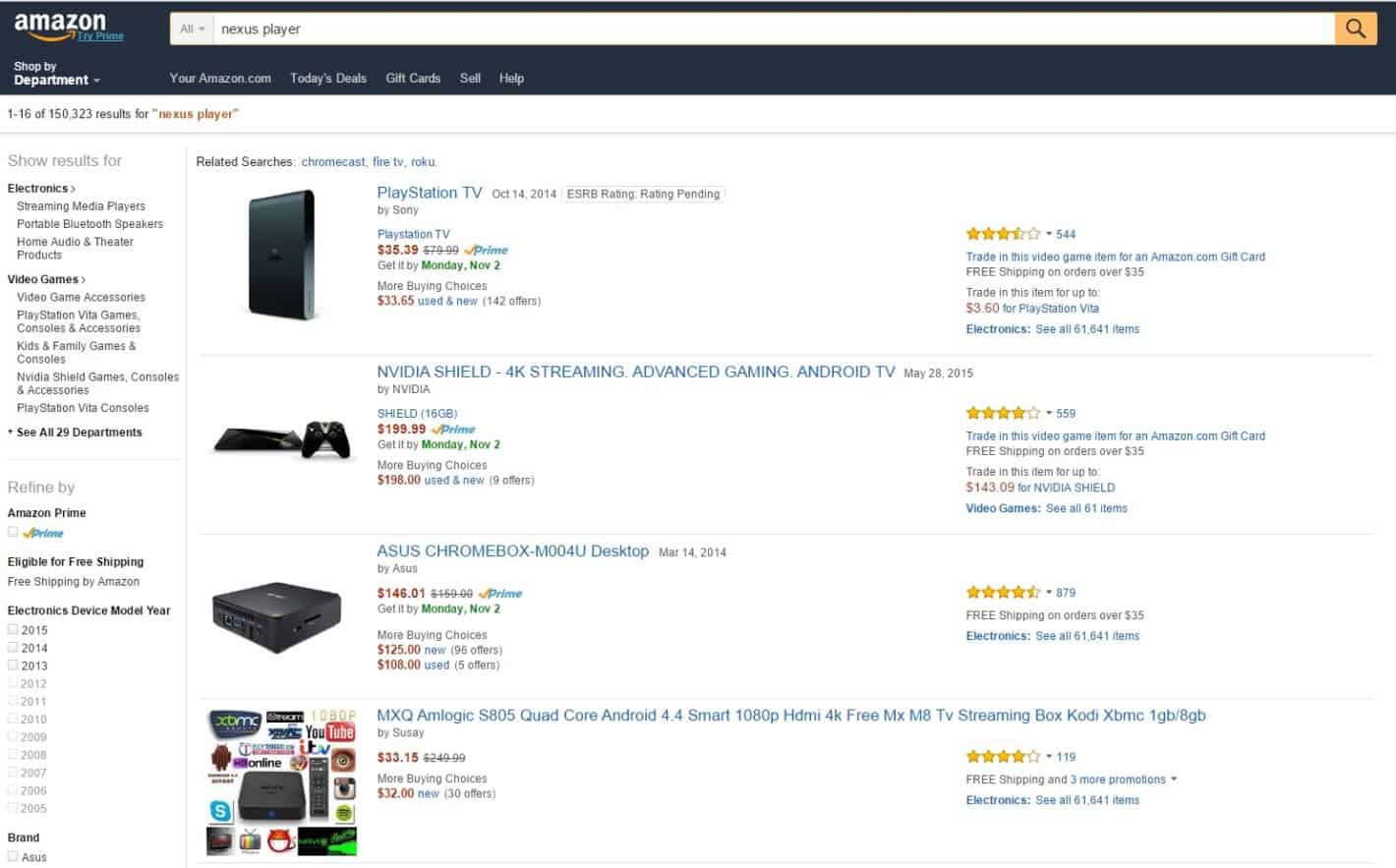 Back at the start of October, an interesting report emerged about Amazon. The report focused around an email which Amazon has reportedly sent out to its sellers advising that they were planning on discontinuing listings for a number of products. In particular, products such as Google’s Nexus Player, Google’s Chromecast and Apple TV. The date which was given in the leaked information for the discontinuing of these products was October 29th, which is today and true to their word, Amazon does seem to have now removed all traces of these products. To be clear, this includes the mentioned products from third party sellers. Now, when you do a search for “Nexus Player” or “Chromecast” you are directed to everything but, including Amazon’s own products like the Fire TV or Fire TV Stick.

The reasoning behind the move, was that Amazon apparently did not want people getting confused with products that do not support their services. So in the case of the Nexus Player or Chromecast, we are talking about the likes of Instant Prime Video. Well, interestingly, it does seem there is some contradiction here as competitor products like the NVIDIA SHIELD and Razer Forge TV are still showing up when searched for. In fact, they show up along with Amazon’s Fire products when you search for the Nexus Player. Both of these products also run on Android TV and essentially do not differ to the Nexus Player. Other than of course, the Nexus Player is a ‘Google product’ and the others are not.

In fact, it seems Amazon has gone all out with this. As after checking for a few of the accessory items like the Nexus Player’s Gamepad, these also seem to have now gone. If you Google search “Nexus Player Gamepad Amazon” the trace link remains but when clicked you will only be directed to a 404 error page, as you can see in the image below. Which essentially confirms that they are not only not showing up in Amazon’s results, but the pages have been fully removed. However, this only applies to accessories associated with Google. So for instance, third party accessories for the Chromecast remain available. As such, if you had been thinking about picking up the latest Chromecast, Chromecast for Audio or the Nexus Player, it does not look like you will have to go elsewhere to find them.