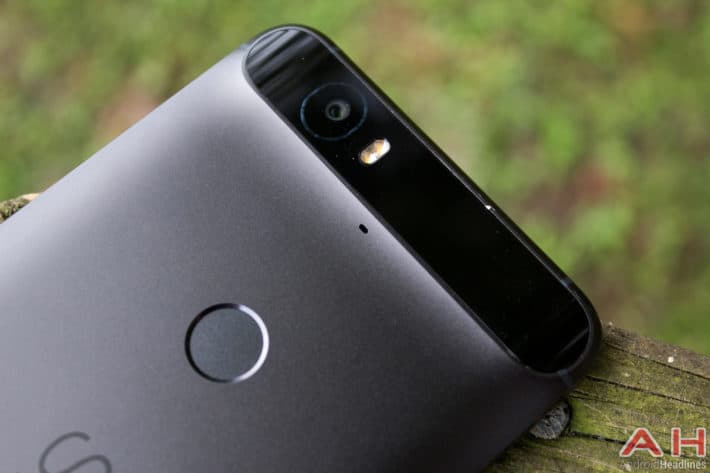 Google officially unveiled its latest Nexus smartphones last month, and the devices have reportedly just started reaching their rightful owners. The one feature that has elicited a lot of interest from prospective buyers of the devices is the 'Nexus Imprint' fingerprint scanner, which is integrated into both smartphones, making the 5X and the 6P the very first set of Nexus devices to come with the feature. Myriad other companies like Samsung, HTC, Apple and a whole host of Chinese brands though, have already been shipping smartphones with integrated fingerprint scanners for a while now, leaving Google a little behind the curve, surprisingly. While the fingerprint reader on Samsung's Galaxy S6 is a product of Synaptics, Apple's much talked-about Force ID comes from a biometrics firm called Authentec, which was acquired by the Cupertino-based tech giant for $356 million precisely because of the company's fingerprint authentication technology.

Talking about biometrics firms in charge of manufacturing fingerprint scanners, the one company that often tends to get the short stick is Fingerprint Cards AB. The Sweden-based company was once believed to have been an acquisition target of Samsung Electronics, and the biometrics company even put out a press release to that effect a couple of years back, claiming that the South Korean multinational had agreed to buy out the firm for as much as $650 million. Curiously however, the company had to retract its assertion at a later date, after the claim itself was denied in no uncertain terms by Samsung. What went on behind the scenes, leading to the strange sequence of events may never be fully known, but the once-unknown company is now finally getting its due recognition as one of the premier makers of consumer-grade biometric fingerprint readers to be used in modern smartphones.

While that bizarre turn of events as regards the acquisition drama may or may not ever be fully forgotten, the biometrics firm based out of Gothenburg is today churning out fingerprint sensors for not just the two high-profile Nexus smartphones, but for a whole host of other remarkable devices including, but not limited to, the OnePlus 2, the LG V10, the Huawei Mate S, the Oppo R7 Plus, and the much-rumored Nextbit Robin. By all accounts, the fingerprint readers in all the aforesaid devices are not just quick, but also accurate and reliable to a fault. Meaning, fingerprint authentication technology is less of a gimmick and more of a genuinely helpful feature in modern smartphones. The software algorithm for the sensors from Fingerprint Cards meanwhile, comes from yet another Swedish company called Precise Biometrics, whose 'Precise BioMatch Mobile' is said to be behind the hardware sensors found on all of the aforementioned devices, barring the LG V10.

Consumer-grade biometrics in general and fingerprint-reading technology in particular, has come a long way since Motorola's former CEO Dennis Woodside lamented the lack of high quality, accurate and reliable solutions in the market, forcing the company to forgo the feature on its last generation smartphones including the Nexus 6. While Authentec continues to be a respected name in the biometrics industry, other, less fancied companies, have now pretty much caught up with the Apple-owned biometrics firm, thanks to ongoing innovation and implementation of newer and better technologies in their products. As for such newer companies making their presence felt within the sector, Fingerprint Cards would be the one feeling the most vindicated after the drama and the subsequent loss-of-face surrounding its acquisition that never happened.