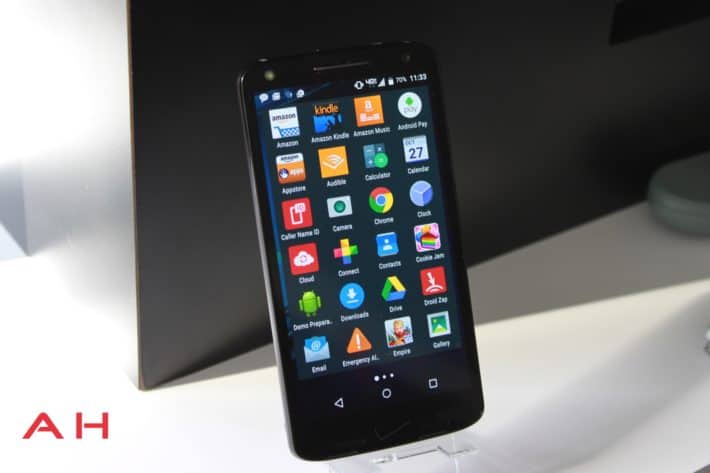 While smartphones have become commonplace over the past several years, some of the features from the so-called dumb phones of old are still hard to find in today's glitzy slabs of glass and metal. While the primary complaint from consumers remains about the battery life of these gadgets, the large slab of glass also doesn't exactly lend itself to drops and hard knocks. With or without the scratch-resistant coating on the outside, it is pretty well understood that the glass on the device will shatter on impact with the ground, when dropped. What's worse is that with today's display panels being fused to the glass on the outside for reasons of cost and aesthetics, the entire display unit needs to be replaced in case of breakage, leading to increased costs of servicing. In one word, today's hi-tech mobile phones are a long way away from the legendary Nokia 3310, which inspired legions of internet memes because of its reputation of being indestructible under just about any circumstance.

Now, all those nightmares for smartphone owners might well be a thing of the past – or at least on its way towards becoming a thing of the past – with Motorola's new Droid Turbo 2, which professes to come with what the company is advertising as a 'shatterproof' glass. The smartphone of course, was unveiled earlier this month by the Lenovo-owned brand, and comes with its patented 'ShatterShield' display technology as its single biggest USP. While the phone itself is not shockproof and the internals might not hold up as well from repeated drops, the glass panel itself is built to last, and Motorola is even offering a full four-year warranty on the display and the embedded lens to prove that it is confident about its product. The company's chief executive, Mr. Rick Osterloh, even took to the stage at the launch of the Droid Turbo 2 and demonstrated that Motorola's lofty claims are for real, when he dropped the phone on a slab of bricks, without so much as cracking the glass.

That however, is not the only live action demo video going around on the net of the Droid Turbo 2's ShatterShield technology on display. CNN also came up with numerous ways to try and break the smartphone's screen, including having a horse jump on it, a bicycle ride over it and indeed, dropping it on the tarmac face down. All of that brutal assault however, only managed to put a few scrapes and dents on the glass, with the phone itself still fully usable, although, quite visibly worse for the wear. While all of the above may not exactly constitute normal daily usage, it is reassuring to know that the technology itself is good enough to withstand a fairly heavy battering.

So how does Motorola do that? Well, according to the company, the new ShatterShield technology is in actuality an integrated system made up of five distinct layers. The real secret lies in having a flexible AMOLED display, which can absorb shocks on account of its flexibility. The whole process however, starts with having a rigid aluminum core. There's also a dual touch layer, which aims to take care of the problem of reduced touch-sensitivity after a drop or two. There's also an interior lens along with an exterior one which protects the display from cracks and dents. While it remains to be seen how well the device holds up in real world usage, if early signs are anything to go by, Motorola definitely seems to have come up with a solution for one of the biggest bugbears of today's smartphones and that can only be a good thing. Mr. Osterloh however, cautioned people from expecting all of Motorola's future models to be endowed with the technology from next year onwards, ostensibly, because of the high cost of implementing the multilayer display tech. He however, did hint at another Motorola handset with ShatterShield coming sometime in 2016, although, there's currently no ETA for it.