Samsung has released four flagships devices this year, Galaxy S6, Galaxy S6 Edge, Galaxy Note 5 and Galaxy S6 Edge Plus. These handsets are the company’s most prominent devices at the moment, but this Korea-based tech giant has also unveiled a number of entry-level and mid-range devices in the last year or so. Their ‘Galaxy A’ line of devices is actually the company’s mid-range line and consists out of four devices at the moment, the Galaxy A3, A5, A7 and A8. That being said, another Galaxy A devices has popped up on GFXBench recently, and it seems like we’re looking at a Galaxy A3’s successor.

The first-gen Galaxy A3 handset has been announced in October last year, and is available since December. That handset is actually Samsung’s lowest-end Galaxy A device, it sports a 4.5-inch 960 x 540 display, 1.5GB of RAM, 16GB of internal storage, an 8-megapixel rear-facing camera, and packs in a non-removable 1,900mAh battery. Well, the Galaxy A3 (SM-A310) handset which has popped up on GFXBench recently sports a somewhat upgraded set of specs, but it’s still very much a mid-range device. It seems like the 2nd-gen Galaxy A3 device will sport a 4.7-inch 720p (1280 x 720) display, 1.5GB of RAM and 16GB of internal storage. The Snapdragon 410 used in the original Galaxy A3 will be replaced by the Exynos 7580 quad-core SoC, and a 13-megapixel snapper will be available on the back of this device. The 5-megapixel shooter will be available up front, and Android 5.1.1 Lollipop will come pre-installed here with Samsung’s TouchWiz UI available on top of Google’s OS.

It seems like Samsung decided to upgrade Galaxy A3’s display and rear-facing camera this time around, and also replaced Qualcomm’s Snapdragon SoC with their very own Exynos processor. We still don’t know when will the 2nd-gen Galaxy A3 handset see the light of day, but considering the first-gen device was announced a year ago, we could see this one launch in the coming weeks. As a side note, Samsung has actually quietly unveiled their long rumored Galaxy On5 and On7 devices in China a couple of days ago, in case you’re interested in checking that out as well. 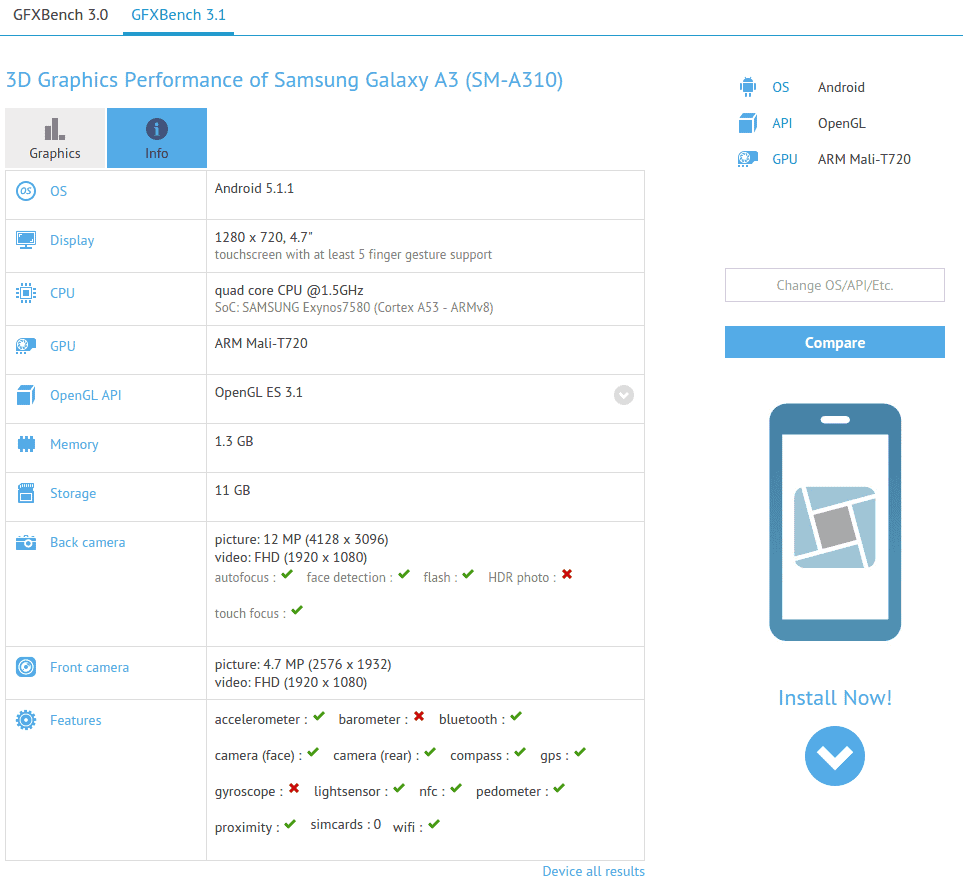