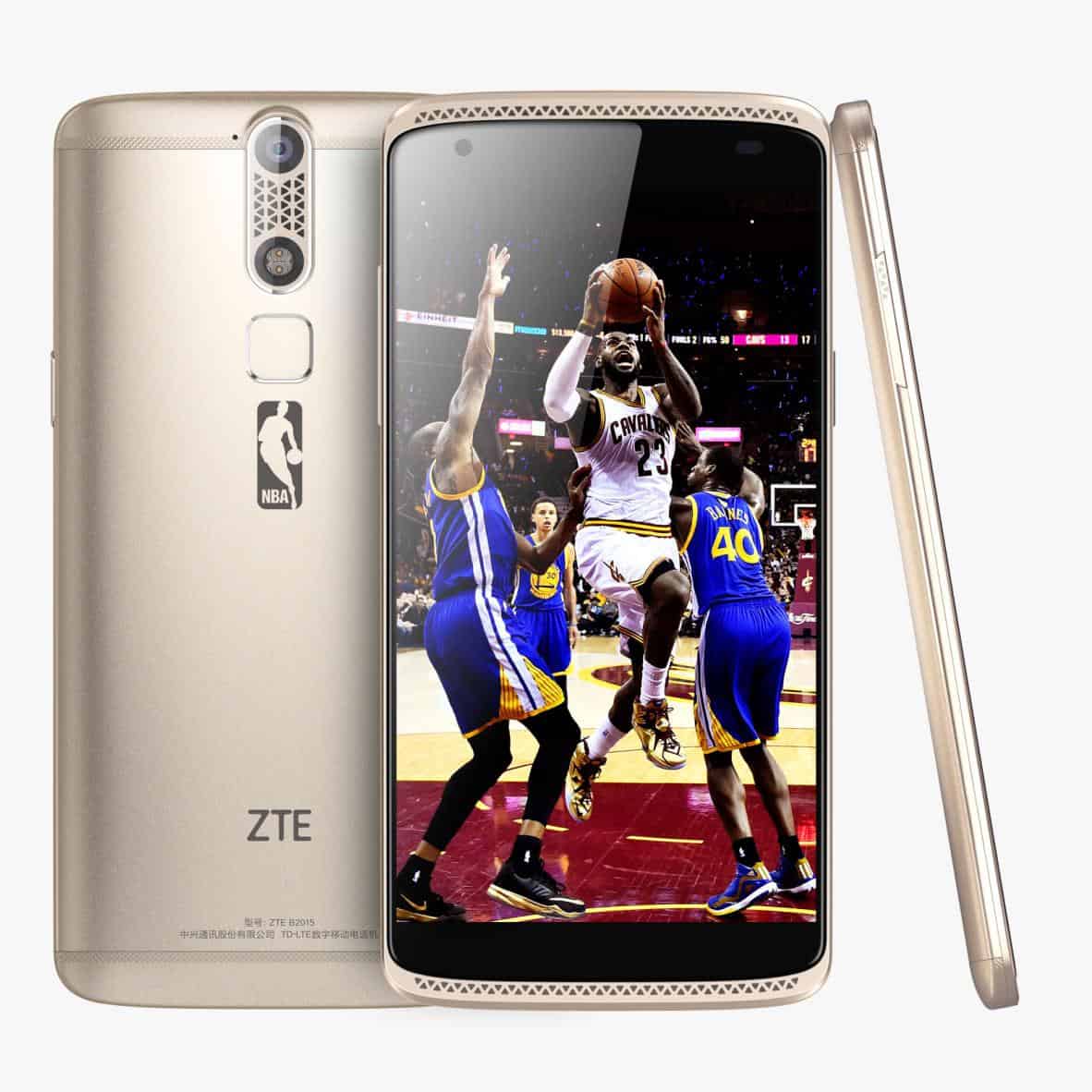 ZTE has showcased some really interesting hardware this year. The company has unveiled their Nubia Z9 line earlier this year, and their Axon line of devices followed a couple of months after that. ZTE has announced a total of six devices in those lineups, all of which are mid-high or high-end offerings by the company. We've covered each of these devices before, and even reviewed some of them. That being said, we're here to talk more about the Axon Mini smartphone, well, a variant of it that is.

This China-based company has unveiled the ZTE Axon Mini NBA in China. As it name says, this is a special edition of the ZTE Axon Mini with the NBA branding on it. The device comes with pre-installed NBA wallpapers, and special NBA applications designed for the Chinese market. Interesting enough, ZTE did not release just one variant of this device, but 7 different variants, 6 of which sports different team logos on the back (Warriors, Rockets, Knicks, Lakers, Bulls and Cavaliers), and one variant which basically has a general NBA logo on the back.

What about its specs? Well, this smartphone sports the same specs as the original Axon Mini. The phone sports a 5.2-inch 1080p (1920 x 1080) display along with 3GB of RAM and 16GB of internal storage (expandable up to 128GB via microSD card). The device is powered by Qualcomm's Snapdragon 616 64-bit octa-core processor, and a 2,800mAh battery is also included in this package. The retina scanner is also included here, and the aforementioned display has a 2.5D curved glass placed on top of it. The Axon Lux is made out of metal, and sports a 13-megapixel camera on its back. You'll also notice that there's a rather interesting pattern included on the back of this phone, between the camera and flash. The fingerprint scanner is located on the back of this phone as well, and the general design of the device is quite unique. The power / lock button is located on the right side of this device, and volume rocker buttons are available on the phone's left-hand side.

The device will be available for purchase in China soon for 2,399 ($377), and ZTE is also offering some coupons and tickets as part of this launch. If you'd like to get more info regarding all this and you live in China, visit Jindong Mall or Tencent websites.