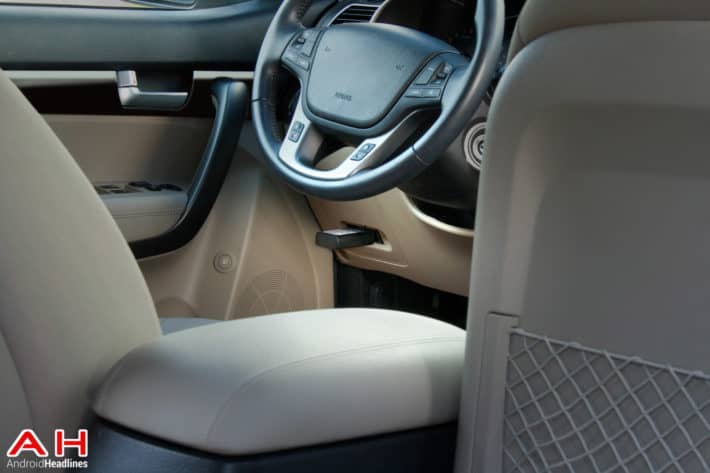 In the past few quarters, we've noticed that AT&T is still adding a couple of million connections to their network. But many of them are not smartphones. Or even tablets. In fact, more than half of their connections in Q2 were cars. AT&T has partnered with a number of car makers to bring 4G LTE to the car, including Chevy, Volvo, Audi and a few others. Now AT&T is taking that one step further with the ZTE Mobley. The Mobley is essentially a mobile hotspot for your car. The Mobley plugs into your OBD-II port of your car, and can be left plugged in while your car is not in use, as it won't be using any of your battery. Even more important than that, by using the OBD-II port, the Mobley will not be taking up one of your car charging ports, which some cars have just one while others have multiple ones. Additionally, the Mobley will work with cars that are 1996 and newer.

According to ZTE, installation and setup of the Mobley is a piece of cake. The company states that you just plug in Mobley into your car's OBD-II port – commonly found under the steering wheel column – and then you're all set. Since it's using the OBD-II port, there is also no need for other wires to keep it charged. Within seconds, Mobley will create a WiFi connection for the devices in your car to use. Making your old car, smart. At least a little bit.

Mobley is powered by a Snapdragon 600 processor from Qualcomm. It is also powered by AT&T's LTE network. So you'll be getting great speeds while you drive across the country. However, this does need to be said. Coverage will affect your speeds. So if you're driving through an area where AT&T has bad coverage or even no coverage, your hotspot will be pretty much useless.

AT&T will begin selling the Mobley on September 11th in stores and online. Mobley will be available for $0 when you sign a new contract, or you can grab it for $100 without a commitment. You can add the ZTE Mobley to your existing mobile data share plan for $10 a month, and data starts at $20 for 1GB and $30 for 3GB.