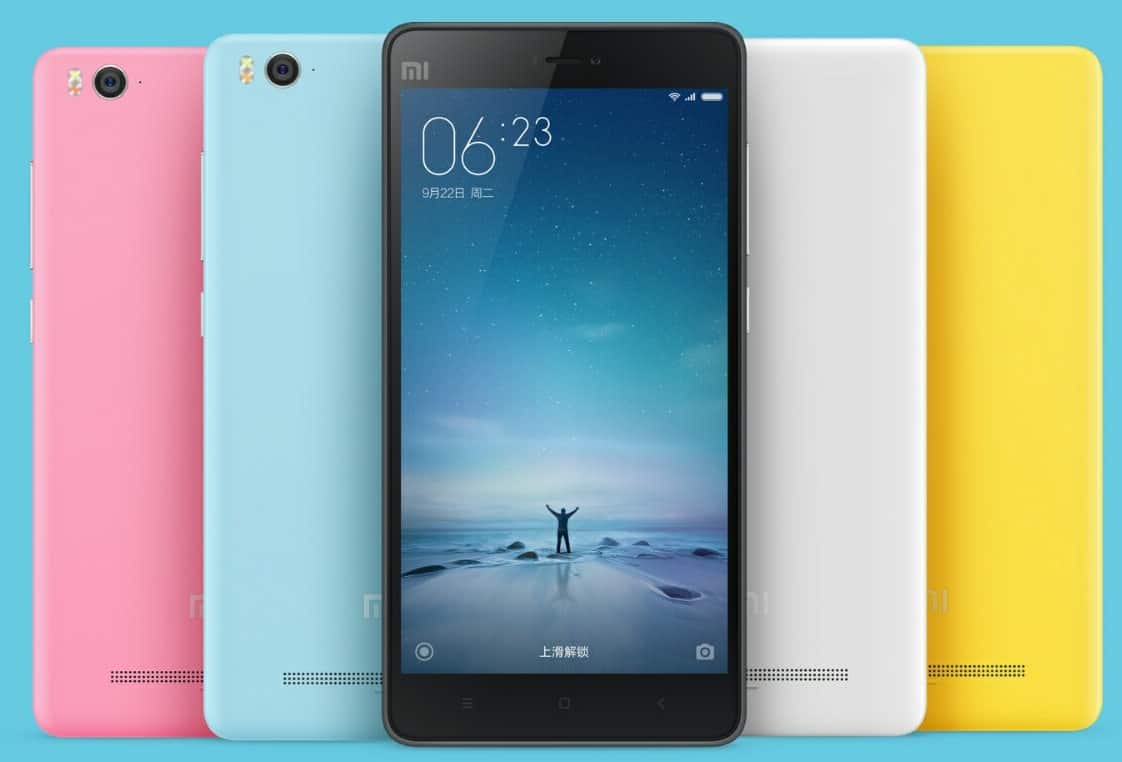 Xiaomi Mi 4c has been leaking for quite some time now, and Xiaomi's execs have been sharing one piece of info at a time for the last couple of days. The majority of Mi 4c info leaked ahead of its launch, and Xiaomi just announced the device in India. The Xiaomi Mi 4c is a new variant of the Mi 4i handset which launch earlier this year. The two devices look almost identical on the outside, but the Mi 4c packs a significantly more powerful specs, read on.

The Xiaomi Mi 4c features a 5-inch 1080p (1920 x 1080) 'Sunlight' display along with 2/3GB of RAM and 16/32 of internal storage. The 2GB model ships with 16GB of internal storage, while the 3GB variant comes with 32GB of native storage. The Snapdragon 808 64-bit hexa-core processor fuels this smartphone, and a 3,080mAh battery is available on the inside. Speaking of the battery, Qualcomm's Quick Charge 2.0 is also available here, which basically means you'll be able to charge up this smartphone rather fast. The Type-C USB 3.0 port is located on the bottom of this phone, which was confirmed a couple of days ago. Interestingly enough, Xiaomi is also selling a USB TypeCC reversible connector, in case you need to use the standard microUSB connector (USB 2.0). We're still not sure if you'll get one in the package, but it costs RMB 5 ($0.78) in the company's official store.

The Xiaomi Mi 4c sports a 13-megapixel camera (Sony's IMX258 / Samsung's S5K3M2 ISOCELL sensor, PDAF included) on the back, and next to it you'll notice the dual-LED, dual tone flash. The 5-megapixel wide-angle snapper is available on the back of this phone, and 4G LTE connectivity is also a part of this package, same thing can be said about dual-SIM as well. Android 5.1 Lollipop comes pre-installed on the Mi 4c, and Xiaomi's MIUI 7 UI is installed on top of Google's operating system. The company has unveiled MIUI 7 earlier this year, click here if you'd like to get more info when it comes to that. Speaking of software, Xiaomi has packed in quite a few software features in this phone, aside from standard MIUI 7 stuff. The 'double tap to wake' feature is included here, and the 'Edge Tap' is another interesting feature you'll be able to use here. This feature literally lets you tap on the phone's edge in order to activate certain action. For example, you can tap on the edge of the phone once to take a photo, and if you double tap, you'll activate the 'back' action.

The infrared port is also available on this device, this sensor will basically let you to control your TV, air conditioner, and any other appliance which has IR support basically. Xiaomi, of course, has an app for that as well within MIUI 7. The phone will be available in a range of color options, Black, Blue, Yellow, Pink and White. The 2GB of RAM variant with 16GB of internal storage is priced at 1,299 Yuan ($204), and the 3GB model with 32GB of in-built storage will cost you 1,499 Yuan ($235).