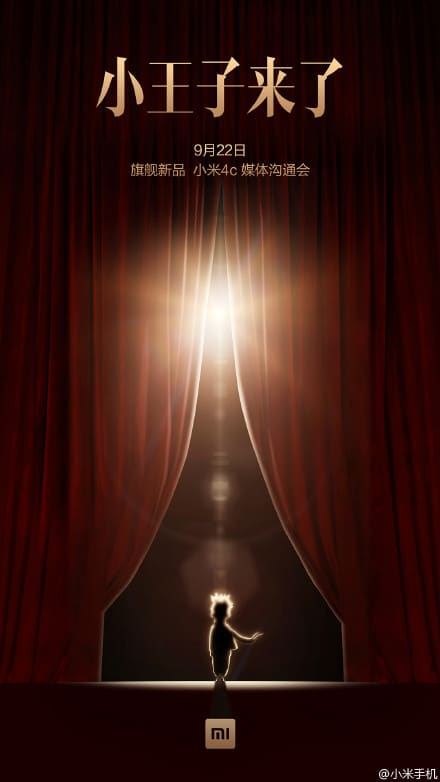 Xiaomi Mi 4C is one of Xiaomi's most leaked devices this year. Rumors started arriving a while back, and judging by the available info, this will be a higher-end variant of the Xiaomi Mi 4i which was unveiled earlier this year. The Xiaomi Mi 4i was fueled by the Snapdragon 615 64-bit octa-core processor, and the Mi 4C is said to be powered by the Snapdragon 808 64-bit hexa-core processor. We'll talk more about the specs of this device soon, but before we do, it is worth mentioning that the company's CEO has confirmed the existence of this smartphone, read on.

This smartphone has leaked tons of times thus far, but Xiaomi didn't officially confirm its existence until now. The company's CEO, Lin Bin, has announced that the device will launch on September 22nd, and the company has shared a teaser image as well, which you can check out if you take a look above this article. That's not the only thing Lin Bin confirmed, Xiaomi's CEO has also said that the phone will be available in two variants, one model will sport 2GB of RAM and 16GB of internal storage, while the other one will ship with 3GB of RAM and 32GB of in-built storage. The lower-end variant will cost 1,499 Yuan ($235), while we still don't know how much will the more expensive model cost, but it will probably be less than $300. Both variants of this device will feature a 3,080mAh battery, and a Type-C USB 3.0 port, while the infrared port will also be a part of this package.

Now, according to previous info, the Xiaomi Mi 4C will also sport a 13-megapixel camera on the back, and a 5-megapixel snapper up front. 4G LTE connectivity will be a part of this package, of course, and Android 5.1 Lollipop will come pre-installed here with Xiaomi's MIUI 7 OS available on top of Google's operating system. That's more or less it, Xiaomi's CEO did confirm a number of Xiaomi Mi 4C details at this point, and it seems like previous listings / leaks were spot on as far as specs go. This device will probably look almost identical to the Xiaomi Mi 4i, but will be significantly more powerful. Either way, stay tuned for additional details. 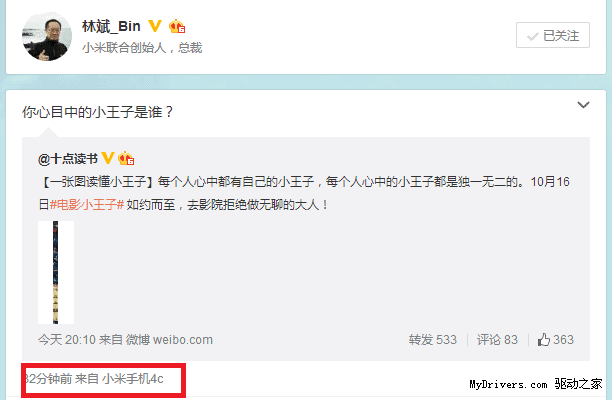