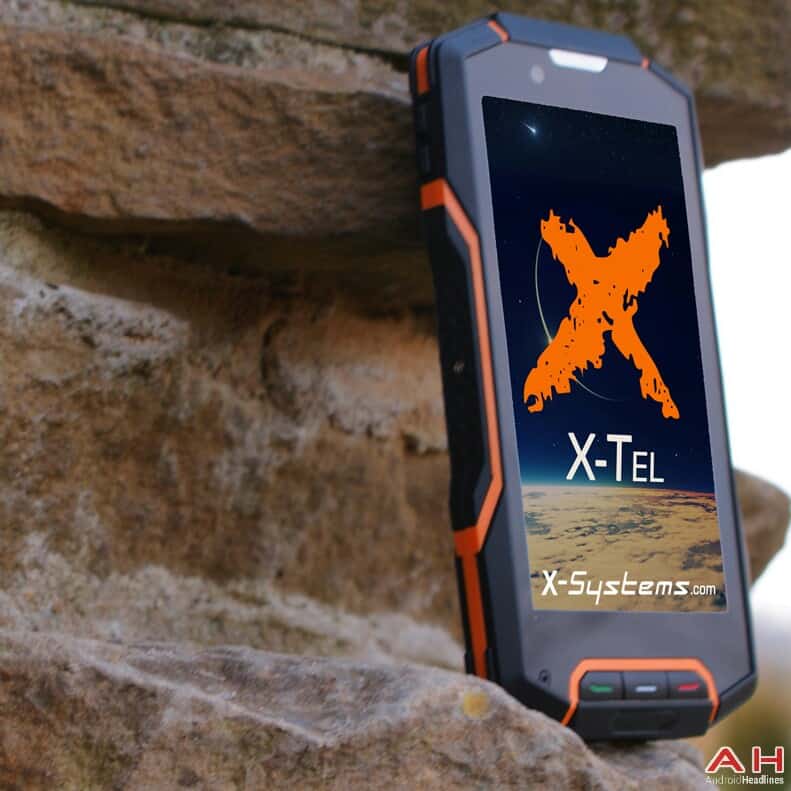 We've been seeing tons of smartphones hitting markets all over the world this year, and same can be said about a number of years prior to 2015. There are many active smartphone manufacturers out there who are releasing devices throughout the year. Some of those OEMs actually specialize in specific types of smartphones, like luxury or rugged ones, for example. Well, we're here to talk about the latter one here, X-Systems. This company has unveiled a new device recently, the X-Tel 9500, or as they call it 'the extreme smartphone', read on.

The X-Tel 9500 is a very interesting smartphone, mainly because of its looks and ruggedness. Now, this device is actually 'hexaproof', it is waterproof, dustproof, shockproof, freezeproof, tampeproof and oilproof. As you can see in the images and video down below, this handset isn't trying to hide the fact that it's rugged, it definitely looks the part. The phone sports three physical keys below the display, first one answer the call, the middle one is an emergency button, and the latter one ends the call.

As far as specs go, X-Tel 9500 features a 4.7-inch 1080p (1920 x 1080) IPS display with Corning's Gorilla Glass 2 on top of it. The device is powered by Qualcomm's Snapdragon 400 quad-core SoC running at 1.4GHz, and it also packs in 2GB of RAM and 16GB of native storage. The 13-megapixel snapper can be found on the back of this phone, and a 5-megapixel shooter is available up front. This smartphone also offers dual-SIM support, in case you were wondering. Android 4.4.2 KitKat comes pre-installed on the X-Tel 9500, and a 3,800mAh battery is available on the inside, which should provide more than enough juice to get you through the day, having in mind which SoC and display are included here.

That is more or less it, the X-Tel 9500 is definitely not one of the higher-end devices out there, quite on the contrary, this is more of an entry-level handset than anything else, but the phone has lots going for it. This is a specialized handset, it's not supposed to be high-end because it would probably cost way more than it does right now. Speaking of which, this handset is priced at â‚¬519.00, which is definitely not cheap, but those of you who are looking for such a hexaproof device, there aren't really that many options out there.