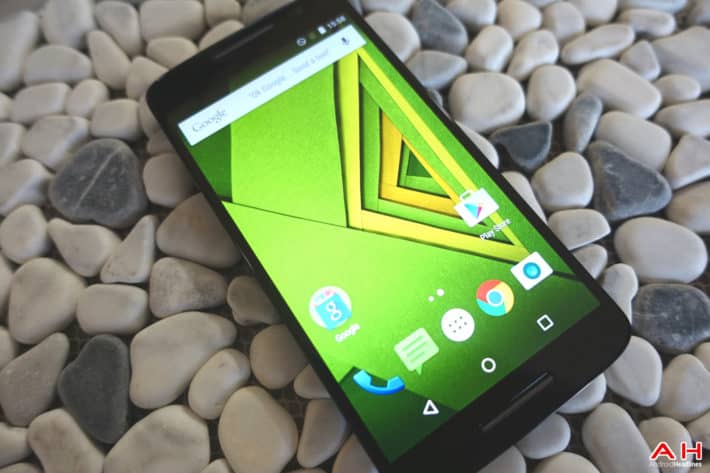 The new Motorola Moto X Play is now available for sale at WIND Mobile for as little as $0 on its WINDTab Boost plan or $449 outright, which is higher than others that are selling the device – Bell, Telus, Koodo and SaskTel.  Motorola unleashed three new Moto X models this year – the Moto X Pure Edition for the US, to replace the Moto X 2014…the Moto X Style, which is essentially the same device only for the markets other than the US…and the Moto X Play, which has a lower resolution display but a huge battery.

The new Moto X Play is classified as a mid-range device and sports a 5.5-inch LCD FHD display with a resolution of 1920 x 1080 pixels and 403 pixels-per-inch (PPI).  Motorola continued their relationship with Qualcomm and decided on the 64-bit Snapdragon 615 octa-core processor with four cores clocked at 1.0GHz and four cores clocked at 1.7GHz.  It packs 2GB of RAM and comes with only 16GB of internal storage, however, it comes with the ability to add an additional 128GB via a microSD card slot.  It uses a large non-removable 3,630mAh battery and should easily get you through 48 hours of usage.  The Moto X Play can use the new Motorola TurboPower 15 Charger for quickly charging the battery.

Motorola added a huge 21MP main camera with an aperture of f/2.0, autofocus and a dual-tone LED flash and for the front-facing camera (FFC) they used a large 5MP that should provide great selfies and video chats.  Motorola added their usual water resistant nano coating, a microUSB port for charging and data transfer, Wi-Fi, GPS, Bluetooth 4.0 LE, NFC capability, LTE and it is ready for Android Pay.  It is running Lollipop 5.1.1 and with Motorola you can be sure of getting some of the fastest software upgrades of any manufacturer.  The device measures 148 x 75 x 8.9-10.9 mm and weighs in at 169 grams.