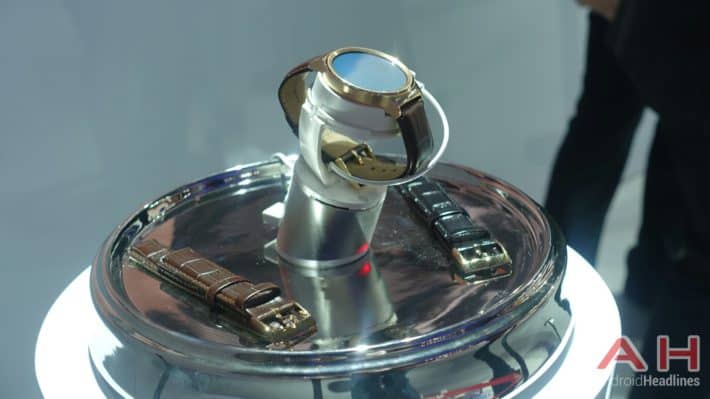 The Huawei Watch was announced earlier on this year, during Mobile World Congress, held in Barcelona back in March. Since then, we haven't heard much about the fancy electronic timepiece, that is until now. During another European affair, Huawei is officially launching the Huawei Watch, and it's now available to pre-order if you're so inclined. Reinforcing their announcement earlier on in the year, the Huawei Watch is being marketed at those looking for a watch first, gadget second. A distant second in fact, judging by how much attention to detail has been paid to the watch's looks. Of course, we're all gadget fans and what's on the inside of anything electronic will no doubt have a bearing on whether or not this is the right smartwatch for you. So, let's expose what's on the inside of this fancy looking smartwatch, shall we?

Starting with that gorgeous, fully-circular display, the Huawei watch has a 1.4-inch AMOLED display with a resolution of 400 x 400, giving it a pixel density of 286 pixels per inch. That ain't bad for a small display on your wrist, speaking of size, the Huawei Watch has a 42mm diameter and is 11.3mm thin. Powering the show is that same, familiar Snapdragon 400 with a 300 mAh battery. There's a PPG heart rate sensor as well as a gyroscope/accelerometer combo and a barometer, of all things. There does appear to be WiFi support here as well as support for devices running iOS 8.2 and above, apparently. Rounding things out is the same 4GB ROM (space used for the OS and apps) as well as 512MB of RAM.

If you're interested in the materials, the Watch is comprised of 316L Stainless Steel, with the black version sporting a DLC coating and the Rose Gold featuring genuine gold-plating. The display is a Sapphire crystal affair, and all of the watch straps seem to be of high quality as well, regardless of which material you choose. For pricing and such, you can take a look here and you can already pre-order the Huawei Watch if you've been holding out since the Spring.