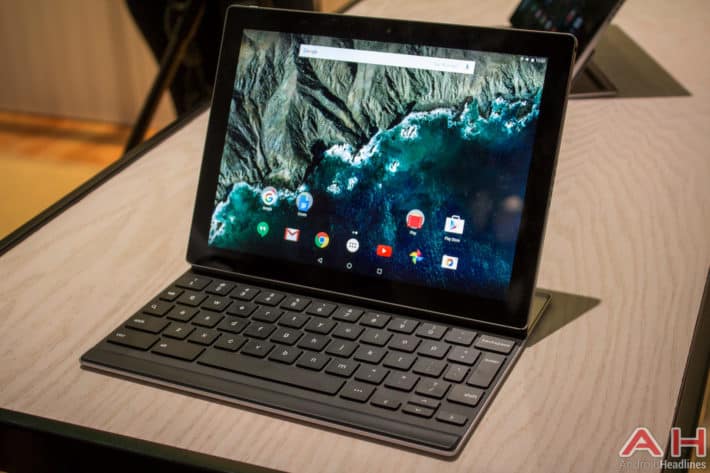 In the run up to yesterday's big Nexus event, we heard rumors of a few other devices that were going to get announced as well. New Chromecasts were rumored, including one for the TV and one for audio setups, and both of these were announced. Another interesting rumor was the Pixel C, and Android tablet built in the style of the Chromebook Pixel, this didn't seem like something Google would do, after shipping three Nexus Android tablets, but this is just what they announced yesterday. The Pixel C is an incredible design, relying on magnets to attach the keyboard to the tablet, and charging the keyboard inductively when the two are closed together.

The keyboard here is as close to a laptop keyboard as Google could have made it, and the 10.2-inch tablet is powered by NVIDIA's X1 Tegra processor with a desktop-class Maxwell GPU, making it one hell of a powerhouse on the inside as well as on the out. The magnets are some of the most impressive aspect of the Pixel C, and Google were more than happy to show them off to us in the below video. We got to spend some hands-on time with the Pixel C during Google's San Francisco event and we have to say this is one hell of an Android tablet, with an aspect ratio that resembles A-series paper, like A4 for instance, it's a great all-rounder for getting things done, but only time will tell how Android scales up to such a challenge.