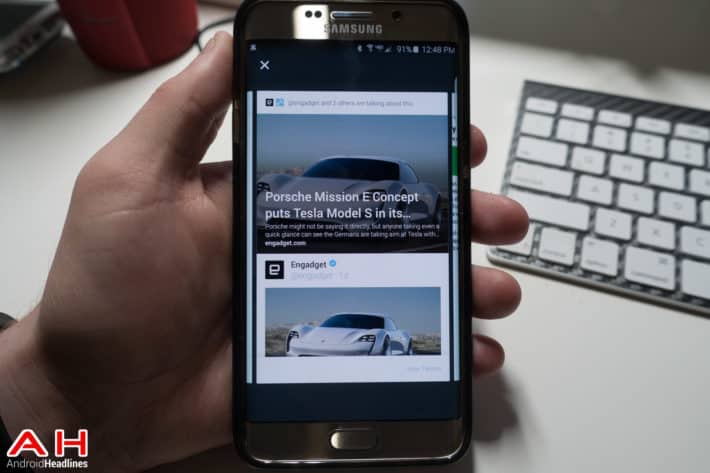 Lately, Twitter has been working on some new features, and testing them in the beta and alpha versions as well as doing staged rollouts. Basically these features are to get you to use Twitter more, which puts more money in their pocket. Twitter is already one of the largest social media platforms around, behind Facebook. However, Twitter moves a lot faster than Facebook. No matter how many people you follow, you're bound to miss some tweets, unless you spend the entire day on the social network. That's where this feature Highlights come in handy.

Highlights is a feature that's been available in the alpha version of their Android App for some time, and can be turned off in the notifications area of the settings. Basically it curates some of the most popular content from your timeline, however it is also tailored to your liking and interests. You'll get a notification maybe twice a day for highlights and that's it. However you can view them at any time in the overflow menu. It's sorta of like "What you missed" after you log into the app, when you've been gone for a while, but a bit different. Highlights is great for catching up on some news or sports scores that you may have missed during the day. It's also a feature that will likely get more people using Twitter more often.

Today, Twitter announced that they are rolling out Highlights globally across the Android platform. So those of you using the Twitter for Android app, will soon see Twitter Highlights available to you. Now if you decide you don't want to see these highlights, just head into the notification settings and turn them off. Pretty simple. To use Highlights you will need to have the latest version of the Twitter app, which is v5.5 and any version of Android running Android 4.0 or newer. So that's the most of us around here. It's going to be interesting to see how Highlights evolve over the next few weeks, months and years. It seems like a great feature that can make our Twitter experience even better.