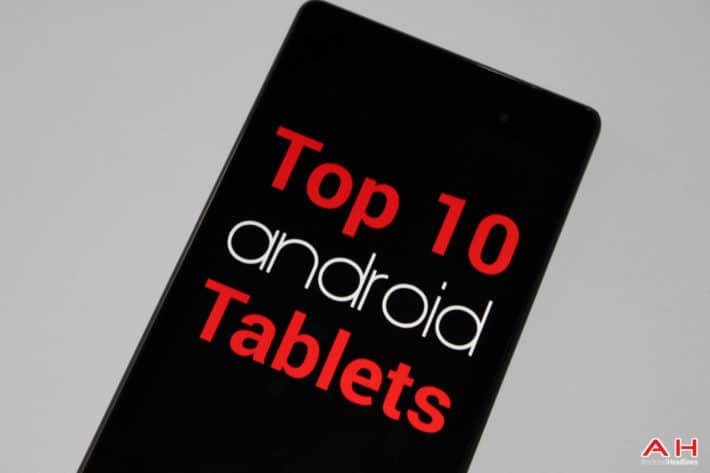 It's an interesting time for Android tablets, a new version of Android is looming, one that holds promise of making things better on tablets, and companies like Sony and Dell are chasing the laptop dragon. Keyboard docks, Super AMOLED displays and stands seem to be the order of the day when it comes to creating compelling tablets for users. The problem, however is that there doesn't seem to be many reasons beyond those gimmicks to own a tablet for much more than content consumption. Still, there are some great options out there for whatever you want to do, and if you just want to relax with a larger and more comfortable display, there are sizes and solutions for everyone. 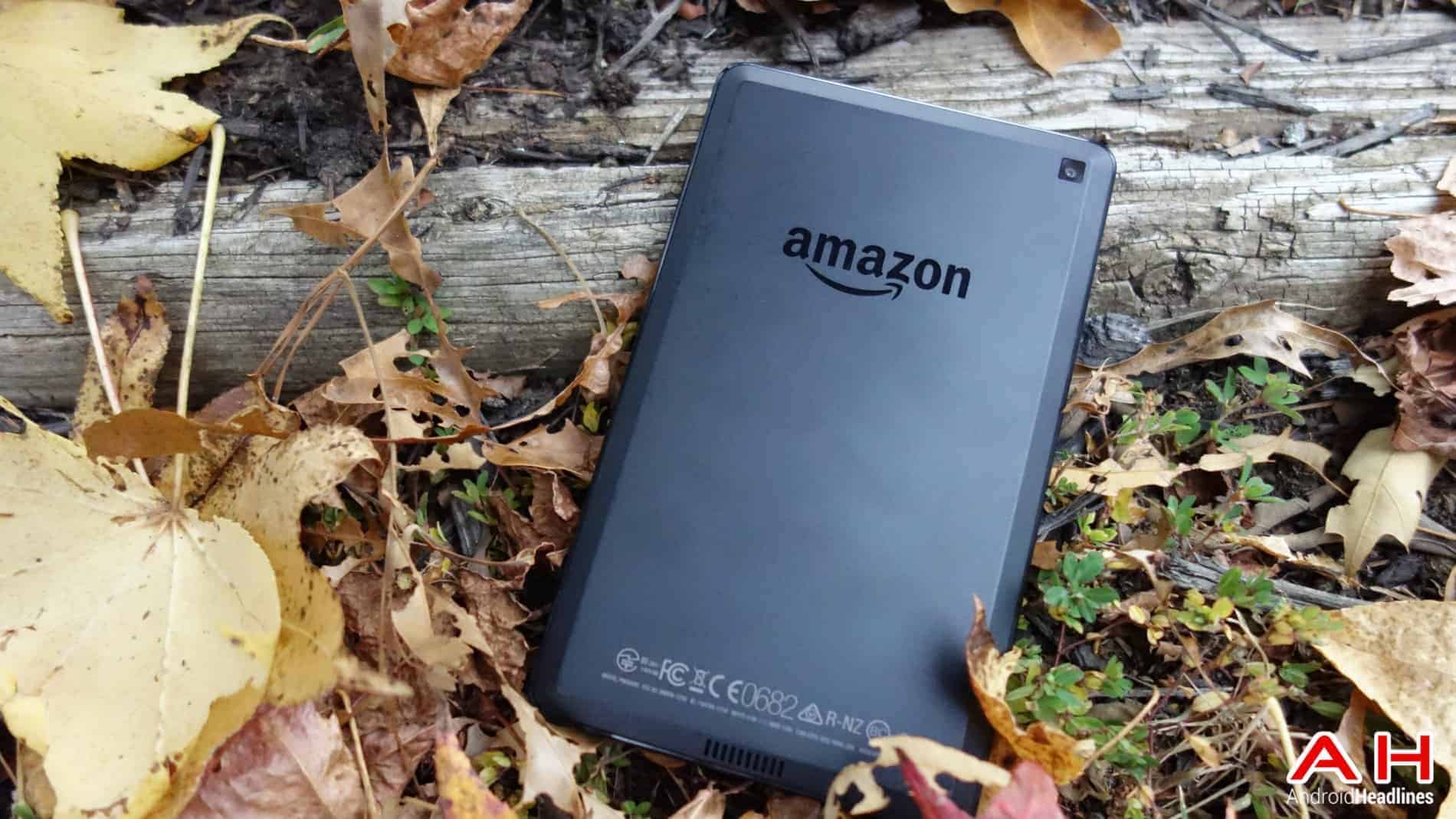 When it comes to the majority of what we use our tablets for, if we're honest, it's browsing the web, watching films, catching up on the news and playing games. So, what does the Amazon Fire HDX do great? All of those things. What it's not so good at is running anything from Google, but again if you're looking for is some sort of entertainment device then the 8.9-inch 2560 x 1600 display is good-looking and the Snapdragon 800 will get the job done and then some. Plus, if you're already invested in Amazon's ecosystem through a Kindle, or the Android app, then you'll feel at home in no time here. They're also excellent holiday gifts, too.

Buy the Fire HDX 8.9 from Amazon 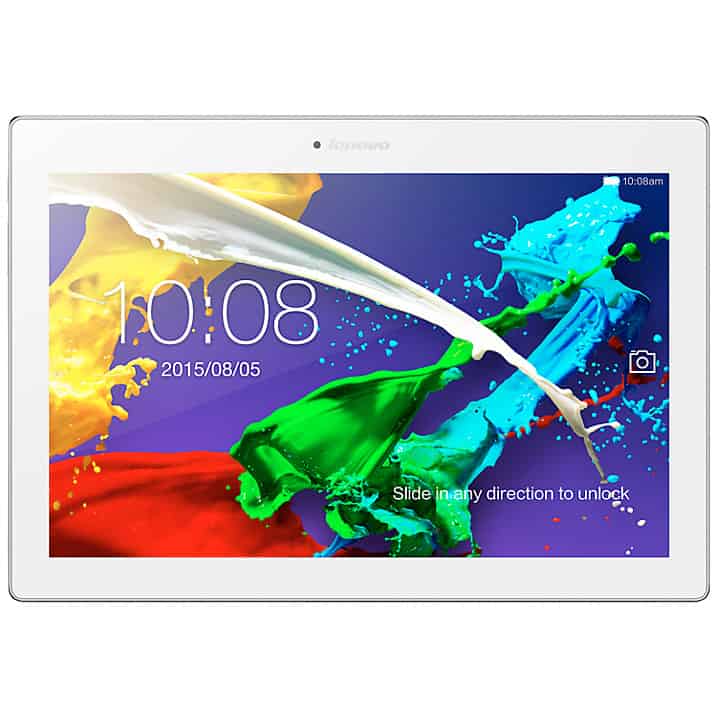 Lenovo have been making Android tablets for quite some time now, and while the Yoga line is their flag-waving flagship no matter the operating system, they do have other devices in their stable. The Tab 2 A10 is cheap, we mean seriously cheap, and that's part of the point here. If you're unsure of whether or not a tablet is for you, this 1080p 10.1-inch machine is cheap enough to let you test the waters. Or, it could be used for some sort of project or as just other display somewhere around the house or workplace. The MediaTek CPU here isn't great, but these are so cheap that you can't expect much more. For some of the best value for money, Lenovo has you covered here. 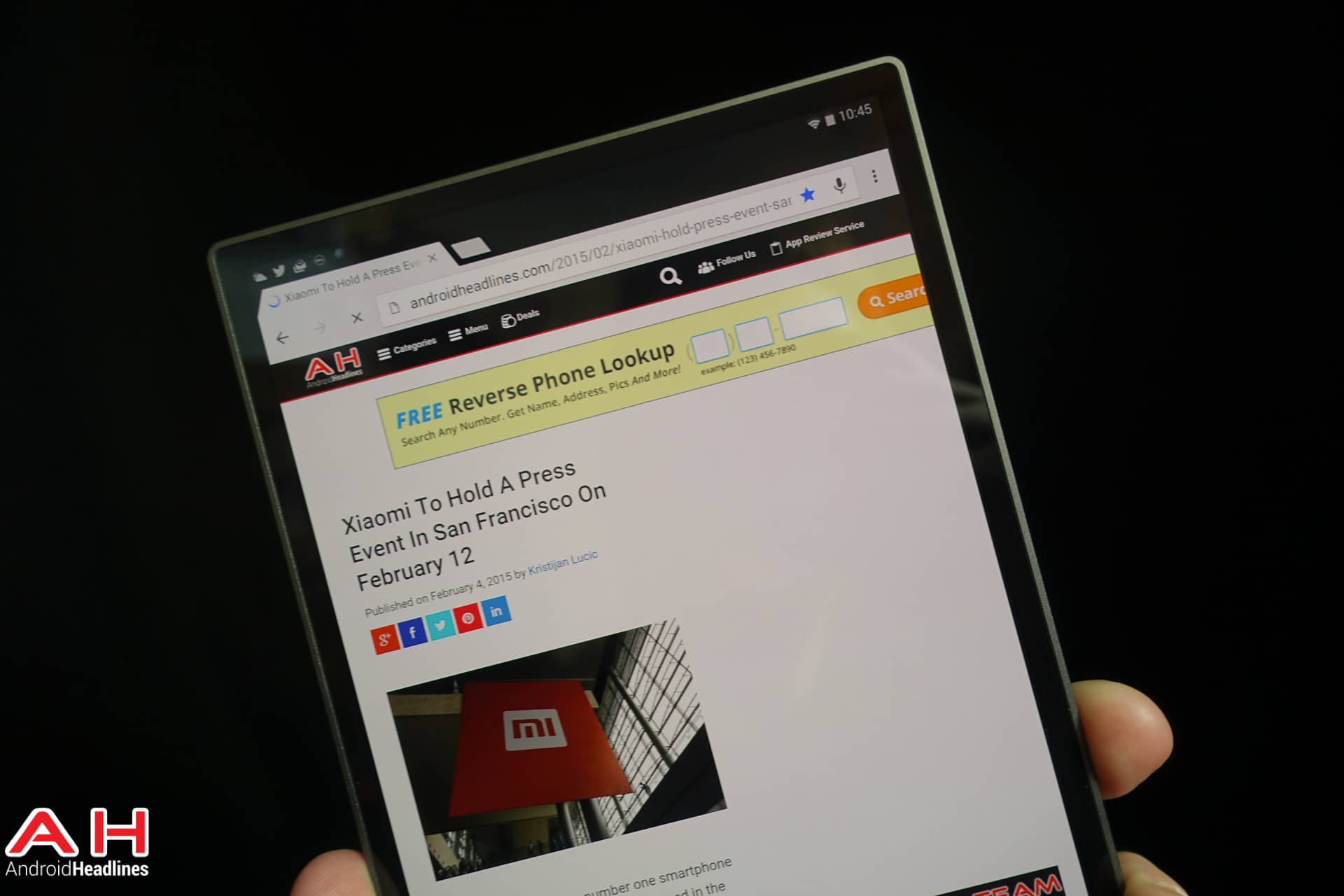 You wouldn't think that Dell, the company that makes unassuming laptops and desktop PCs would be responsible for good-looking Android tablets, but they are. The 8-inch Venue 8 has a great-looking display for those on the move, and the angular look and feel is refreshing, if not a little weird. The Nexus 7 days are behind us, and Dell's offering is not that cheap, but the display is gorgeous and Intel's quad-core Atom puts up a great fight here. It's good-looking, now runs stock Android Lollipop and it's well-built. For those looking for a premium portable, Dell has one of the best choices right here.

Buy the Dell Venue 8 Tablet with Intel RealSense from Amazon 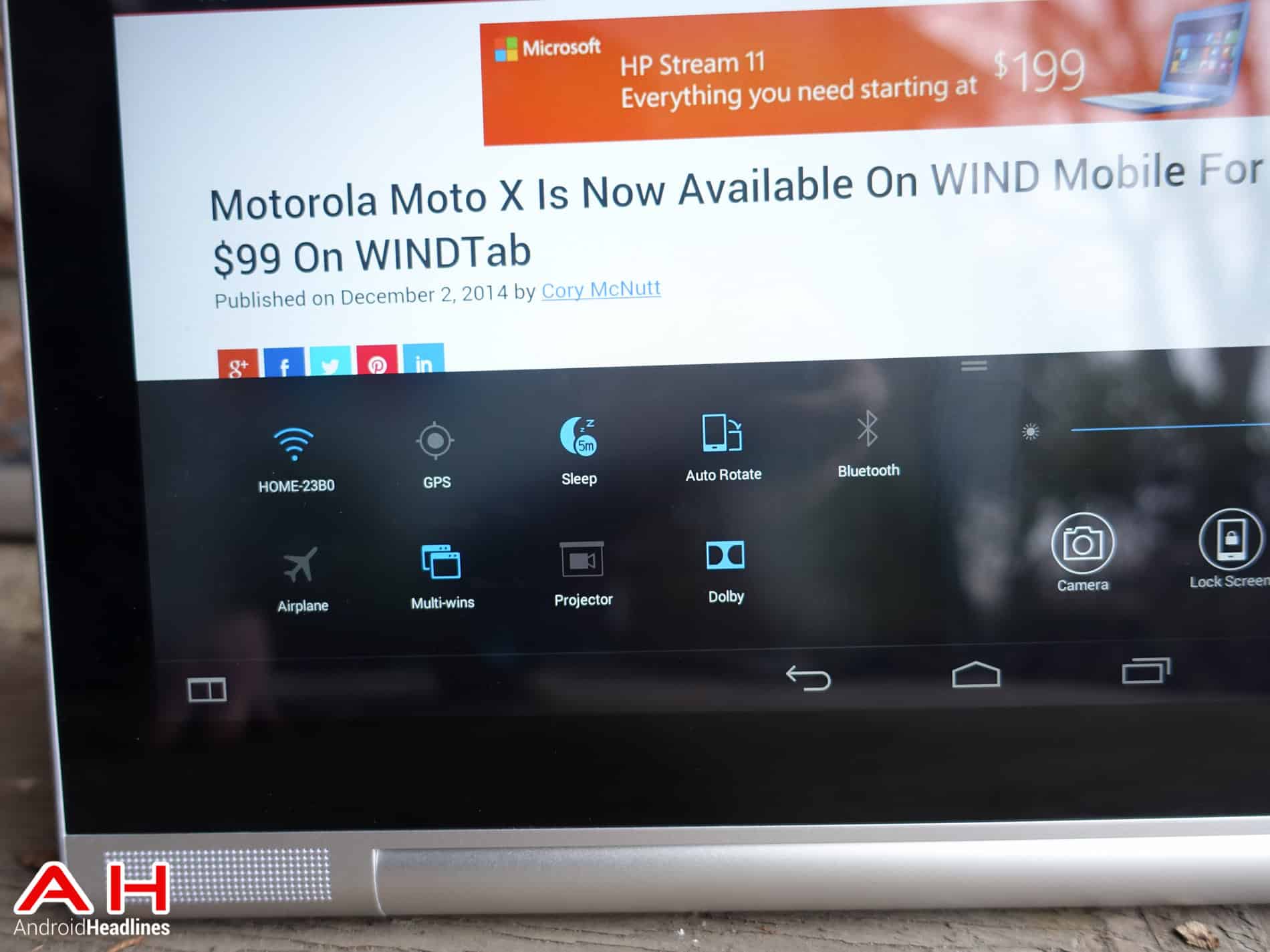 So, there's this thing called an iPad Pro, and it's screen size and powerful processor are somehow revolutionary. We're sure Lenovo and Samsung are probably laughing at that right about now. Android tablets suffer from not exactly being suited in the enterprise – neither is the iPad – and Lenovo gets that. With their 13-inch 2560 x 1600 beast they created the best entertainment tablet around. This thing has a projector that will give you an impromptu 720p theatre wherever you want, with JBL sound – including a subwoofer. Plus, the 13-inch display and innovative hinge from Lenovo means that when sat on a table with a slight tilt this will get all those emails deal with in no time. It might have pen input, or a super-fast CPU, but it's the best way to get your entertainment fix on the move when it comes to Android. 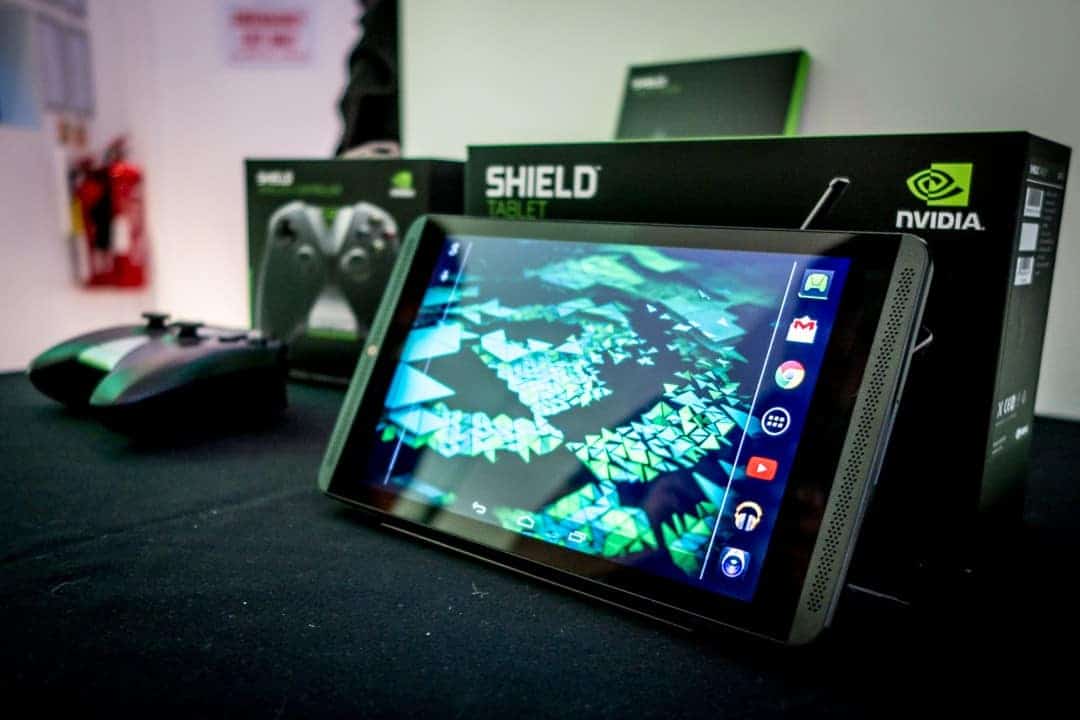 When NVIDIA first entered the market with their own tablet, the Tegra Note, it was unclear what NVIDIA wanted it to do. The SHIELD Tablet however, despite an unfortunate product recall not too long ago, is clear in its approach; I play games, really well. Gaming on Android has taken off immensely, and considering that NVIDIA has been a big deal in the PC gaming world for a long, long time it's unsurprising the company currently makes the best device for gaming on the move. Getting a good setup to game on the go can be a little tricky – a kickstand would help – but for gaming first, and everything else a good second this is the tablet you want. 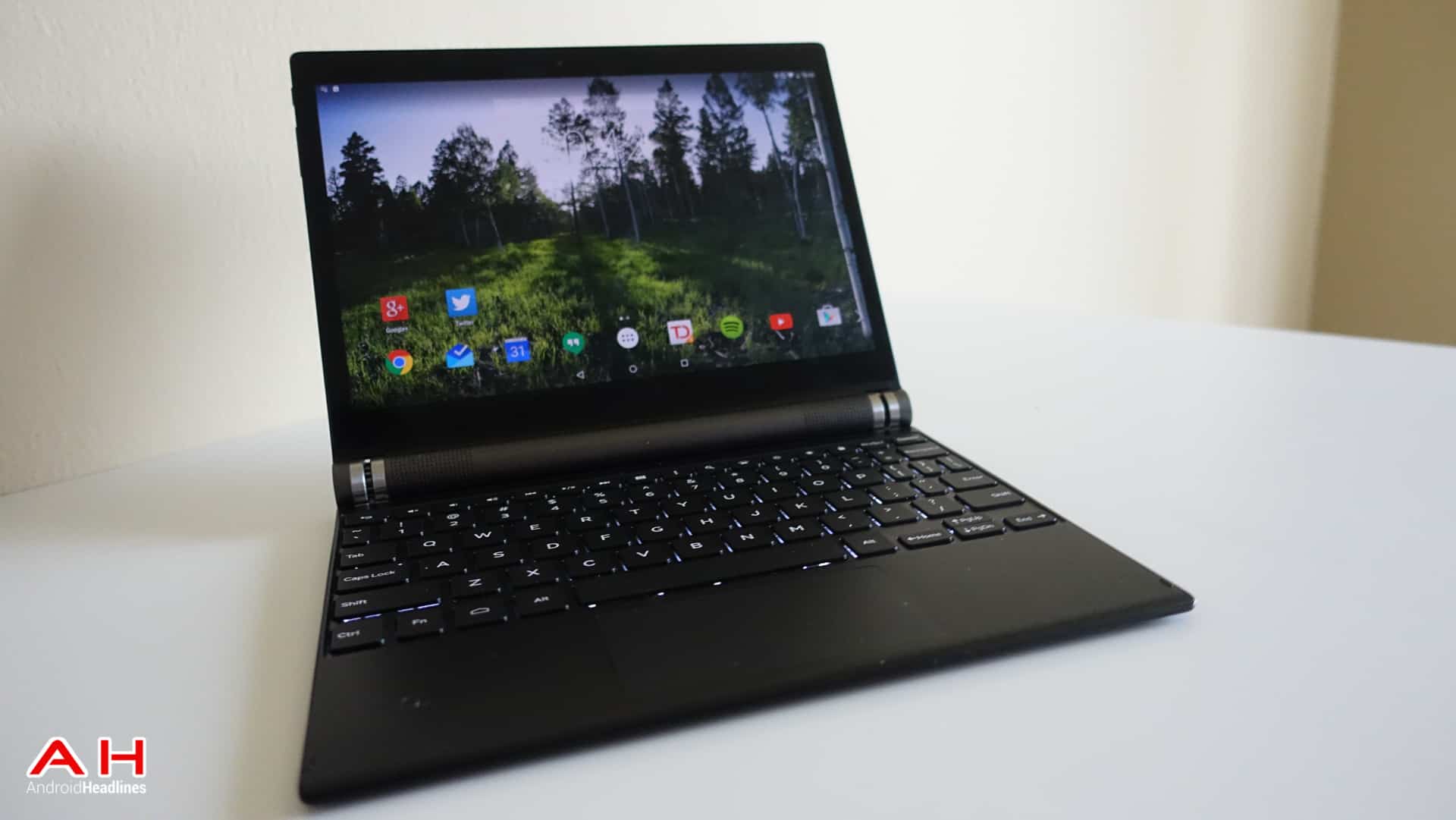 As with the Venue 8 further up this list, Dell's Venue 10 7000 is a surprisingly good-looking tablet. They share some common DNA, which is good for Dell's customers, and Dell take things further here. There is a – fairly pricey – keyboard dock available for the Dell Venue 10, but it's not your standard fair; it's actually good. The 10.5-inch display and the keyboard together give you a platform to get something done while on the move, and while it might not be for everyone, this is a good mix on an Android tablet. The only big, big issues with this offering from Dell is that it'll be too expensive for a lot of users. 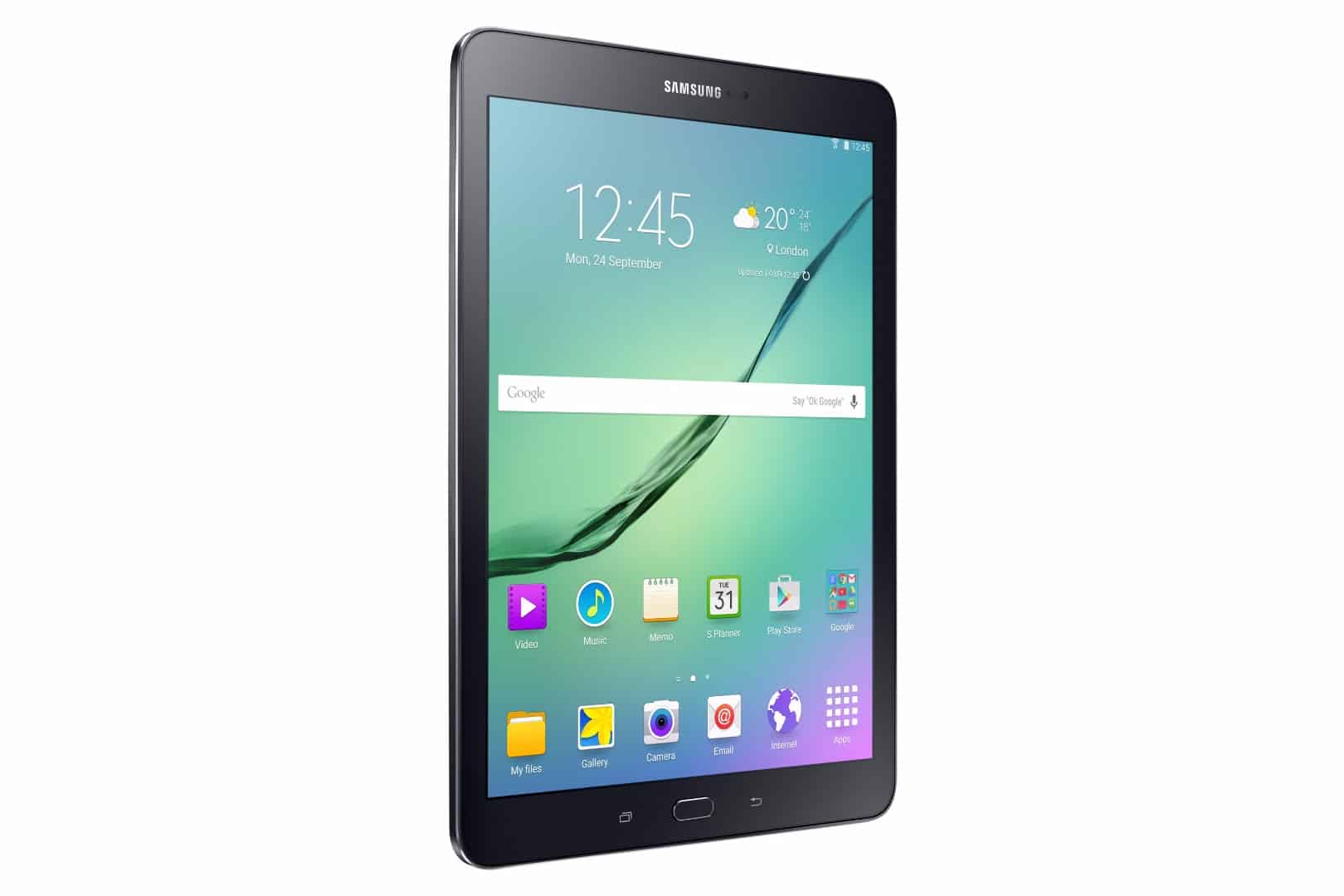 When Samsung finally bought their Super AMOLED technology to tablets last year, they were some of the best tablets available. This year, although dumbed down and resembling a little disinterest in the tablet market from Samsung, they've done it again. With a new 4:3 aspect ratio, these are now better for browsing the web, better for apps and while media consumption does suffer a little that Super AMOLED display is still the star of the show. For an all-rounder that's still portable enough to throw in a jacket or a bag nice and simply, this is an excellent option. 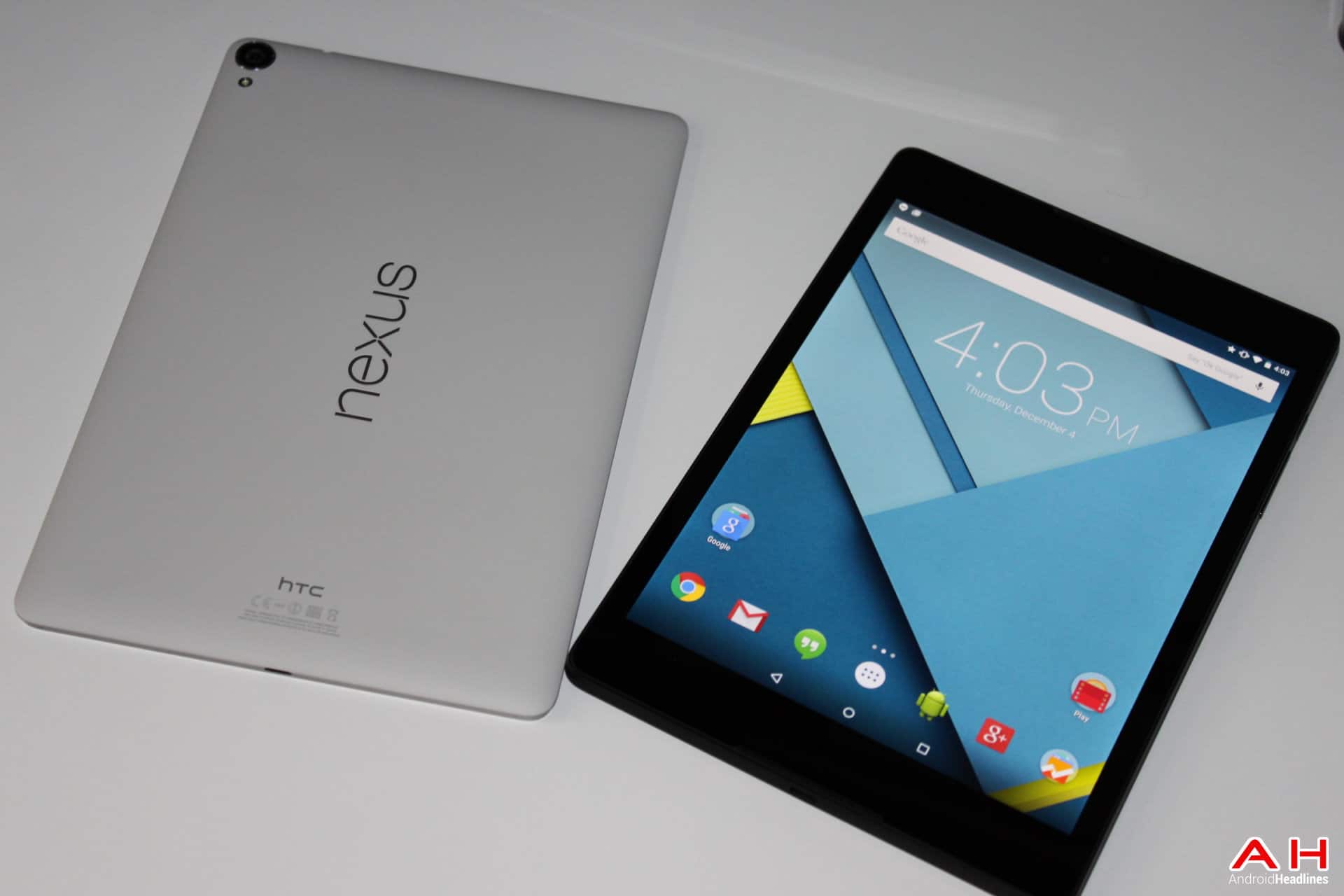 A price reduction and some software updates have made Google's flagship offering much better over the past year or so. It's not clear whether Google plans to succeed this with a new Nexus tablet or not, but it's still an excellent option right now. The 8.9-inch 4:3 display puts this in the sweet spot of big enough, yet not too big, and the NVIDIA Tegra K1 inside of this is a quality performer for games and media. That leads us to the display here, and while it's nothing special, it's really bright so it works in direct sunlight better than many on this list. With stock Android, tweakability and a minimal look and feel, the Nexus 9 is a good option, it could just be a lot better all at the same time. 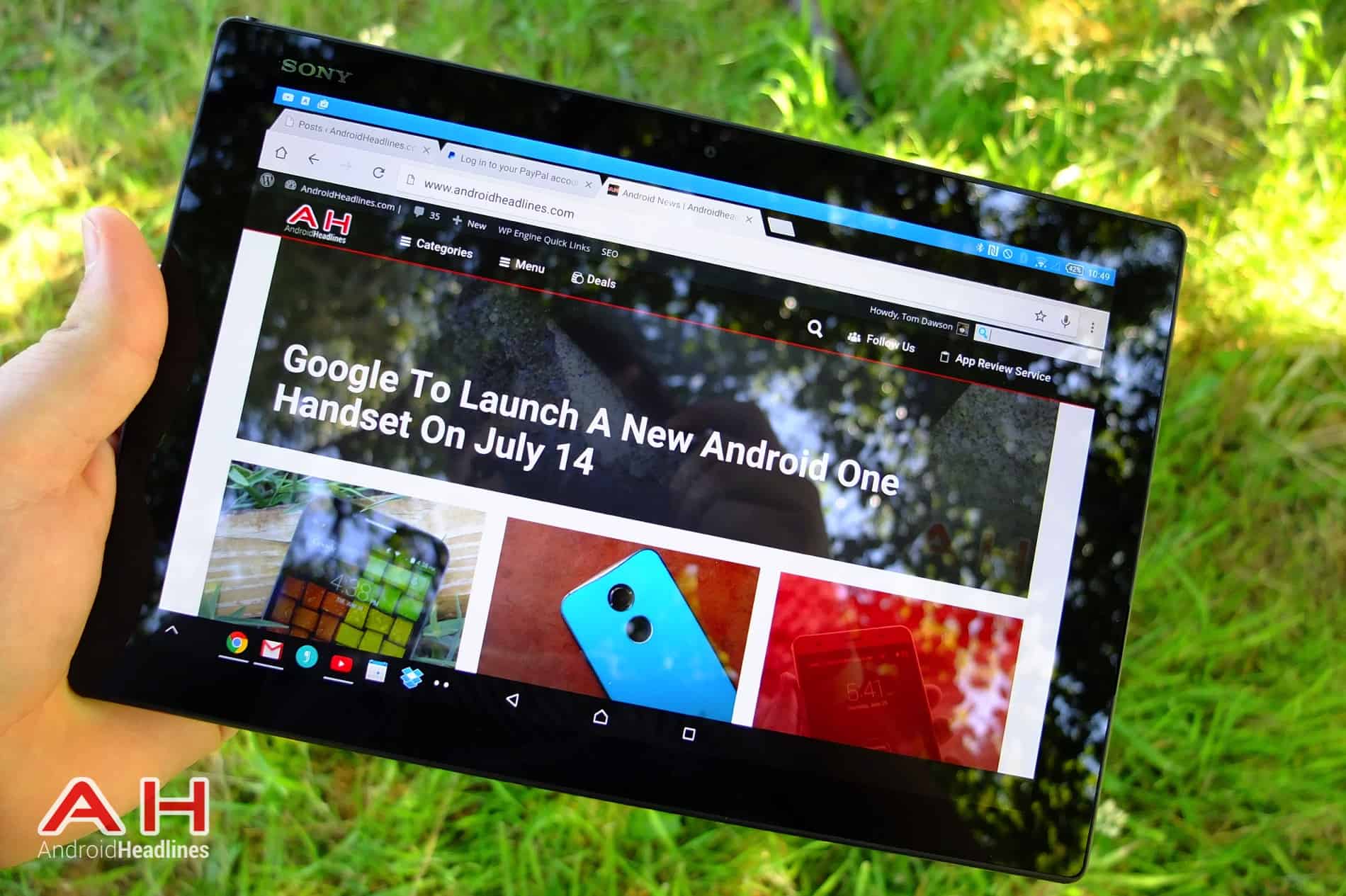 We reviewed the Xperia Z4 Tablet earlier in the year and we found it to be one of the best out there. The keyboard dock is excellent and Sony have included thoughtful software inclusions to make use of the trackpad included. Android here feels like it should do; suited for mouse and keyboard use, although it's far from perfect. With a 10.1-inch Quad HD display in a form factor that is incredibly thin, the Xperia Z4 Tablet is a feat of engineering and yet it still feels solid and the display is still beautiful. The problem here is as it is with all greats; Sony want some premium cash for their flagship tablet. Although we can't exactly blame them, either. 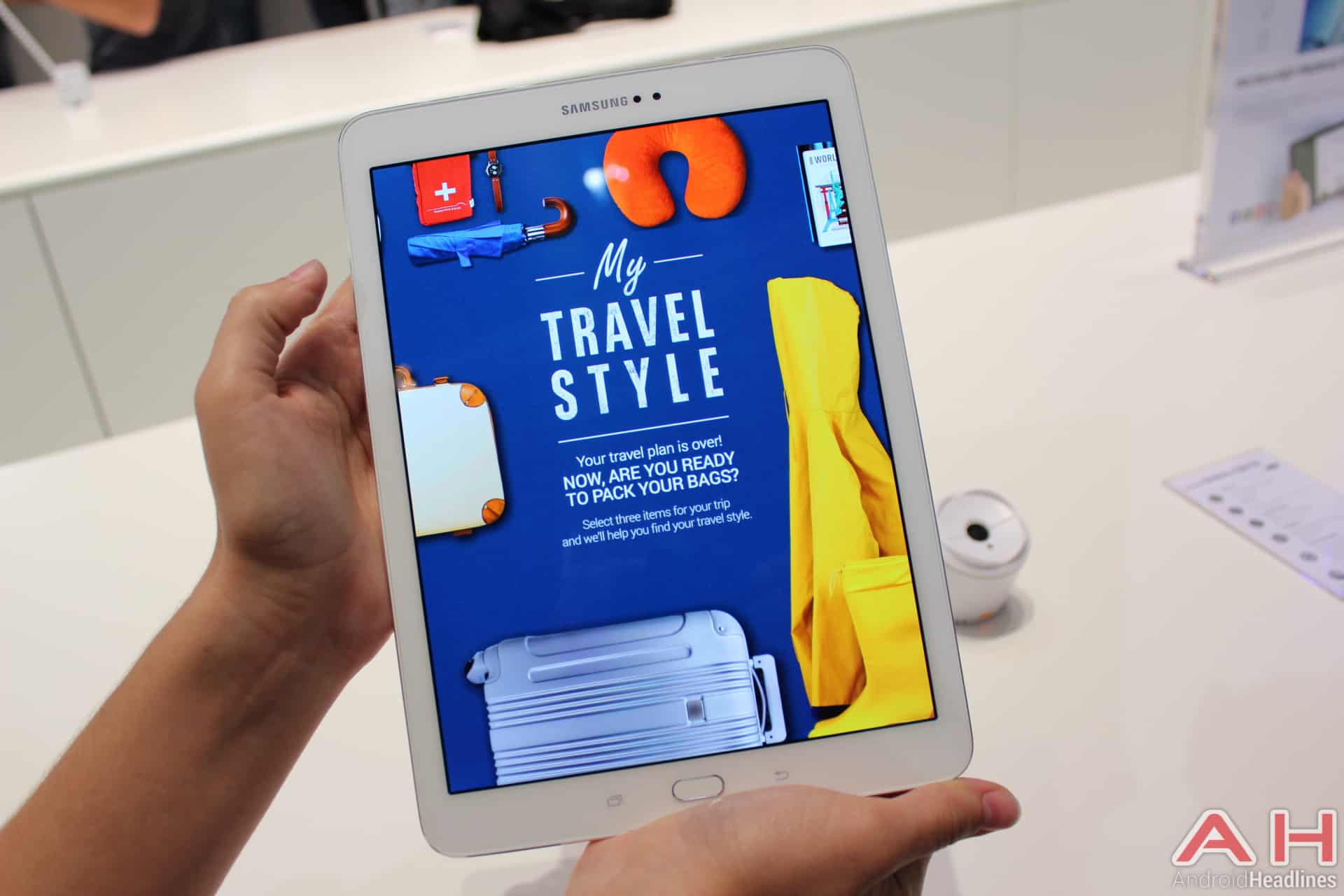 With a size that's on the larger side of things, but a 4:3 aspect ratio that isn't bizarrely too wide, the Galaxy Tab S2 in its 9.7-inch form is a great example of the great design and feature set that Samsung can put together. The Super AMOLED display is great, and everything just works with speed and efficiency. It might not be for everyone, after all Samsung isn't some people's favorites, but with thoughtful software additions and a cracking display, this is the best tablet you can get if you want an excellent all-rounder that has it where it counts.