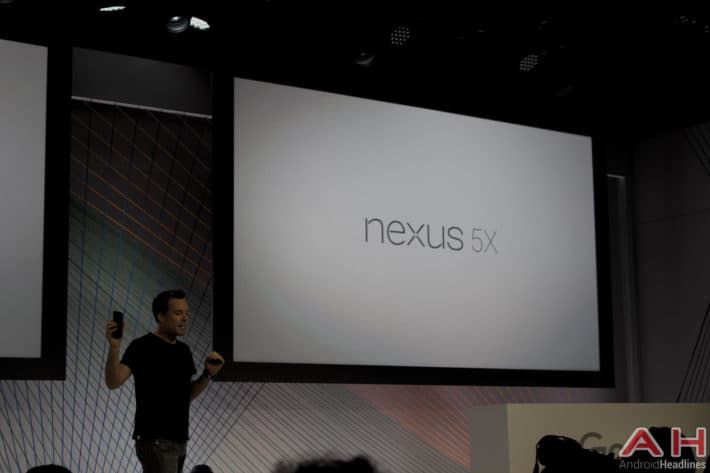 Earlier today, Google announced the Nexus 5X, a smaller Nexus device put together by their old friend LG, who was responsible for 2013's Nexus 5. It's a similar device to the original Nexus 5, but it's obviously been upgraded in a number of ways and is a much more modern device, running the absolute latest version of Android, 6.0 Marshmallow. Back when the orginal Nexus 5 launched, it was the Google Play Store that was still responsible for selling Google hardware, these days it's the Google Store that's in charge of this business.

The Google Store has expanded greatly since the device section of the Play Store was spun off some time ago, and it now sells Android Wear watches, all sorts of different accessories and now the new Nexus 5X. As we originally thought, the new Nexus 5X is not going to cost as much as last year's Nexus 6 from Motorola did, and will set you back just $379.99 for the 16GB model and $429 for the 32GB model, and considering that Google will not be supplying either the Nexus 5X or the Nexus 6P to carrier stores this year (at least not in the US, anyway), the Google Store might be a safe bet to pre-order your Nexus 5X. This sort of pricing is pretty damn good, considering that the new Nexus 5X is unlocked, and works anywhere – including support for Project Fi – and there are some neat features here such as the new fingerprint sensor. Not to mention the fact that you'll be getting updates for the next two years at least, before many other devices do.

The Nexus 5X is launching internationally via the Google Store as well as the US, pricing will of course vary, but it will be available in the US, the UK, Ireland, Germany and Japan. On stage, Google said that the Nexus 5X and the 6p will start rolling out "later in October" but right now there's no concrete date for shipping. Those that pre-order the device in the US will get access to a $50 Google Play Store credit, and international orders will get a 90-day free trial to Google Play Music, which also launched the rumored Family Plan today as well. We'll have more on the Nexus 5X and Nexus 6P throughout the day.