Wrecked Racing is an Android game that's all about creating as much destruction as you possibly can, while scoring points in the process. You could think of this as a sort of mobile version of the hit game Burnout, although the two are not associated with each other. Wrecked Racing asks players to cause as much damage as possible throughout 15 different cars of different size and speed across 18 different tracks in different environments and locations across the world. It's a free game, and you can unlock content by simply being good at the game, or speed things up through in-app purchases. With realistic physics and realistic damage models, Wrecked Racing is great for those that are fed up with driving round tracks sideways and pulling off tricks over ramps. TO let loose and cause havoc, Wrecked Racing is the game for you, so let's take a closer look shall we?

Before you get start creating all the carnage you want, you'll need to download Wrecked Racing from the Play Store. If you're not keen on in-app purchases and want all the story missions to be unlocked out of the gate, you can pay for the pro version here. Once you have, you'll be introduced to the different game modes at the hands of Nora. 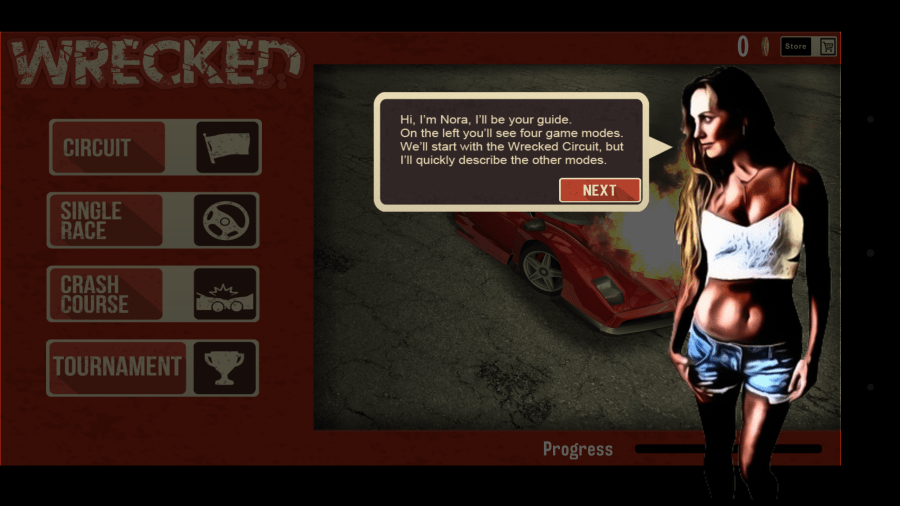 There are three different game modes outside of the original level-bay-level circuit mode, including a Single Race, a Crash Course and daily online tournaments where you can test your skills against other members online. 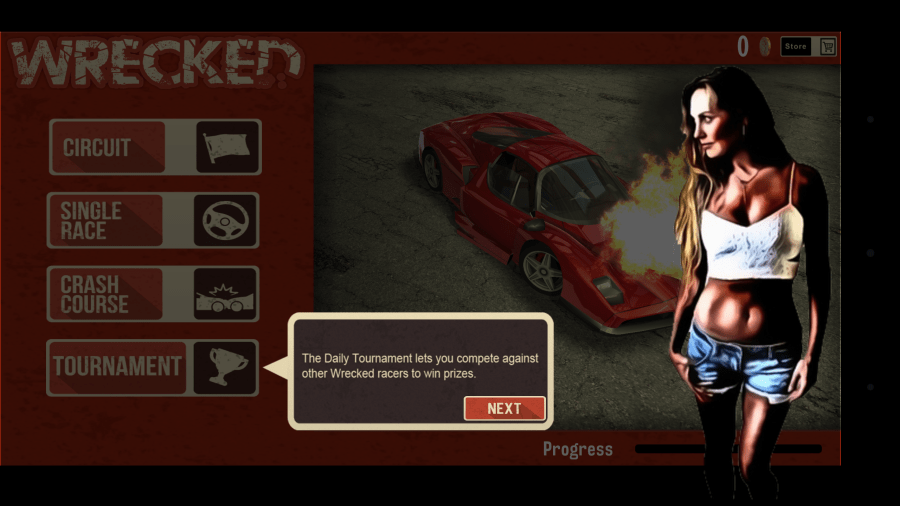 Hitting the tarmac and getting going doesn't take long, you'll first need to choose your car. You only have a quintessential red pickup truck to begin with, but once you have more coins, you can unlock all sorts of different cars, including vehicles modelled on the Audi R8 and Lamborghinis. 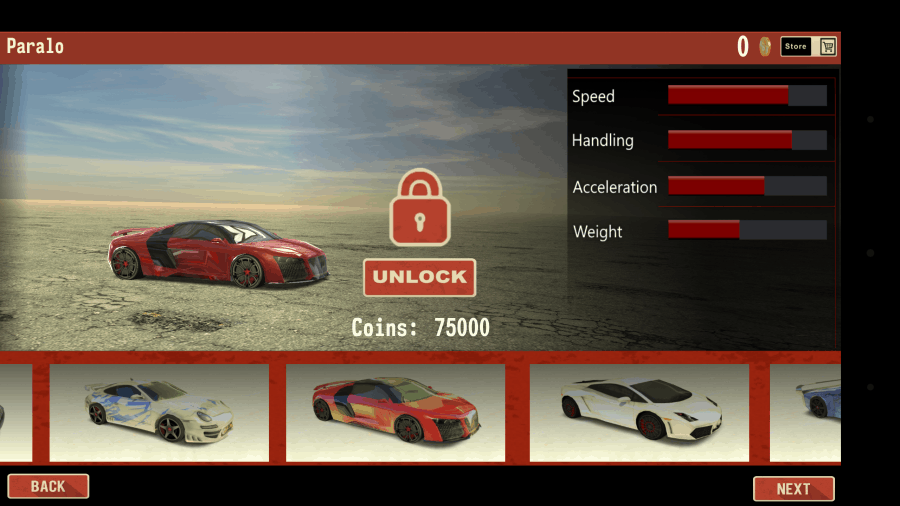 The tutorial modes are really quite helpful, they quickly and easily let you know which button does what and explain the simple control scheme to you. 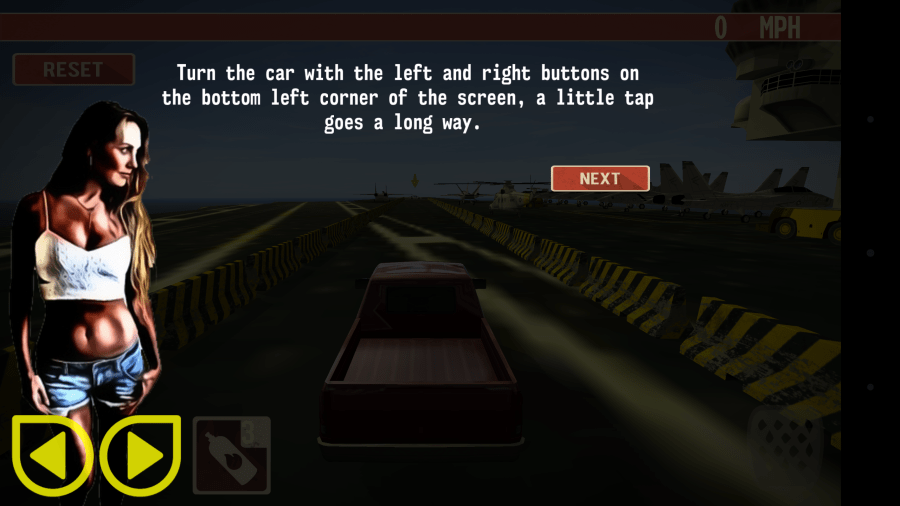 Essentially, what Wrecked Racing is all about is to hit cars and create a spiral of destruction and road carnage. 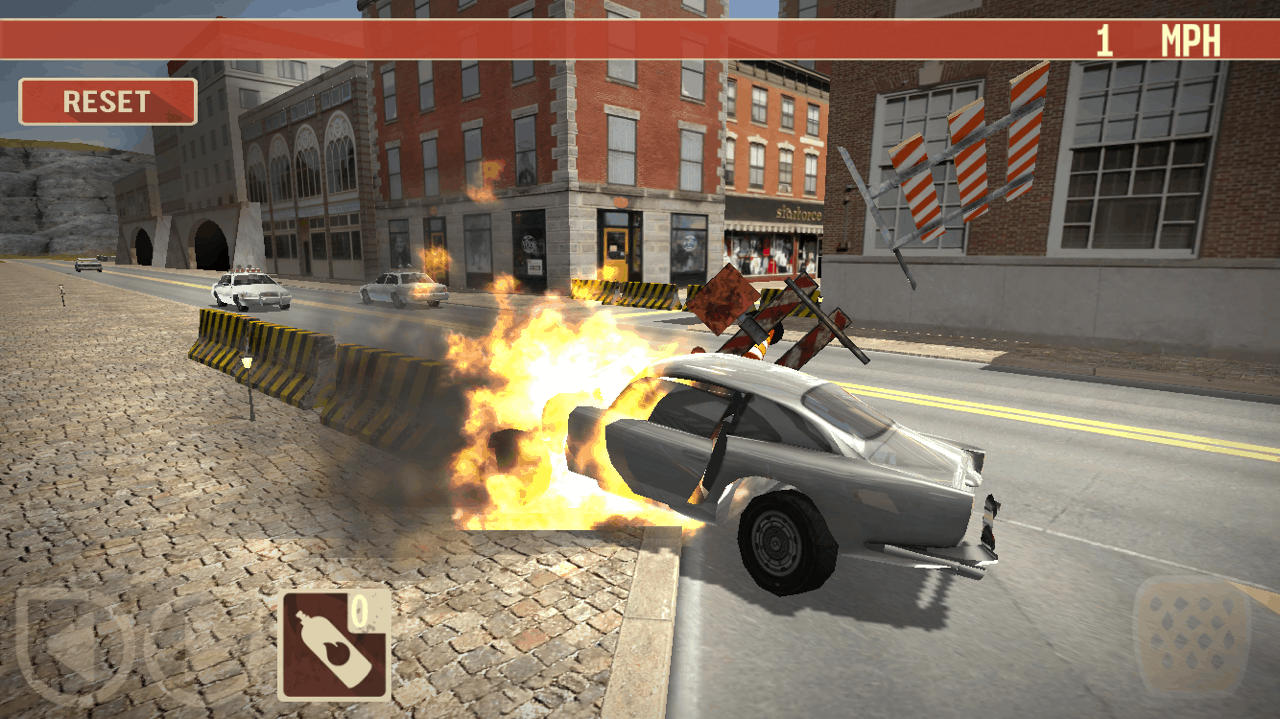 In the tutorial levels this sort of thing isn't quite as impressive as it is out in the open. When you go through other levels, you have to deal with moving traffic and such. This means that timing and car control become more important, and if you don't time things right, you could end up with a lacklustre performance. Playing a desert level, all I managed to do was take out an upcoming school bus, leaving the rest of the traffic to just sail on by. 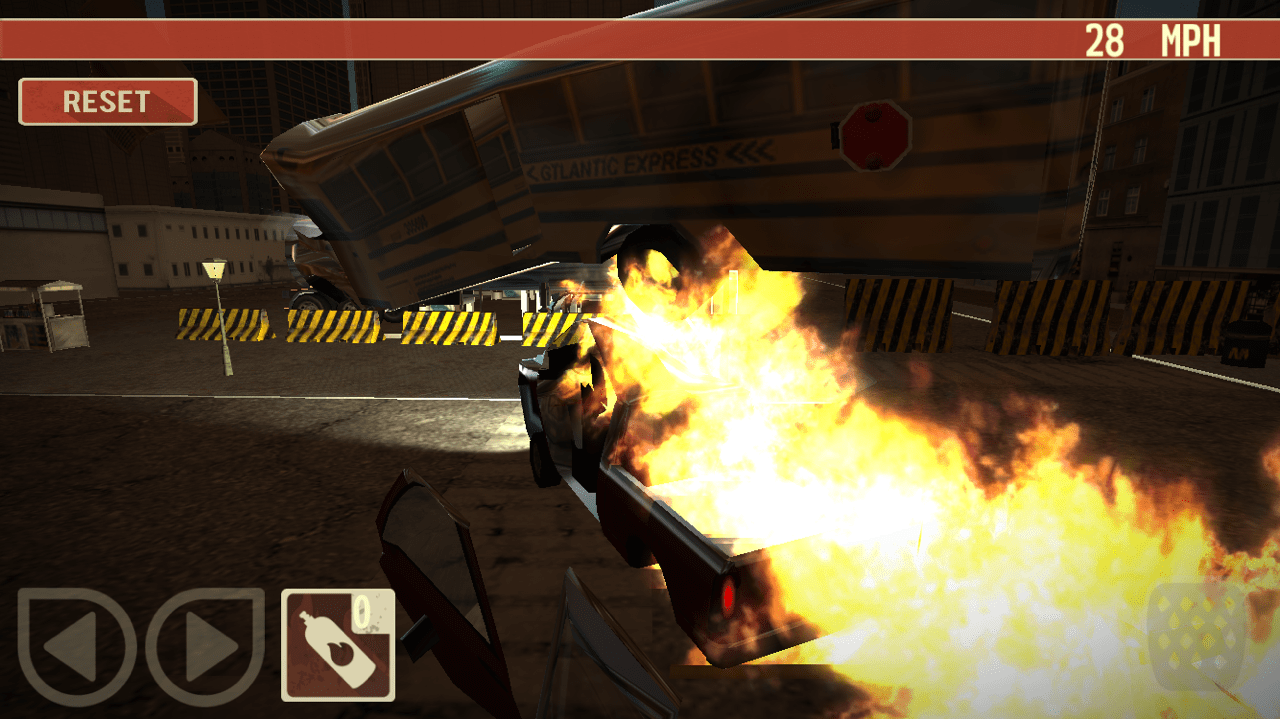 With some practice however, I managed to create a bit of a storm with a car pile up, which was good fun to watch unfold. 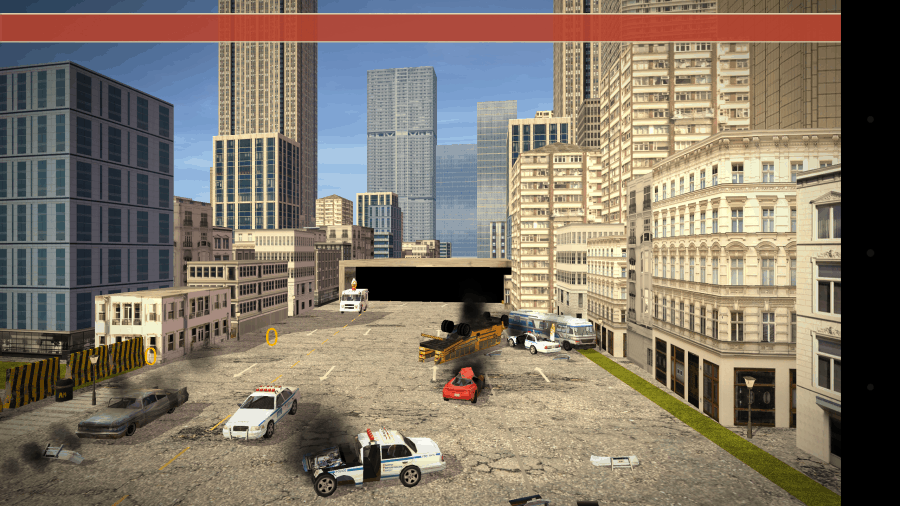 At the end of your run, Wrecked Racing creates a sort of highlight reel for you to watch, but the coolest thing is seeing all that realistic damage close up. 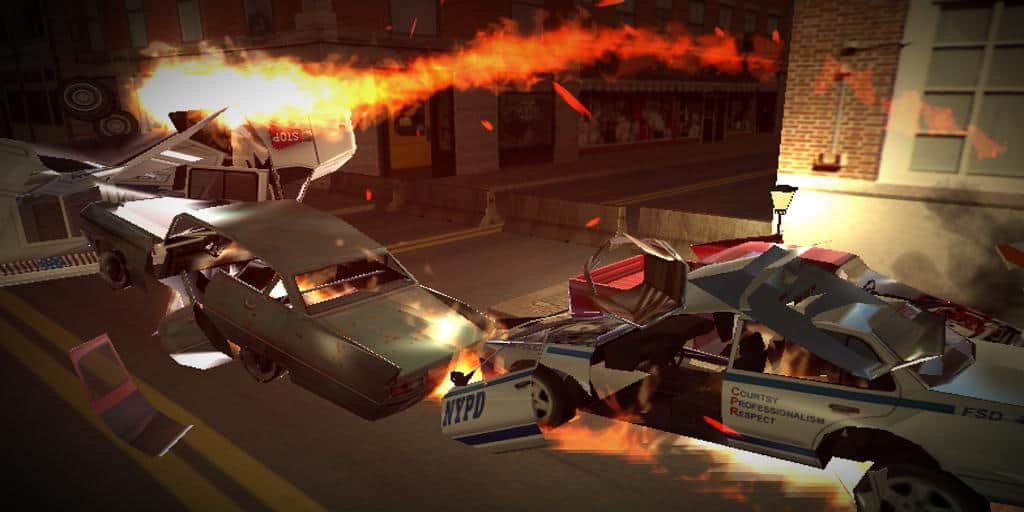 Wrecked Racing is a whole lot of fun, and it's a nice change of pace from games that just act as if they're hyper-realistic racing simulators. Instead of all of that, what Wrecked Racing does is present drivers with the chance to create all sorts of havoc on the road and while that might not be what everyone is looking for in a racing game, it sure is a whole lot of fun. There are 15 different cars and 18 different tracks available, and each one of them has fully moving traffic to negotiate, there's no trickery here, there really is some science to taking these guys out. You'll need to time things right, and make sure that you get your car in the right place at the right time, with enough speed – this is where nitrous comes in – to make sure that you make some sort of big boom. The graphics look good, and thankfully all the game wants is something with 1GB of RAM and most devices from the past few years should handle this well. It's a good lot of fun, and a quick game to get into, plus it's free.

All-in-all, Wrecked Racing is a great game that offers up all sorts of opportunities for those looking for a way to just let loose and cause some carnage. It looks great, runs well and there are few hiccups to get in the way of your fun. I do wish that it were easier to unlock new items and courses, but the game is free, and developers do need to make a living somehow. Besides, the game is such good fun that many of you will just keep on playing because you enjoy it, rather than anything else.