Whack Magic is an Android game that brings many different game types together in one game. It's got elements of whack-a-mole, RPG games and there's even an endless vibe about it as well. In a nutshell, you need to tap on the monsters that appear in the game grid to deal damage to them, some of them have defences and sometimes you'll be left weapons to use on the grid as well. You can collect combos to boost your score, keys to unlock 'Fever Mode' and coins to purchase new equipment and upgrades in the store. With over 80 different levels, including difficult boss battles and many different style of monster, there's a lot on offer in Whack Magic. Let's see just how much, shall we?

To start playing, you'll need to download Whack Magic from the Play Store, then you'll end up at the main menu. 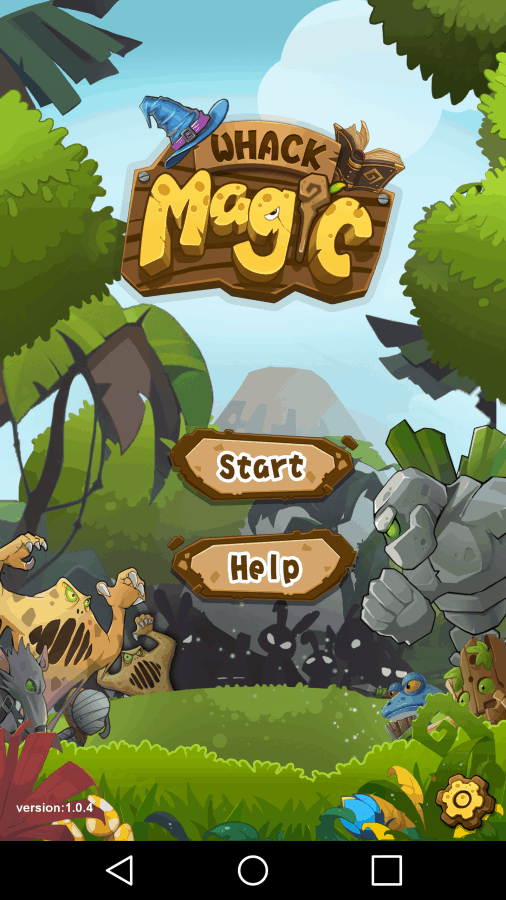 There are some nice animations on the main menu and already you get the feeling that this is an action-packed game. When you first start playing, you're introduced to the fairly simple game mechanics. 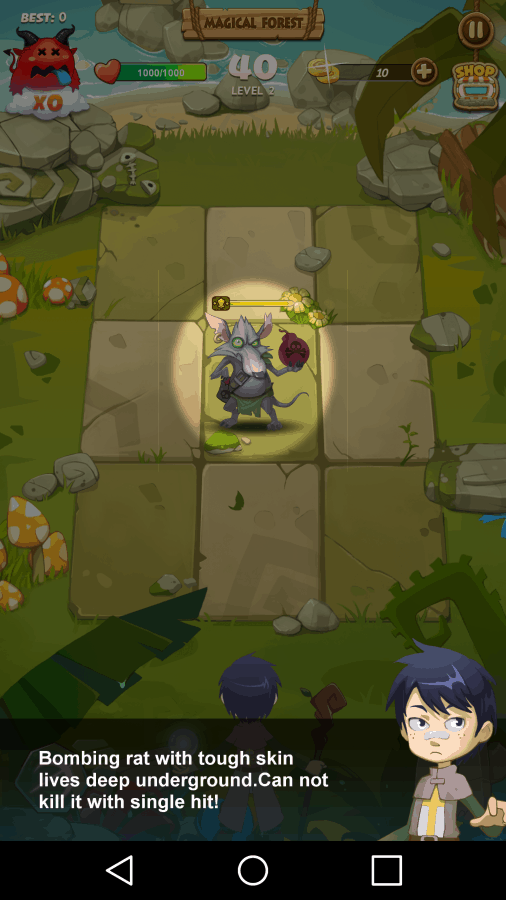 Certain monsters, like this bombing rat need to be tapped more than once. As soon as you have more than one type of monster on the game grid, things can get quite hectic. 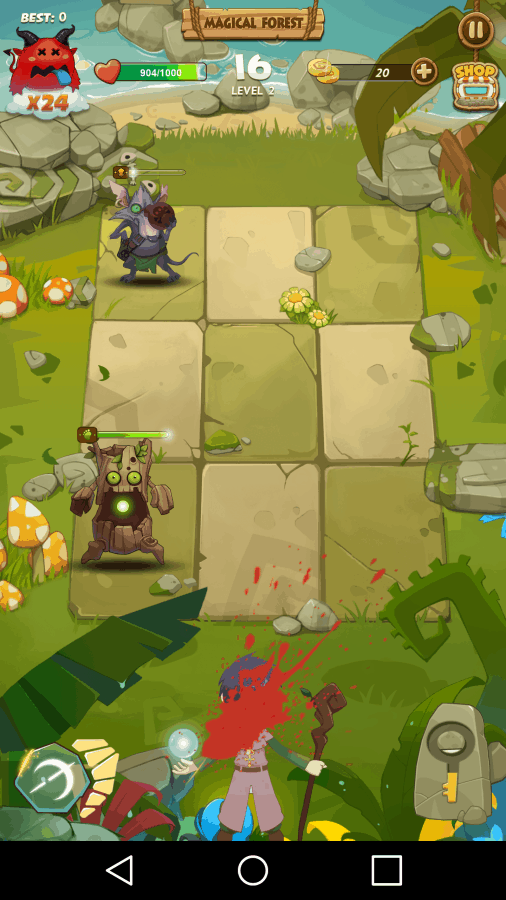 Enemies appear and disappear just as quickly, and this is great fun. This part is where the game gets its whack-a-mole elements, and those looking for something fast-paced and simple will really enjoy this. It's not easy though, as timing becomes a big part of Whack Magic, in the above screenshot you can see I've been hit by the enemies as I've let my guard down. However, if you stick with the game and become good at things, you'll be able to rack up a decent combo like this: 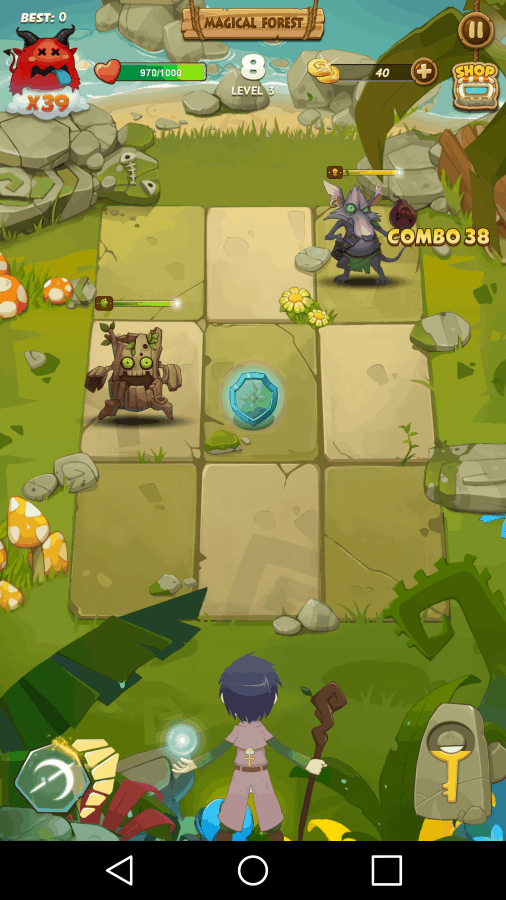 When you keep playing, items will be dropped like shields, potions, bombs and arrows that attack the enemy. You can also use your magic power once it's charged up. 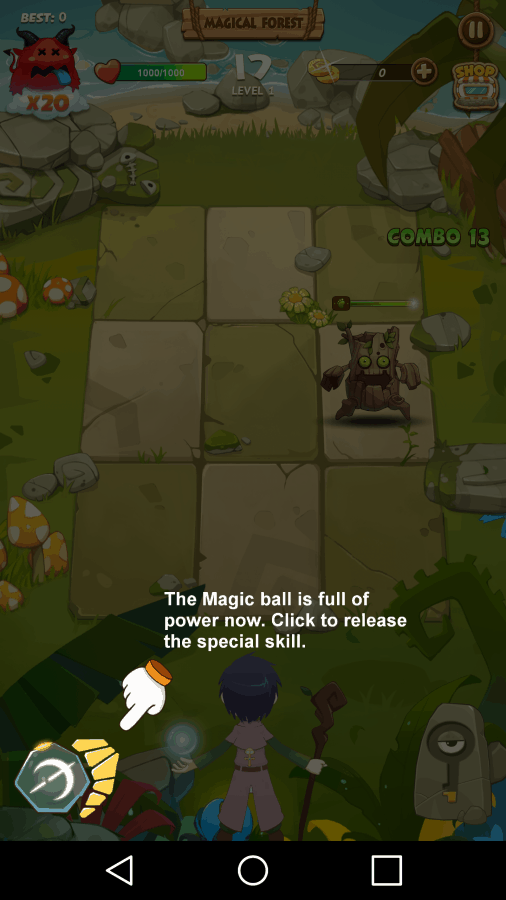 I got pretty good at the game after a little while and learned to really enjoy it. So much so that I was struggling to stop playing. One area I wasn't too fond of was how difficult it was to get enough money for any of the decent clothing or items in the shop, leading people to purchase what they want with real money. 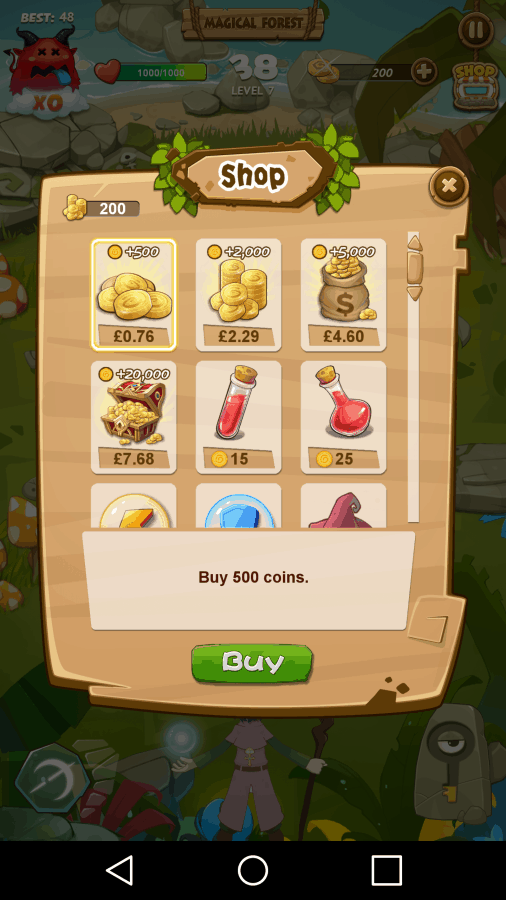 No matter though, as the gameplay here is addictive and fun enough for the majority of people to keep on playing. It might be a little repetitive for some, but I liked tearing down the levels as I went from one to the next.

Whack Magic is a pretty good little game, it's a mixture of all sorts of different games and there's a lot on offer here. It's easy to play, addictive and it's just good fun. Tapping monsters like these in quick succession while also remembering which monsters need an extra tap or whatever is good fun as well and the cartoon graphics are animated well and there of a high resolution, too. It might be the most complex Android game out there, but it's easy to play, entertaining and casual fun for all types of players.

All-in-all, Whack Magic is a fun game for casual players that doesn't insult them, but also doesn't add too many difficult mechanics or whatever. It looks good, runs well and is infinitely repayable thanks to the amount of levels and customization of the character through the store.