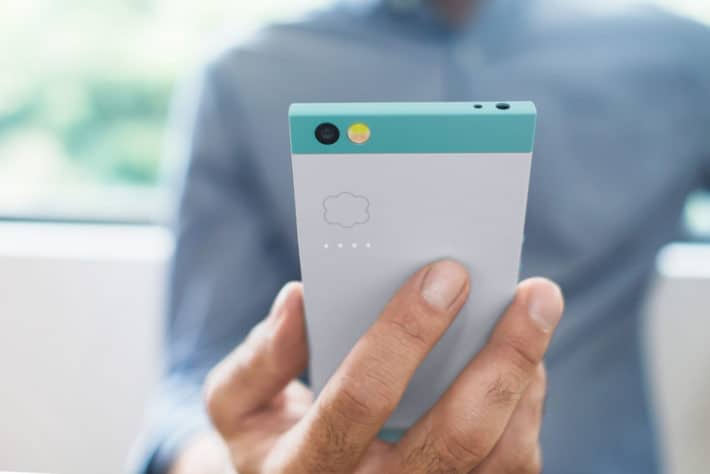 Today, Nextbit – a company made up of former Google and Apple employees – announced their first smartphone in the Robin. It's a pretty interesting smartphone, it's running on the cloud. So while you have 32GB of storage on the actual device, you have around 100GB of storage in the cloud. It's a pretty interesting device. But let's check out the specs for the Nextbit Robin.

As far as the display goes, we're looking at a nicely sized 5.2-inch display. This is a 1920×1080 resolution IPS LCD panel. While it's not Quad HD, it's still a nice resolution to have at this size. Powering the Robin is the Qualcomm Snapdragon 808 hexa-core processor. this is the same processor that is used in smartphones like the LG G4, and Moto X Style/Pure. As mentioned above, there is also 32GB of on board storage, along with 100GB of cloud storage available here. The Robin adapts to your storage needs, by offloading apps and photos to the cloud, this way you never run out of storage. We also have 3GB of RAM here. Nextbit have also included dual front-facing speakers with dual amplifiers. As well as a side-mounted power button with a built-in fingerprint reader.

For the cameras we have a 13MP camera around back with phase detection auto-focus, and dual-tone flash. Around front is the 5MP sensor for taking selfies and making video calls through Skype or Hangouts. It also uses a Nano SIM, so you may need a SIM cutter. Other connectivity includes WiFi 802.11 a/b/g/n/ac, Bluetooth 4.0 LE, and USB Type-C. There is also NFC and Quick Charge here, no Qi wireless charging however. Powering the device, is a non-removable 2680mAh battery.

As far as the bands that are supported, we're looking at:

So the device should work on both AT&T and T-Mobile here in the States. The Nextbit Robin is on KickStarter now, and you can be one of the first to grab one for a price of $299. If you don't support them on KickStarter, then you'll be paying $399 for the phone in Q1 2016 when it's available. Still not a bad price for everything in side here.