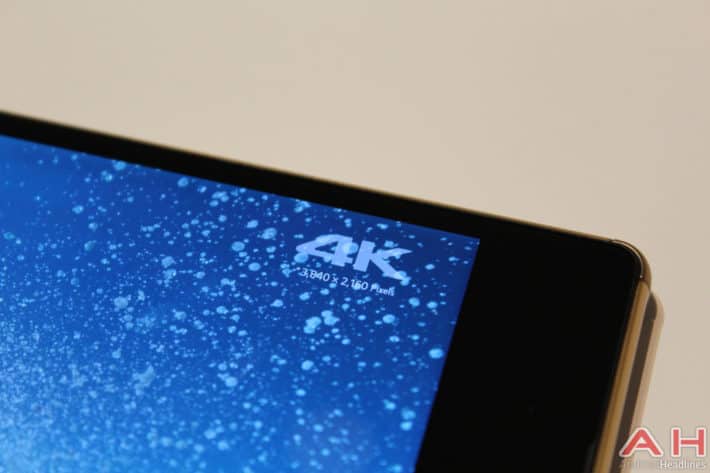 Last week during IFA 2015 in Berlin, Germany Sony unveiled the Xperia Z5 line of devices. Not unlike what they did with the Xperia Z3 from this time last year, Sony introduced an Xperia Z5 and an Xperia Z5 Compact. Both devices followed the similar path trodden by Xperia devices of the past, but the new Xperia Z5 Premium is something a little more exotic. With a 5.5-inch 4K display, the Premium model is perhaps an exercise in excess, but Sony are still claiming to offer two-day battery life. As the history of Quad HD displays has taught us, battery life suffers most at the hands of a greedy display, and the more pixels a display has, the greedier it becomes. So, how can Sony still claim to offer such excellent battery life? By choosing when and why to be a 4K smartphone.

According to reports collected by XDA-Developers, the Xperia Z5 Premium spends most of its time displaying a 1080p image, and then switches to a 4K image when it needs to. We'd assume that this would be when playing back 4K content – like that recorded by the new 23-megapixel camera – or when looking at high-resolution images. This makes a lot sense not only because the majority of content out there on YouTube, Netflix and other video services is still 1080p but also because apps and games barely make use of displays with 2160 x 1440 displays, let alone those running 3840 x 2160 displays. As XDA discovered, the less work you give the GPU inside of a smartphone, the better overall performance you'll get, as well as battery life.

The reason that Sony had stuck with 1080p displays for so long, while LG and Samsung were moving to Quad HD panels, was to deliver that same two-day battery life. With the Xperia Z5 Premium, Sony have created a way to get the best of both worlds. Running in 1080p mode for the majority of the time probably wouldn't matter to the majority of users, but for those looking to get the genuine 4K resolution out of an expensive smartphone, Sony might have disappointed some users. One thing's for sure though, until 4K content really takes off in an easy and accessible manner, a 4K smartphone won't make that much sense to the average consumer.