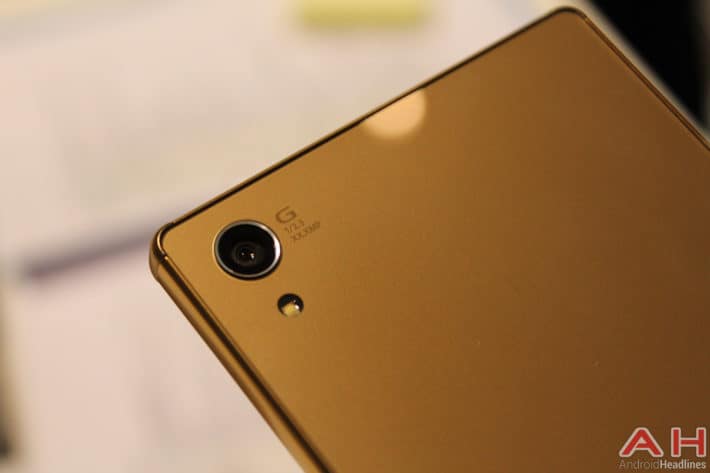 Earlier this week, during IFA 2015, Sony officially rolled out the Xperia Z5 line of devices. This included the now familiar 5.2-inch Xperia Z5 and the Xperia Z5 Compact at 4.6-inches, but also introduced the Xperia Z5 Premium with its bonkers 5.5-inch 4K display. Yep, Sony managed to squeeze the same amount of pixels into that fancy new TV you've been eyeing up into 5.5-inches. As well as this, the new Xperia Z5 line also feature a 23-megapixel sensor, the first upgrade to the 21-megapixel sensor used in Xperia Z devices for two years. However, as GSMArena have discovered, it's actually a multi-aspect 25-megapixel sensor with some interesting tricks up its sleeve.

First of all, we need to address the multi-aspect part of this. For years, digital cameras have been shooting in 4:3, an evolution of the 3:2 ratio used by 35mm film cameras. Since then however, everything has gone all widescreen, giving us the 16:9 aspect ratio, that 5.5-inch display in the Xperia Z5 Premium is 16:9 for example, yet most smartphone camera sensors are square, or closer to being square than they are a rectangle, closer resembling the 16:9 ratio. That means that when you shoot in 16:9 on a smartphone camera, it traditionally shoots in 4:3 (a near-square) and then cuts out the middle portion to make a widescreen, 16:9, image. Thus, losing the top and bottom of the 4:3 image and losing detail. As GSMArena have discovered however, the Xperia Z5 line can shoot in both 16:9 and 4:3, as a result of the sensor being a larger 25-megapixels capable of capturing images taller than 16:9 and wider than 4:3.

So, how do Sony get this 23-megapixel figure then? Well, images shot in 4:3 (the norm for digital stills) come out at 5,520 x 4,140 pixels or 22.85-megapixels, getting them close to that figure. Meanwhile, 16:9 images come out as 5,984 x 3,366 pixels or 20.14-megapixels. Either way, the camera inside of the Xperia Z5 seems to be a solid shooter, and while we've only spent a little time with it, we're impressed so far. How good the Xperia Z5 line's camera is in proper testing remains to be seen but this little discovery at least confirms that these devices have a new sensor, the first new sensor in two years.