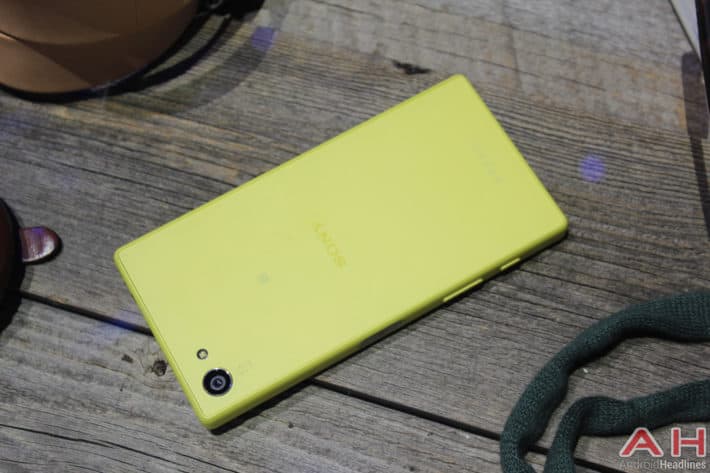 Any time a new device comes out, part of the fun for users as well as developers can be getting a hold of the new apps which are preinstalled on the newer devices. This is especially the case for those who may be using an older device and may not yet be ready to update to a new phone. In this case, we're talking about the Sony Xperia Z5 Compact. Sony announced the Xperia Z5 range of devices earlier this month at the IFA conference in Berlin, Germany, and while much of the devices will be the same when it comes to applications compared to previous version devices, there will undoubtedly be some apps which are newly revised.

Just recently, the system dump for the Sony Xperia Z5 Compact was just released. While not immediately available in their current state, the apps, wallpapers, ringtones, and other system files that come preloaded onto the Sony Xperia Z5 Compact will be able to make their way to older Xperia devices once the apps and files can be taken out of the system dump and forged into usable installs and files for users, should those with the know-how take the time to extract those files and make them available to others, which likely won't take long.

At the moment there are no apps or files that have been ported or extracted for use, so there isn't anything readily available for the end user at this point in time. Eventually however, newer versions of Sony apps and other system files will make their way to the web. If you're a developer or just a user who likes to tinker with stuff and knows their way around these types of files, you can grab the system dump from the source link and start working with it. There are multiple links where you can pull the download from, including Mega and Google Drive as well as the main source. There are already people working on the system dump to grab all sorts of files to port over for others to grab and use, so perhaps in the next few days there will be a few files to work with.