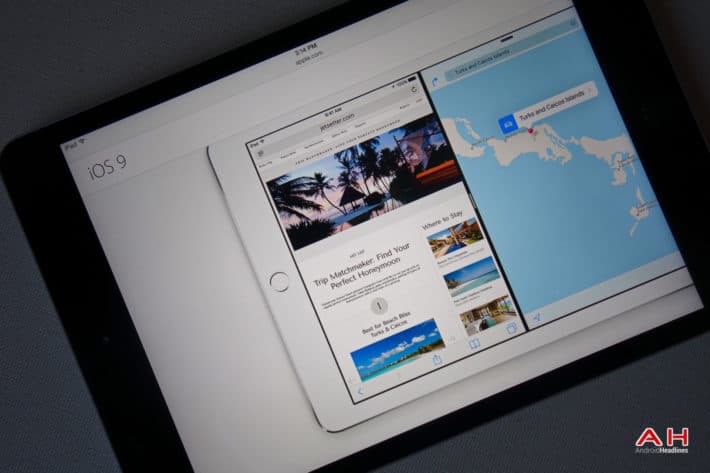 With the Apple event having took place today that included the announcement of the new iPhone 6S and iPhone 6S Plus, as well as the announcement for the release date of the upcoming iOS 9 software update, it's time to revisit the similarities between Apple's mobile OS and Android. While iOS 9 will undoubtedly come with some useful features for Apple device owners, there's no getting around the fact that some of these functions are things which have been available on Android for quite some time. One of the most prominent mentions when iOS 9 was announced was the coming inclusion of the multitasking mode for iPads, which is something that various Android devices have had for a while. In particular, some of Samsung's flagship devices have sported an multiwindow feature for the last couple of years that allow for having two apps open side by side.

Another feature worth noting is the new functionality coming to Siri called "Proactive" which gives users contextual suggestions based on various different criteria like time of day, location, user habits and more. This is not too unlike Google Now which takes various factors like location, previous search results, used apps, calendar and event dates, flight times and hotel reservations and more and feeds them to users through their notification tray. While Google Now has spent the last few years growing and having new functionality added, it has been available since 2012 when Google announced it at Google IO that year.

iOS 9 will also be introducing a new feature (or rather an app, if you will) called News, which will be a collective of articles from different sources that will essentially be aggregated into one place for users to read. Some of these sources are ones that Apple has specifically partnered with to have content to feed to users while the app will also support articles from various web links. News has been described as being very similar to Flipboard, and also isn't too unlike Play Newsstand which also has a collective of articles from various sources while also supporting articles from web links. Apple's update to iOS 9 will surely bring in some good functionality and new features to the platform that users will love, but it shouldn't be forgotten that some of this has been available to Android users for quite some time. Is Apple playing catch up by introducing some of these features just now? Maybe. Does it matter? Not necessarily, and in the end it only adds more competition which is good for both Android and iOS as a whole, which means it's better for the user as they have more choice.