Letv is a China-based online video streaming company. That’s only one of this company’s pre-occupations though, they’re involved in many various projects, and the company has also released their first three smartphones back in April. Interesting enough, all of these devices are high-end, and sport a very sleek design at the same time. The company calls them ‘Le Superphones’, and it seems like they’re selling really well thus far. That being said, Letv has already teased their upcoming Snapdragon 820-powered handset, and their mid-range Letv 1S smartphone has surfaced on AnTuTu recently.

A new Letv-branded handset appeared on AnTuTu benchmark in China, and it’s called Letv X Pro it seems. This handset has managed to score 75,413 points on AnTuTu, which suggests we’re looking at a high-end device here. What does this mean? Well, it means that this handset will be powered by an SoC which is more powerful than the Exynos 7420, at least on paper. This means we’re looking at either the Snapdragon 820, or the Helio X20 (MT6797). Now, considering that Letv already teased their Snapdragon 820-powered device, I guess we can assume the X Pro is fueled by that chip.

Unfortunately, we still don’t have any spec info when it comes to this device, aside from the fact it will sport one of these two SoCs. The source did, however, mention that this device will cost more than 3,000 Yuan ($470), which also suggests we’re looking at yet another premium offering by this Chinese smartphone manufacturer. If this device is truly powered by the Snapdragon 820 processor, it won’t launch this year, that much is for sure. Smartphones powered by Qualcomm’s newest chip will arrive in Q1 2016 at the earliest. Aside from this SoC, you can also expect this device to sport metal build, 4G LTE connectivity, 20+MP camera, 4GB of RAM and a number of other high-end specs. We’re also hoping that Letv will manage to further trim the bezels on this handset, the Le Max had really thin bezels, but it would be great if the company managed to push the limits even further. Either way, stay tuned for more info. 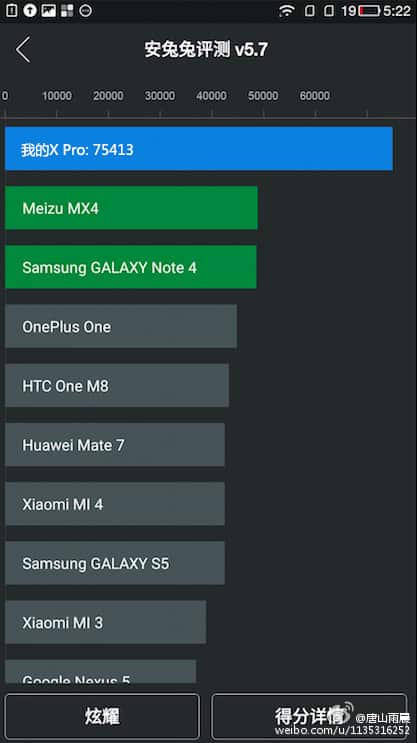