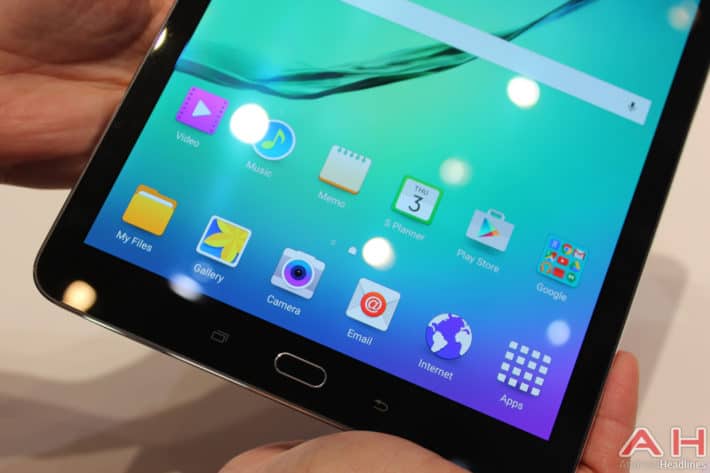 Last Wednesday, Apple took the world by storm with their new announcements, especially the iPad Pro, along with other exciting new launches. While this might seem exciting to every tech enthusiast in the market, it doesn't appear to be the same way for Samsung, with them trying to promote the new Galaxy Tab S2. Apple stealing the spotlight is not something Samsung would gladly accept, and so they retaliated back by producing an ad focusing on the key points where Samsung beats Apple, and that would be the expandable memory.

The Korean Electronics Giant has released the ad suggesting rational benefits, carrying the tagline that your downtime will immediately be elevated once you get your hands on the Samsung Galaxy Tab S2. As the ad describes, even if you are sitting on a plane with awful co-passengers, the moment you start using the tab, you'd feel as if you're sitting on a park bench in a robe, blissfully unaware of all your troubles. If it sounds bizarre, Samsung is to blame. It also describes using the tab as to making the most of your extra time, instead of finding the meaning of life, which is pretty confusing.

The way the ad reveals the tagline is interesting. The slogan claims that the tablet will 'elevate your downtime' while downtime actually refers to the time spent away from all things related to technology in peace and tranquility, and Samsung intends to invade this very space. But the ad succeeds in passing on the message that the one feature iPad never had is the memory, and it is incredibly useful while watching video content. Samsung has kept up its fight against Apple with the help of releasing new advertisements that specifically focus on areas that Samsung excel in while it is a shortcoming for Apple. This can be seen in the recent launch of Apple Pencil, which the Korean company mocked, as it has been sporting the Galaxy Note lineup with a stylus for quite a few years now. The tablet market is descending into a slump, and the companies are doing everything they can to stay afloat from offering new features, to reducing prices and producing snappy advertisements, which they hope will be enough to revive the demand.