The smartwatch and wearable market is one which is seeing significant growth over the last year. In fact, the last months alone has a seen a number of new arrivals. Although, it seems undoubtedly that IFA this year, was what everyone was waiting for in terms of smartwatch news. This was thanks to both Samsung and Motorola unveiling their two highly awaited smartwatches, the Gear S2 and the new Moto 360.

In terms of Samsung’s offering, the industry was heavily watching this particular device, as it is one which has repeatedly been reported that the company were adopting a new form factor. Not to mention, it was one in which Samsung had taken a lot longer in developing, than they had in the past. The features on offer like the rotating bezel and the increase in variance of devices that the two smartwathces will work with have also helped to increase the anticipation of the devices. Needless to say, when Samsung did launch the Gear S2 and the Gear S2 Classic, the interest was massive and since then, many have been waiting to get their hands on the two smartwatches.

On that note, not long ago Samsung did confirm that the smartwatches would become available in October, although firm details and region specific dates were not provided. Recent developments are now suggesting that the Gear S2 will become available in the U.S. through a number of carriers from October 2nd. However, details of elsewhere are limited. Well, as is typical with these things, a European online retailer has now started listing the shipping date for the Gear S2 and Gear S2 Classic. The date being suggested by the listing is October 25th and as these dealers often have insight into such things, it is possible this is correct. Not to mention, with the way that Europe tends to operate and how Samsung tend to approach this region, this could be the actual date for all of Europe. The retailer who is listing the date is a Dutch retailer and as such, if the date is correct, a more wider European rolling out could be on the cards from the 25th October. Of course, it is always worth keeping in mind that this initial date could be wrong, a best guess by the retailer or simply changed by Samsung in the coming weeks. 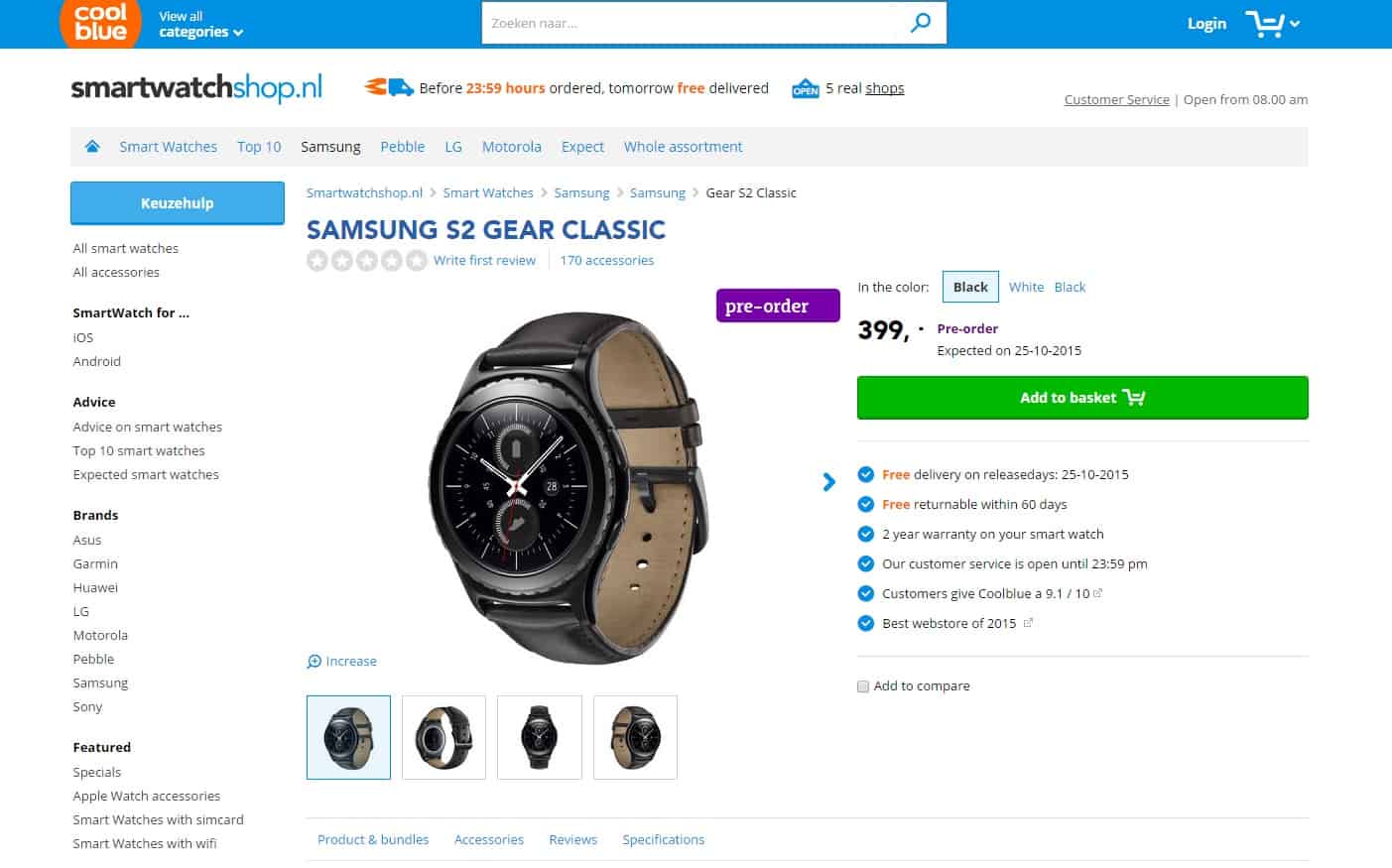