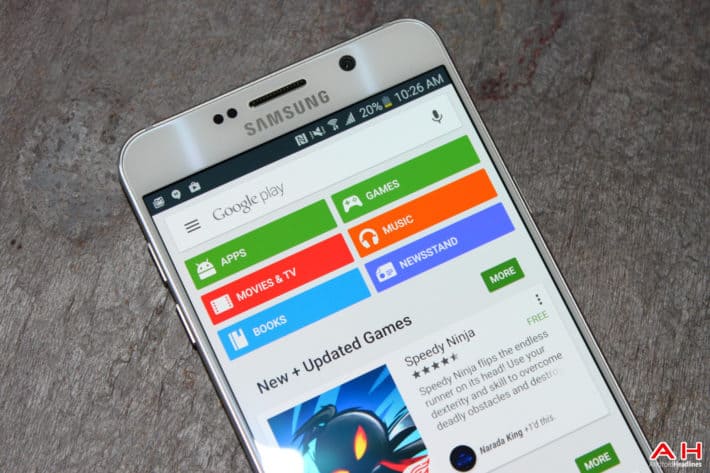 Since Google's Android Market was renamed the Play Store, it's become a core part of Google's consumer offerings and of course, an integral part of the Android platform. While you can easily search and install apps from the Play Store on any PC signed in with your Google account, the majority of users simply load up the app on their smartphone or tablet and browse away on their devices. Over time, the Play Store app has gone through numerous facelifts and changes, and as a new version of Android looms, it's unsurprising that some big new additions are starting to form.

Android Police have taken the latest version, v5.9, of the Play Store app for Android apart and have found a few big new features. One of which will be familiar to those that have been running the Marshmallow Developer Preview, in that apps ran for the first time will display which permissions they have access to. This goes hand-in-hand with previous changes to how permissions are presented to users, and should go a little further to educating users to check what an app has access to. Next up is a feature that we knew would be coming; fingerprint authentication. During the Google I/O Keynote earlier this year, Google unveiled Android M with native support for fingerprints, and as such, a new authentication method is headed to the Play Store. Strings of this have been found in the teardown and this should come as no surprise considering the latest leaks of Nexus devices with fingerprint sensors.

Finally, the last big addition in version 5.9 of the Play Store is an uninstall manager, named so through the string as "com.google.android.finsky.uninstall.UninstallManagerActivity". It looks like this will only appear when an app or game can't be downloaded due to a lack of space, giving users the option to remove an app and have this new app take its place. Cleaning apps for Android have included App Managers and a quicker way of uninstalling multiple apps at once, but it doesn't appear Google is taking this route, at least not yet.

When Android 6.0 Marshmallow launches this Fall, version 6.0 of the Play Store should land with it, and it could come with a handful of other features besides these outlined in the teardown of v5.9. For those that want the latest version of the Play Store, Android Police's APKMirror has you covered, but the patient types can just wait for the latest version to hit your device.