Do we have a good one for you today – the powerful ASUS ZenFone 2 (ZE551ML) goes up against the newest OnePlus 2.  Which one of these Chinese devices has what it takes to win this specification comparison and which one would make you a great daily driver.  The ZenFone 2 has been out a few months and the OnePlus 2 is just making it to market with both devices praised, for the most part, by their reviewers.  Here we will take a look at some of their similarities and then below we will take a more in-depth look at each device in our quest to pick a winner.  We will also be looking at the top models of both devices with 4GB of RAM and 64GB of internal memory.

Both of these devices have a 5.5-inch FHD display, so it comes as no surprise the devices are almost identical in physical size as well and only 5 grams difference in weight.  As I mentioned both devices have 4GB of RAM and 64GB of internal memory.  The camera areas are identical in sizes – 13MP sensors for the main cameras and 5MP for the front-facing cameras (FFC).  The ZenFone 2 and OnePlus 2 both have a large, non-removable battery – 3000mAh in the ZenFone 2 and 3300mAh in the OnePlus 2.  Both are Dual-SIM devices and both have most of the usual suspects – Wi-Fi, Bluetooth (4.0 in ZenFone 2 and 4.1 in the OnePlus 2), GPS, and a microUSB port (2.0 in ZenFone 2 and Type-C in OnePlus 2) for charging and data transfer. 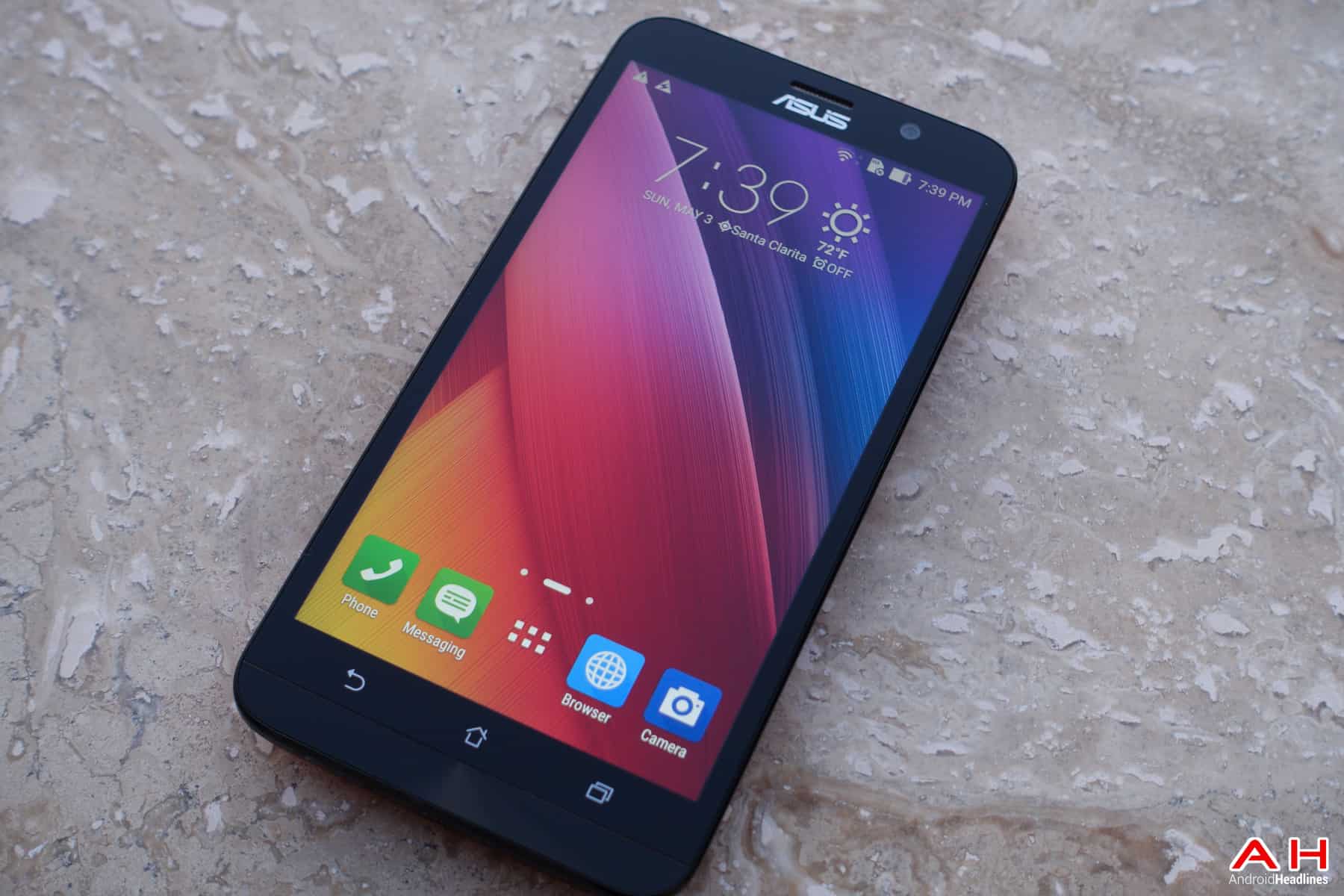 The ASUS ZenFone 2 has a plastic build that looks deceptively high-end with its apparent brushed metal look.  We are not saying it feels cheap – it does not – but we are saying it is not in the same league that the Galaxy S6 or HTC One would reside.  Like the LG G4, the rocker switch for the volume is on the back of the device, but the on/off button is rather awkwardly located on the top.  What I am saying is that it is just not quite as refined as the LG G4.  The curved back of the ZenFone 2 makes it easy to hold and also explains its 10.9mm thickness.

The ASUS ZenFone 2 features a 5.5-inch IPS LCD Full HD (FHD) display with a resolution of 1920 x 1080 pixels and 401 pixels-per-inch (PPI).  It goes up against the same FHD display on the OnePlus 2.  The top-of-the-line model we are looking at uses a 64-bit Intel Atom Z3580 quad-core processor coupled to 4GB of RAM and 64GB of internal memory, although, unlike the OnePlus 2, it does offer expansion by way of a microSD card.  This compares to the OnePlus 2’s 64-bit Snapdragon 810 octa-core processor, 4GB of RAM and 64GB of onboard storage with no room for expansion.

The main camera is packing a 13MP sensor, autofocus and a dual-tone LED flash…but no OIS.  This will certainly supply some decent photo shots, but this is up against the OnePlus 2’s 13MP sensor with laser autofocus, dual-LED flash, and OIS.  The ZenFone 2 comes with a large 5MP FFC for social selfies and video chatting…as does OnePlus 2.  Power for the ZenFone is in the form of a 3000mAh non-removable battery and the OnePlus 2 has a larger 3300 removable battery.

This Dual-SIM device will arrive running Android 5.0 Lollipop along with its ZenUI Skin overlay that has followed the Google Material Design look.  It will eventually be available in Osmium Black, Sheer Gold, Glacier Gray, Glamor Red and Ceramic White.  Pricing on GearBest for either the Gray or the Red model with 4GB of RAM and 64GB of storage will cost you $336 to $385, although specials are running all of the time. 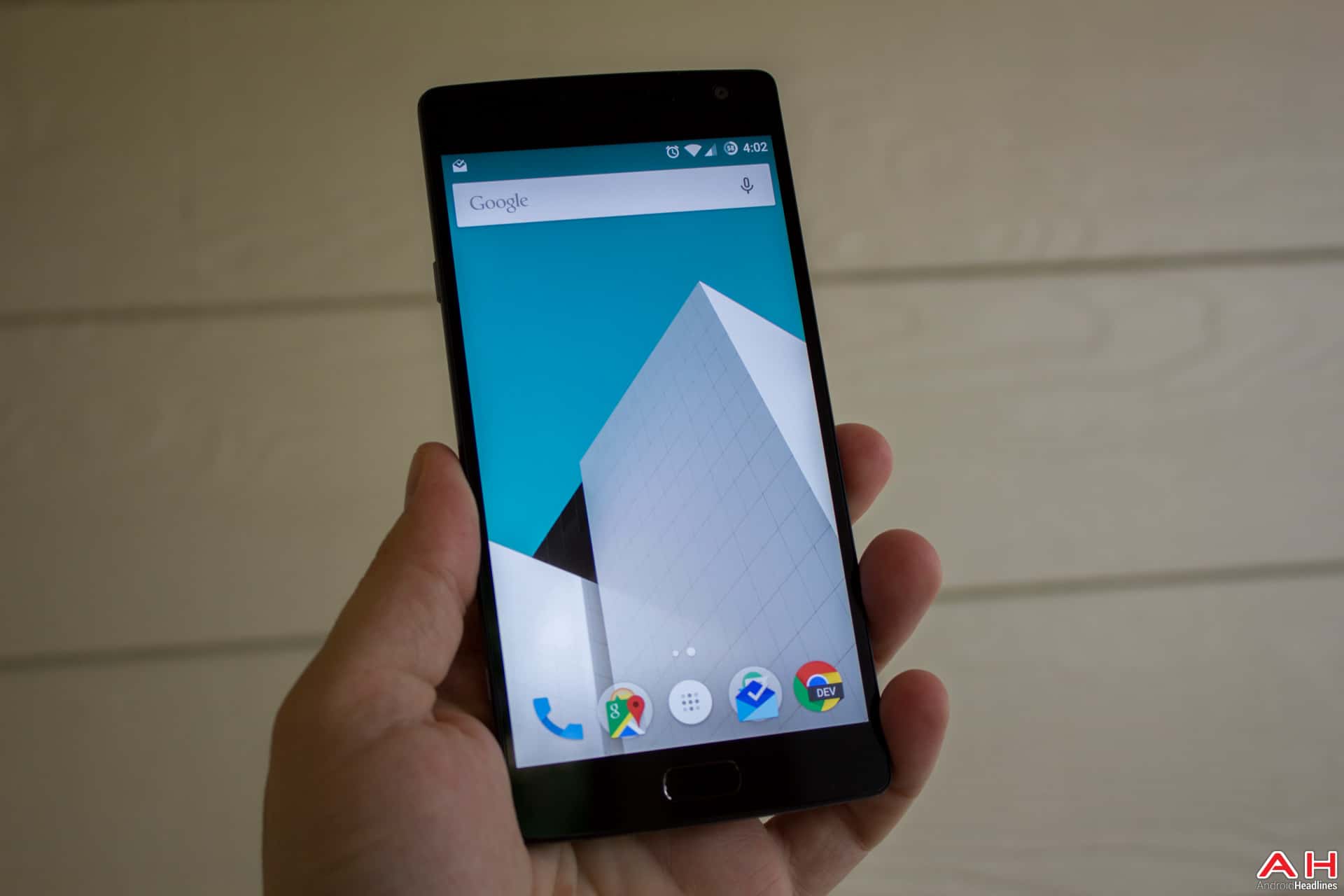 OnePlus, a Chinese startup company that came out with their first smartphone, the OnePlus One last year, are following up this year with the OnePlus 2.  The build quality of the OnePlus 2’s with its solid metal frame and trim is without question, however, it is difficult to build a flagship device with low pricing and not cut some corners.  OnePlus kept the same FHD display, the same size camera, but added 1GB of RAM and increased the battery from 3100mAh to 3300mAh.  OnePlus did add a fingerprint sensor, but took away the NFC functionality, which was included in the OnePlus One.  What this means is that the fingerprint sensor can unlock the phone, but nothing else…no Android Pay, no mobile purchases at all.

The OnePlus 2 sports a 5.5-inch LTPS LCD FHD display with a resolution of 1920 x 1080 pixels and 401 PPI versus the same LCD FHD display on the ZenFone 2 with the same 401 PPI.  OnePlus selected Qualcomm for their 64-bit Snapdragon 810 octa-core processor and to keep it from overheating, under-clocked it to 1.8GHz…this goes up against the ZenFone 2 with its 64-bit Intel Atom Z3580 quad-core processor.  The OnePlus 2 has two options when it comes to RAM/Memory – 3GB/16GB or 4GB/64GB – although, according to OnePlus, the 4GB/64GB is the only one available for a while.  The ZenFone 2 packs 4GB of RAM with 64GB.  There is no room for expansion in the OnePlus 2, but the ZenFone 2 has room for expansion.

The camera in the OnePlus 2 retains the same 13MP sensor as the OnePlus One, but improved by adding laser autofocus, a dual-LED flash and OIS.  This goes up against the 13MP, autofocus and dual-tone flash on the ZenFone 2.  For the FFC, OnePlus included a large 5MP camera for selfies or video chatting…the same size on the ZenFone 2.  The OnePlus 2 increased the non-removable battery size from 3000mAh to 3300mAh and it goes up against the smaller, non-removable 3000mAh battery in the ZenFone 2, which also has a quick charge option. 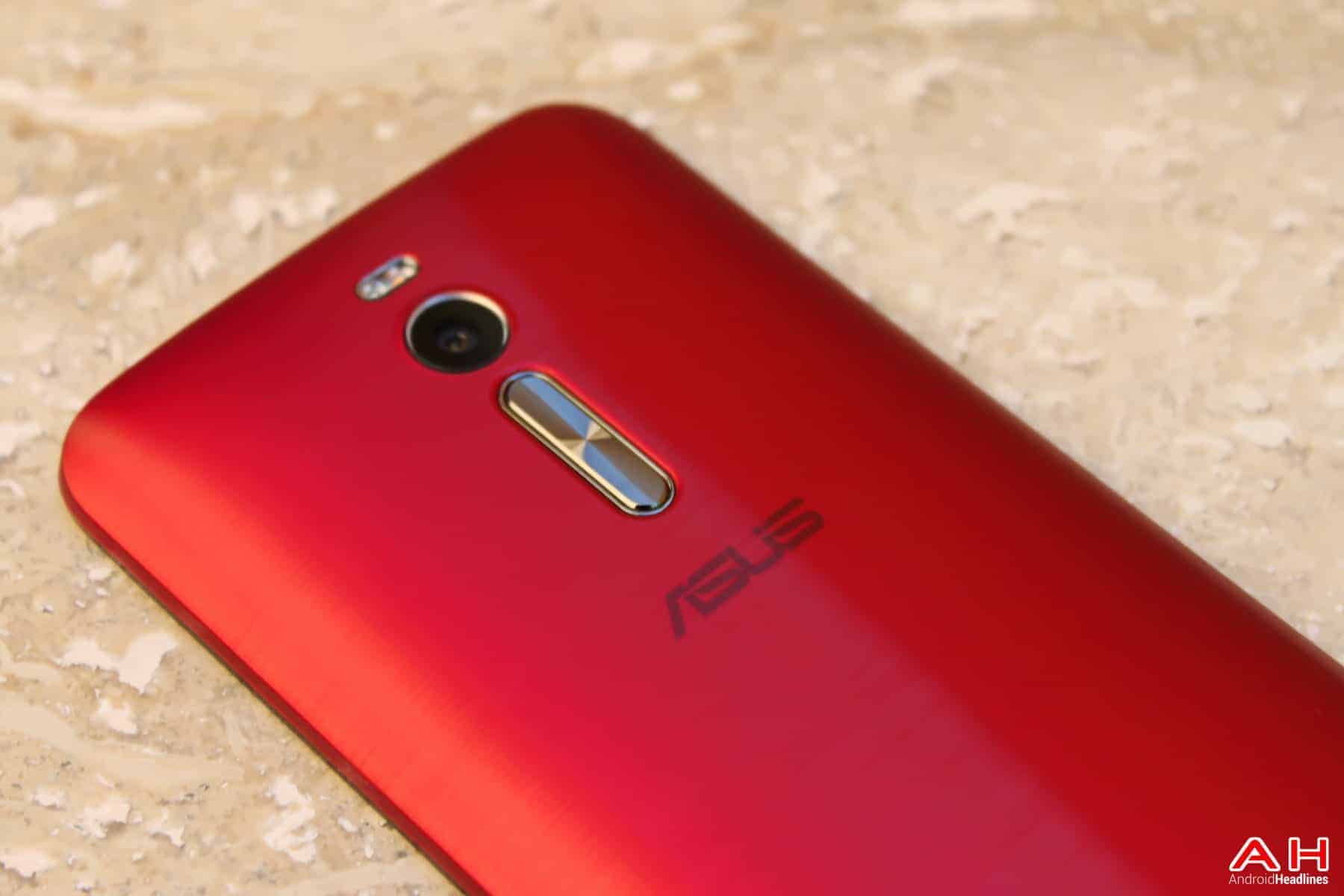 With so many specifications being the same in the ZenFone 2 and OnePlus 2 it was difficult to make this decision, but I pick the ASUS ZenFone 2 as the winner in this comparison.  Some items that helped me decide – there are still questions surrounding the Snapdragon 810, with OnePlus actually throttling the processor to keep it from overheating, while the Intel Atom Z3580 is very impressive.  It also has expandable storage, an FM radio, fast battery charging and the inclusion of NFC for mobile payments.

The OnePlus 2 is a beautiful device and would suit anybody already on the AT&T or T-Mobile network.  While it does include a fingerprint sensor, it is only useful for unlocking the device. By excluding NFC, OnePlus has crippled their second device from performing any form of mobile payments.

With a selling price close to each other, I do believe that you get more for your money in the ASUS ZenFone 2 and hence is the winner.