Skip to content
Trusted By Millions
Independent, Expert Android News You Can Trust, Since 2010
Publishing More Android Than Anyone Else
5
Today
45
This Week
512
This Month
6269
This Year
116247
All Time Do we have a good one for you today – occasionally we compare phones that have a strong, cult-like following, and we have two of them for you today.  The LG G Flex 2 and the OnePlus 2 have that type of loyalty – one group loves the curved, flexible and self-healing back of the LG G Flex 2 and the other group loves the OnePlus devices – first the model One and now its predecessor, the OnePlus 2 – with great build quality and lower pricing.  Today we will look at both of these devices and see which one we will choose as the winner of this specification comparison.

Both devices are approximately the same physical size as well as the same display size – 5.5-inch on the G Flex 2 and on the OnePlus 2.  Both devices use a 64-bit Qualcomm Snapdragon 810 octa-core processor, although OnePlus under clocked it a bit to prevent overheating and they both use 3GB of RAM (OnePlus 2 also has a 4GB model).  The camera areas are excellent on both devices, and even use the same 13MP sensor for the main camera, with laser autofocus, dual-LED flash and OIS.  The G Flex 2 and OnePlus 2 both have specialized circuits for sound.  They both have the usual suspects – Wi-Fi, Bluetooth 4.1, GPS, a non-removable battery and a microUSB port for charging and data transfer (G Flex 2 has the normal v2.0 and the OnePlus 2 uses the new Type-C, reversible plug.) 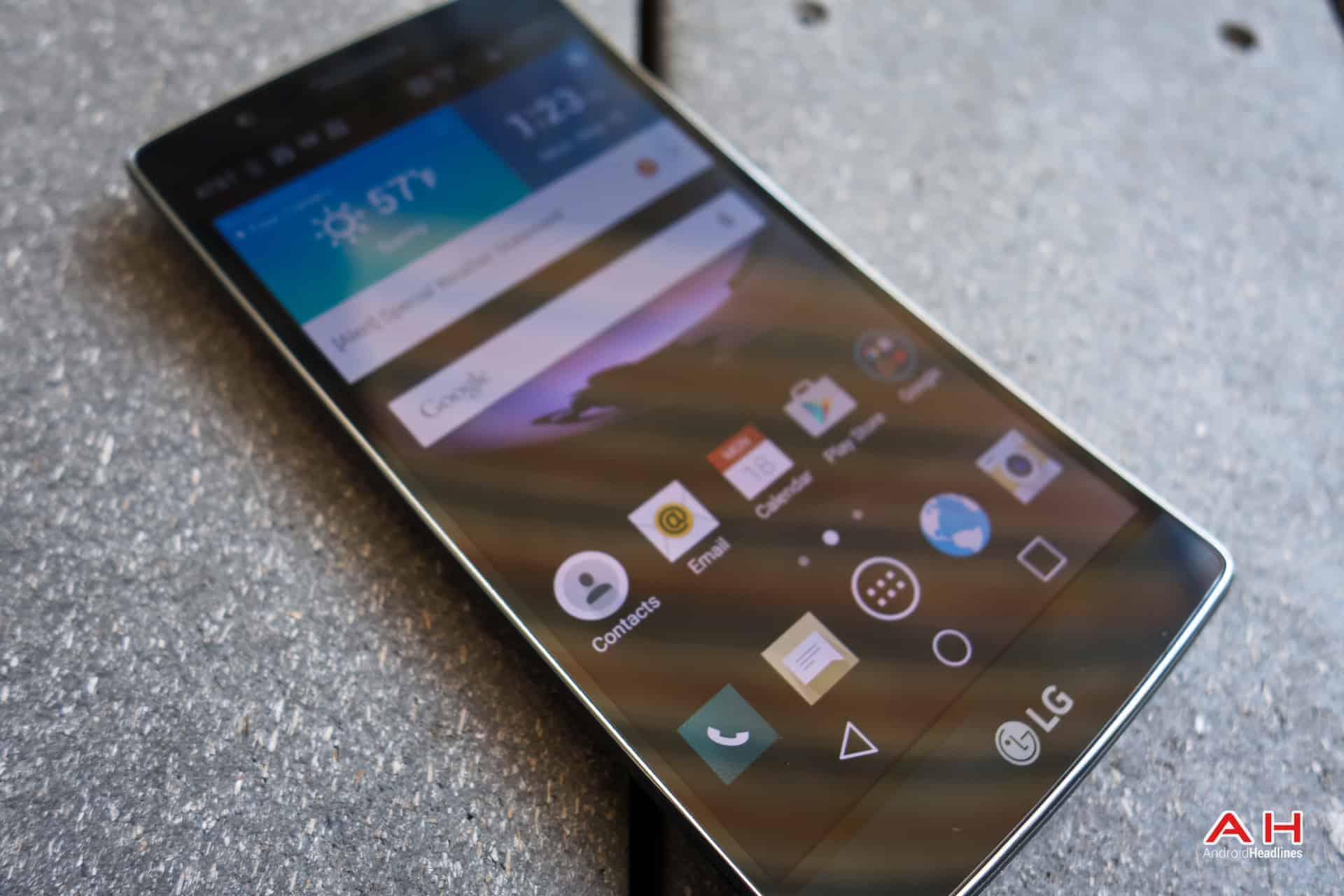 When LG first introduced the original LG G Flex in 2013, LG enthusiasts embraced it like it was the greatest thing since sliced bread.  They seemed fascinated by the curved design and display and a ‘self-healing’ back.  It only had a 720p display resolution and 245 pixels-per-inch (PPI) when its brother, the LG G3, had 1440p – however, in this year’s’ new model LG upgraded the G Flex 2 in all the right places.  Everything on the G Flex 2 is curved – the display, the self-healing back and the battery.

The display and device are slightly smaller than last year’s G Flex (5.5-inch vs 6-inch) and that makes it much more manageable and easier to pocket the device.  LG upgraded to the display to a more reasonable Full HD P-OLED display, giving it a resolution of 1920 x 1080 pixels with an acceptable 403 PPI and matches up nicely with the FHD display and 401 PPI on the OnePlus 2.  The G Flex 2 also uses the newest 64-bit Qualcomm Snapdragon 810 octa-core processor with four cores clocked at 2.0GHz and four cores clocked at 1.5GHz.  This goes up against the same processor but clocked to only 1.8GHz.  The G Flex 2 comes with 3GB of RAM and 32GB of internal memory while the OnePlus 2 has 4GB of RAM and 64GB of internal storage.  The G Flex 2 has a microSD card to expand the internal memory.

The main camera in the G Flex 2 uses a 13MP sensor with Laser Autofocus, OIS+ and a dual-tone LED flash and a 2.1MP front-facing camera (FFC) for social selfies and video chatting.  The OnePlus 2 also has a 13MP main camera and a much larger 5MP FFC.  The G Flex 2 has a 3000mAh, non-removable battery…of course the G Flex 2 battery is curved and incorporates a quick charge feature.  The OnePlus 2 has a larger 3300mAh non-removable battery.

The LG G Flex 2 has a built-in IR Blaster and FM Stereo radio.  It has NFC capabilities allowing you to use the device for mobile payments.  It is available on AT&T, Sprint and US Cellular, with prices varying greatly – AT&T still wants $598 off-contract.  The middle price goes to US Cellular of $630, with Sprint falling in at $500.  It is running Android 5.0 Lollipop, although Sprint’s version was updated to 5.1.1. 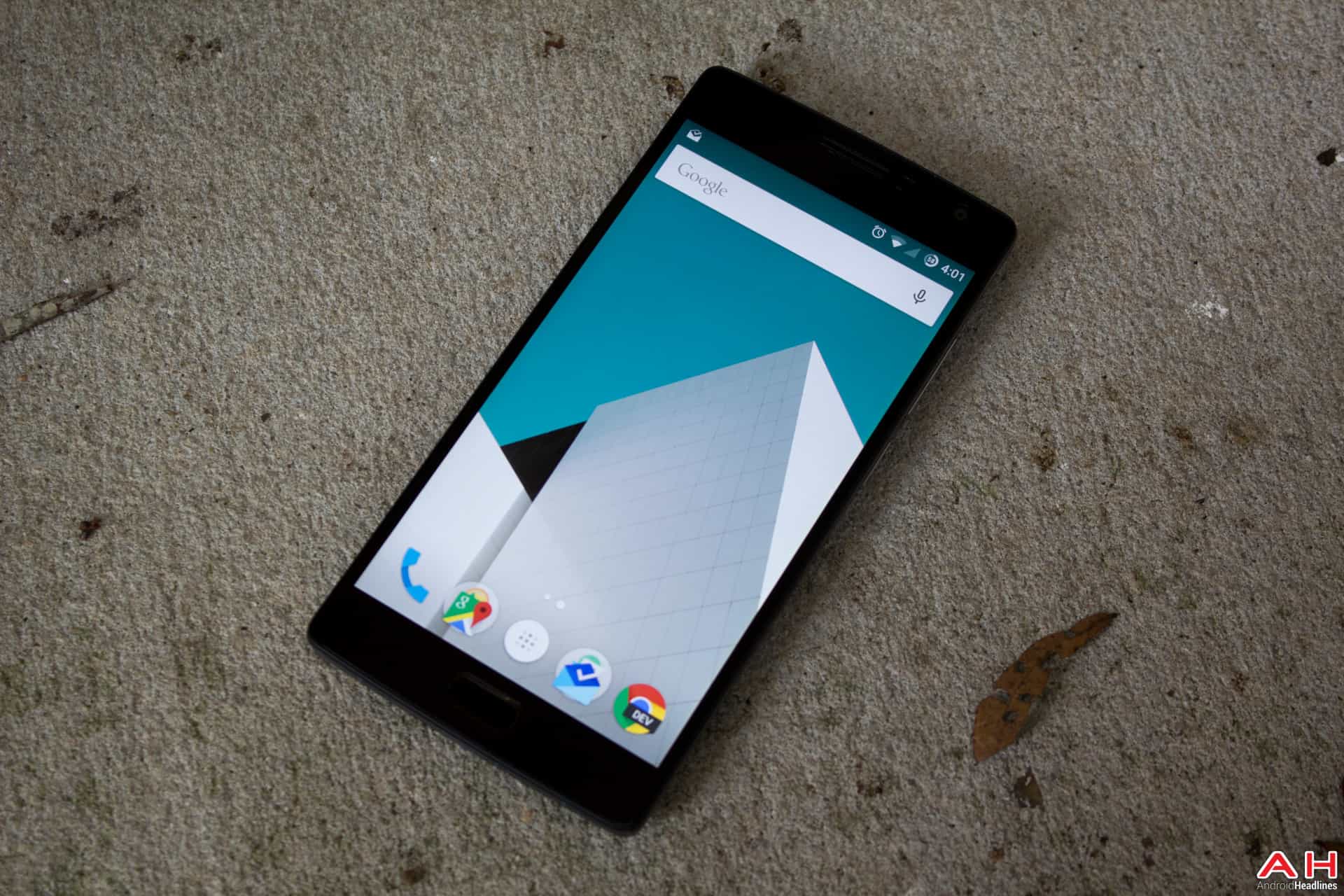 This year’s new OnePlus 2 is the follow up to OnePlus’ first smartphone from last year, the OnePlus One.  The OnePlus 2’s build quality is outstanding with its solid metal frame and trim it makes for one nice looking device – however, it is difficult to build a flagship device with such a low price and not cut some corners.  OnePlus reused the FHD display, the same size camera, added 1GB of RAM and increased the battery from 3100mAh to 3300mAh.  OnePlus also added a fingerprint sensor, but just as quickly took away the OnePlus 2’s NFC functionality, which was included in the OnePlus One.  The fingerprint sensor can unlock the phone, but nothing else…no Android Pay, no mobile purchases at all.

The OnePlus 2 sports a 5.5-inch LTPS LCD FHD display with a resolution of 1920 x 1080 pixels and 401 PPI versus the same LCD FHD display on the G Flex 2 with 403 PPI.  OnePlus selected Qualcomm for their 64-bit Snapdragon 810 octa-core processor and to keep it from overheating, under-clocked it to 1.8GHz.  This goes up against the standard 64-bit Qualcomm Snapdragon 810 octa-core processor.  The OnePlus 2 has two options when it comes to RAM/Memory – 3GB/16GB or 4GB/64GB – although, according to OnePlus, the 4GB/64GB is the only one available for a while.  The LG G Flex 2 packs 3GB of RAM with 32GB of internal memory.  There is no room for expansion in the OnePlus 2, but the G Flex 2 does have room for expansion.

The camera in the OnePlus 2 retains the same 13MP sensor as the OnePlus One, but improved the overall experience by adding laser autofocus, a dual-LED flash and OIS.  This goes up against a great 13MP sensor in the G Flex 2 with a proven track record of good photos.  For the FFC, OnePlus 2 included a large 5MP camera for selfies or video chatting…much nicer than the 2.1MP on the G Flex 2.  The OnePlus 2 increased its non-removable battery size from 3000mAh to 3300mAh.  This competes with a smaller, non-removable 3000mAh battery in the G Flex, which also has a quick charge option.

The OnePlus 2 does come with a great sound ‘system’ built-in to the device.  It is also using a newer USB Type-C port for charging and data transfer that uses a nice, reversible plug.  It runs OnePlus’ own OS called OxygenOS 2.0 over stock Android Lollipop 5.1.  Its LTE works on AT&T and T-Mobile and the OnePlus 2 will cost you $329 for the 16GB model and $389 for the 64GB model. 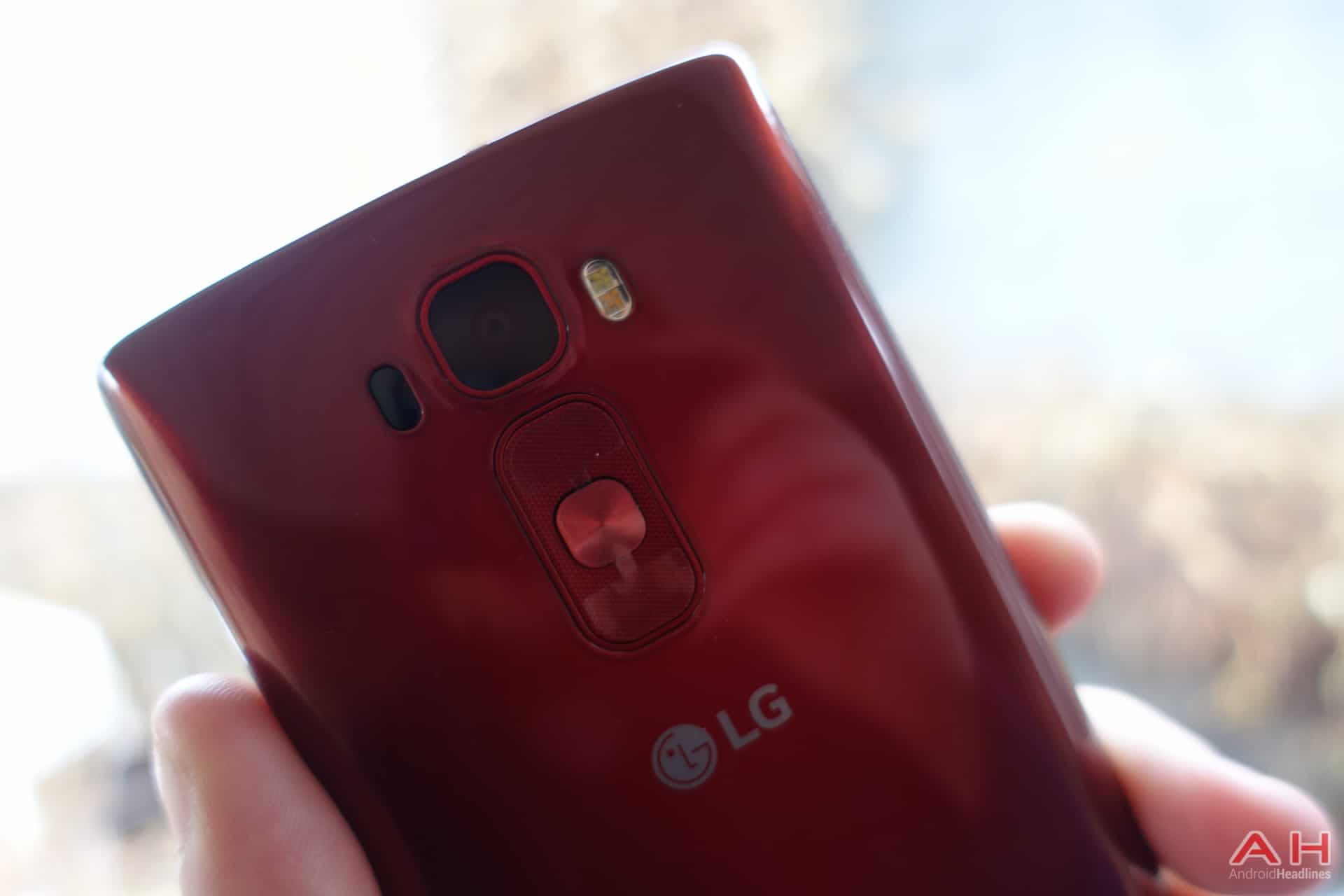 These two devices are so equally balanced that picking a winner was tough – but a couple things swayed me to the LG G Flex 2 as the winner of this comparison.  To start with it has NFC capabilities which means you can use the G Flex 2 to make mobile payments.  It also has a fast charge for the battery, which always helps out for those times when you do need a charge.  It also has a built-in IR Blaster and an FM stereo radio.  The LG G Flex 2 also allows the use of a microSD card to expand the internal memory.  It can also be used on all major US networks.

The OnePlus 2 is a beautiful device, but really has nothing over the more functional G Flex 2 other than a smaller price tag.  It does have a fingerprint sensor, but is only good for opening the device…nothing else.  A ‘flagship’ device in 2015 should have a NFC chip – the OnePlus One had one, but then OnePlus decided to jettison it on the newer model.  It has 1GB more of RAM, but that really means nothing when it comes to the performance of these two phones.

Other than these few items, the LG G Flex 2 and OnePlus 2 are a very close match to each other – same display, almost the same processor, cameras are probably evenly matched, and even the batteries are close to the same size.  The LG G Flex 2 just seems more refined and has a few extra goodies and the soon to be needed NFC.  Yes, it will cost a you $200 more, but it is probably worth the extra money…that is something only you can decide.  After all, how many smartphones are curved with a self-healing back?