Do we have a good one for you today – the Apple iPhone 6 Plus goes up against the new Samsung Galaxy Note 5.  How do these two phablets hold up to each other?  Yes, we know that the iPhone 6s Plus will be out soon, but this is all we have to compare right now…but do not worry, we will compare the Galaxy Note 5 with the new iPhone 6s Plus.  Both devices are beautiful – the iPhone 6 Plus uses Gorilla Glass and a full metal back plate, while the Galaxy Note 5 is Gorilla Glass front and back with a solid metal chassis with a metal band holding it all together.  Samsung has made large displays for years, although this is Apple's first stab at the technology…something that Steve Jobs and Tim Cook both said would never happen…large displays were not needed.  However, increase in the iPhone's display have increased sales to record amounts.

The iPhone 6 Plus and Galaxy Note 5 share very little in common – both devices are almost identical in size and weight…1 gram differentiates them…even though the Note 5's display is slightly larger.  Both share a fingerprint sensor, although they serve different functions, with the iPhone 6 Plus' TouchID is used for Apple Pay while the Note 5's can be used for PayPal, Samsung Pay, Android Pay and payment at just about any retailer that can swipe a credit card.  Both have Wi-Fi, Bluetooth (4.0 on the iPhone and 4.2 on the Note 5), GPS, NFC (only for Apple Pay on the iPhone) and both have non-removable batteries – 2915mAh in the iPhone 6 Plus and 3000mAh in the Note 5. 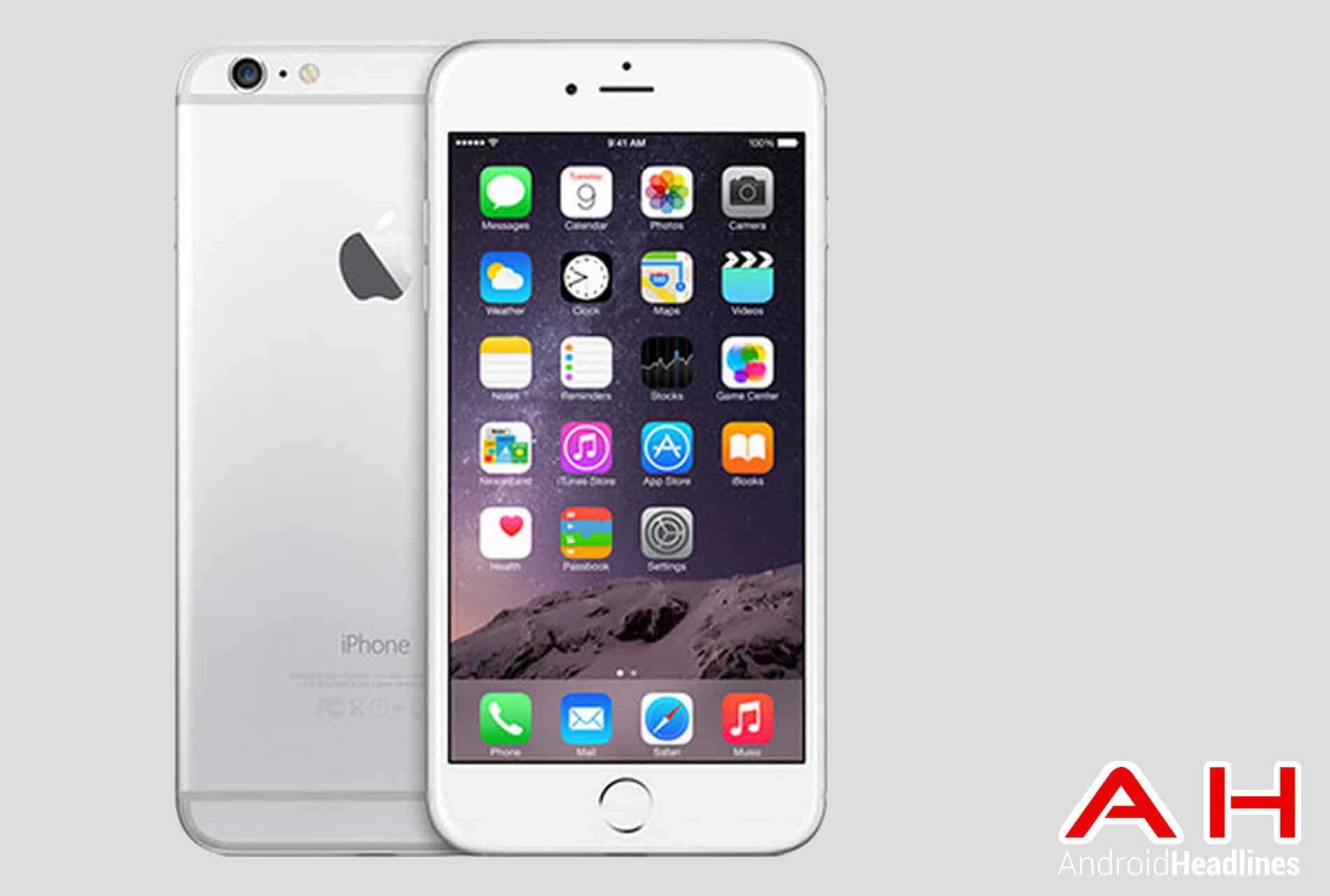 The camera has always been one of the iPhone's strong points and the iPhone 6 Plus uses the same 8MP size sensor used on the iPhone 5s, with some tweaking here and there.  It has the usual autofocus, a dual-LED flash and for the first they added OIS to the Plus model.  It has always been one the best point-and-shoot cameras on a smartphone – however, Samsung and LG cameras have actually surpassed the iPhone in recent testing.  The Note 5 uses a 16MP ISOCELL sensor and a large f/1.9 aperture on the Note 5…and is superior in every way. The front-facing camera (FFC) on the iPhone is still a measly 1.2MP for social media selfies or video chatting – ONLY through Apple's FaceTime unless both users download a third party app – and compares to a 5MP wide-angle FFC on the Note 5. The iPhone has never been known for great battery life and the 2915mAh non-removable battery in the 6 Plus doesn't do much to help its cause.  While not much larger, the Note 5 uses a 3000mAh non-removable battery, but the Note 5 should easily outlast the iPhone and should your battery get low, the Note 5 has quick charge and quick charge wireless charging as well.

What does the iPhone 6 Plus have the Note 5 does not?  It has Apple's proprietary Apple Pay and its proprietary FaceTime video chat feature – if you can call that good.  It is easy to use and efficient, but rather boring when compared to an Android device and its customization capabilities and extended features.  The pricing has always been a sore spot with the iPhone, commanding a contract/off contract price of $300/$750 for just the 16GB all the way up to $500/$950 for the 128GB model.

Samsung really changed their approach in designing the new Galaxy S6 series – no more plastic, instead we have a solid aluminum unibody with Gorilla Glass 2.5D on the front and Gorilla Glass 4 on the back.  The Note 5 comes in two colors, Black Sapphire and White Pearl.  The Galaxy Note 5 is a real beauty with its curved back edges that add a premium feel, solid build and a great feel in your hand.  As usual, Samsung improved the S-Pen to near perfection with an even more sensitive tip and added even more features…it is the defining factor in a phablet for me.  A large display is nice, but the S-Pen adds a lot of functionality to this phablet, making it more than just another big screen.

The Galaxy Note 5 sports a 5.7-inch QHD Super AMOLED display with a resolution of 2560 x 1440 pixels and 518 PPI compared to 5.5-inch FHD IPS LCD display and 401 PPI on the iPhone 6 Plus.  Samsung made several changes on the Galaxy S6 series that carried over to the Note 5 – first they started by using their homegrown 64-bit Exynos 7420 octa-core processor, the first processor to use 14nm technology.  It has four cores clocked at 1.5GHz and four cores clocked at 2.1GHz.  This is little more powerful than the Apple A8 dual-core clocked at 1.4GHz found in the iPhone 6 Plus.  The Galaxy Note 5 is packing 4GB of the much faster DDR4 RAM – the iPhone 6 Plus uses only 1GB of RAM.  The Note 5 comes with Samsung's new, faster, UFS 2.0 flash memory offering variations of 32GB or 64GB with no room for expansion.  The iPhone 6 Plus has three options – 16GB, 64GB and 128GB of internal memory with no means to expand.

The Galaxy Note 5's camera uses a 16MP ISOCELL sensor with autofocus, LED Flash, a large f/1.9 aperture, Live HDR and OIS.  This is the best camera Samsung has ever put in a smartphone and it scored the highest rating to date from DxOMark. Samsung increased the FFC to 5MP and they wisely kept the f/1.9 aperture and added a 120-degree wide-angle lens for excellent low-light group selfies and video chatting.  The iPhone's have always been known for their cameras and the iPhone 6 Plus is no exception.  Surprisingly, the iPhone 6 Plus still only uses an 8MP camera sensor for the main camera and only 1.2MP FFC for selfies and FaceTime chatting.

The Note 5's 3000mAh battery is slightly larger than the 2915mAh in the iPhone 6 Plus, but it should easily get your Note 5 throughout an entire day with moderate usage.  However, if you run into trouble, the new Samsung non-removable battery can charge up to 4 hours of usage in only 10 minutes.  If you are at work or coffee shop that offers charging pads, then you could also use the built-in wireless charger for either PMA or Qi formats.

The Galaxy Note 5 has a few other features not found on the iPhone 6 Plus – it has a fingerprint sensor that is PayPal certified, it is Samsung Pay ready, Android Pay ready and can make payments at any retailer that can swipe a credit card.  It includes a heart rate sensor for the health minded and built-in quick charge and wireless quick charging for both Qi and PMA standards.  It is running Android 5.1 Lollipop and will cost you about $696 off-contract for the 32GB model and $792 for the 64GB model. 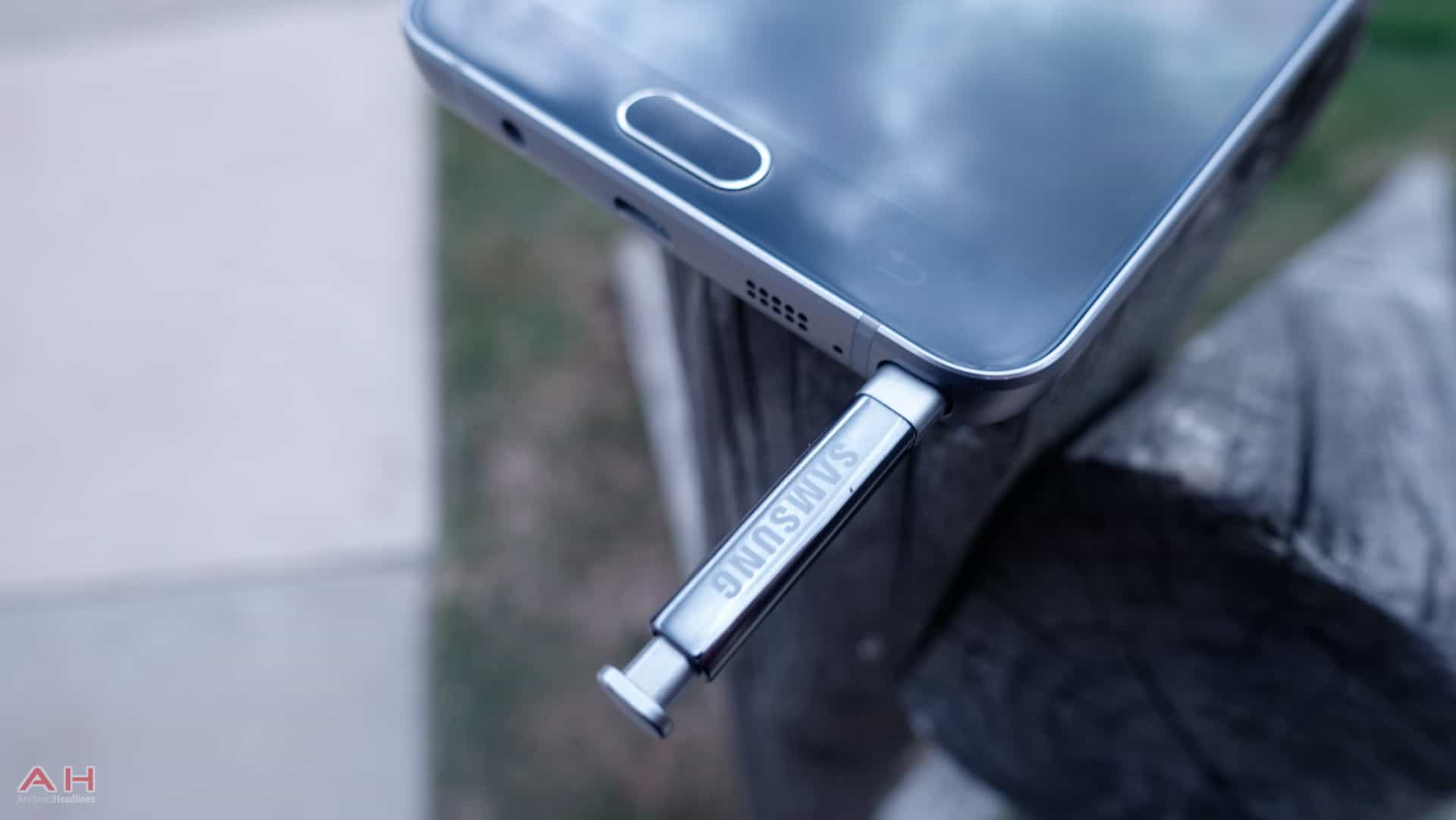 How could I not pick the new Galaxy Note 5 over the iPhone 6 Plus?  It has a nicer display, more advanced processor, more and faster RAM, faster UFS 2.0 internal memory, a slightly larger and better battery life as well as faster and wireless charging.  It has a fingerprint sensor that can be used at practically any retailer that you can swipe a credit card at…not to mention it can be used for PayPal purchases as well…not just tied into Apple Pay.  It has a larger display that can be used for more than just viewing or playing games…it can be used to multiscreen or multi-task by dividing the display into two – yes, that is where that extra RAM comes into play. Oh yes, you can also use that larger display in conjunction with the S-Pen and all of its features and productivity it offers. It even beats the iPhone at one of its best features – taking pictures, and you can even live stream to your friends, and it does all of this without costing more than an iPhone.

The iPhone 6 Plus is an excellent smartphone, but you are very limited by what you can do with it, and that is fine if you are not tech savvy nor care about customizing your display or phone.  If you like Apple's defaults, then the iPhone 6 Plus is for you.  If you do not care about multi-tasking, such as texting back and forth with a friend while surfing the web, then maybe the iPhone is for you.  If you are content to have Apple dictate everything about how you use your smartphone, go for it.  The iPhone 6 Plus does a lot of things, it is just a little boring when compared to the Galaxy Note 5 and the Android OS.

I like to pick how my display looks, what keyboard I use, I like to push the time on my phone and immediately be able to set my alarm or use it as a stopwatch or timer.  I want to touch my weather widget and get the week's' forecast, and so on.  I want to use more than one camera app or more than one music download.  I can do this with the Galaxy Note 5…not the iPhone 6 Plus.