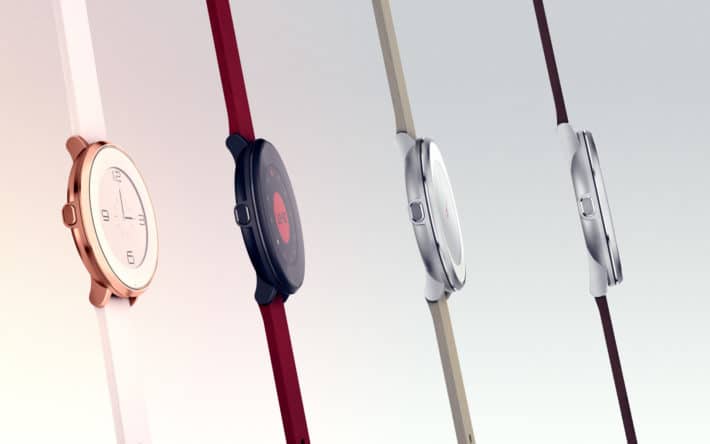 Pebble was one of the first companies to make a modern smartwatch. It started with a device made from plastic currently known as Pebble Classic and then they introduced a premium-looking version called the Pebble Steel. This year, the company released a second generation of the smartwatch called Pebble Time featuring a color screen for the first time and a revamped version of the operating system. Last month, they released the Pebble Time Steel, for those who missed a more solid build quality provided by the all-metal chassis. Today, the company has just announced their latest offering, the Pebble Time Round.

The most obvious difference is that for the first time, the company is using a circular display, which is still made from e-ink and it is capable of displaying 64 colors. The company claims that this is the thinnest and lightest smartwatch they have ever created and in fact, the claim holds for any other smartwatch out there. The watch measures only 7.5 mm thick and weighs 28 grams and there are two band options, one for the somewhat thinner 20 mm bands and one for even thinner 14 mm ones. The round face measures 38.5 mm in diameter though the screen is surrounded by a thick bezel, so the screen actually measures 1.25 inches.

It keeps the same stainless-steel construction of the Pebble Time Steel and it is splash resistant, although not waterproof like other smartwatches. The watch will be available on silver and black colors and the one for the thinner strap will also be available in rose gold. The software is very similar to the one found on the Pebble Time series, so more watch faces will be available soon made specifically for the round screen and some versions feature numbers on the bezel, so number-less analog watch faces are also available. Since the watch is really slim, it sacrifices the large battery included in the other Pebble Times and it only lasts for two days instead of up to 10 days. On the bright side, 15 minutes of charge can last for a whole day of use.

For those interested in the Pebble Time Round, it will be available on November 8th, but pre-orders are starting today from Pebble's website. It's also available for pre-order on Best Buy, Target, and Amazon. Prices start at $249 and a leather band is included, for $50 more, users can get one of the steel bands. On a side note, the Pebble Time Steel is now available for those who didn't want to purchase it from the crowd-funding campaign.