Skip to content
Trusted By Millions
Independent, Expert Android News You Can Trust, Since 2010
Publishing More Android Than Anyone Else
11
Today
51
This Week
317
This Month
2275
This Year
112355
All Time The news about Google’s self driving cars just keeps coming now with a patent application being published which gives us an abundance of insight into one of their cars.  Previously Sarah Hunter, the Head of Public Policy for Google X told the California Public Utilities Commission about the ramped up production of the cars.  Hunter teased slightly about the buttons and other accessories that would be in the cars but now we get to hear more from Google about how this all works.

First off, Google has named this technology Google Chauffeur, and uses that name throughout the pictures attached to the patent information.  It appears Google has gone to great lengths to make this feature integrate into today’s vehicle without many changes.  We have heard rumors of Google making cars without pedals or steering wheels but that is not the case.  It could be for regulatory reasons or it could be for comfort and ease of use.  With the competition heating up in this self driving race to the finish ease of use and comfort will play a big part in who wins the race.  Google appears to be one leap ahead of everyone, not only in terms of testing out cars on public roadways but is functionality.  According to the patent there will be a stick, similar to a turn signal or cruise control stick, on the steering wheel which will act as an activation switch.  This will tell the control computer you want to activate Chauffeur and it will start the process.  If you don’t have good GPS signal or you don’t have a detailed map downloaded then you will receive a “Not Available” message and a signal.  All signals have different lights and messages so you know when to let your car take over.  After you receive a “Ready” signal you can start to release the steering wheel and take your feet off the pedals and the car will take over.

Regulators are testing the emergency take over controls if needed and it takes a driver an average of 17 seconds to fully take control of a car.  This is way too long and they are working with Google to get this time lower.  The steering wheel is equipped with sensors that sense pressure so you won’t have to hit the switch to turn off Chauffeur.  If the car senses a sleeping or intoxicated driver Chauffeur is equipped to take over for the driver and prevent a crash.  Technology has helped us as a society in many ways over the years, time will tell if it can make our roadways safer. 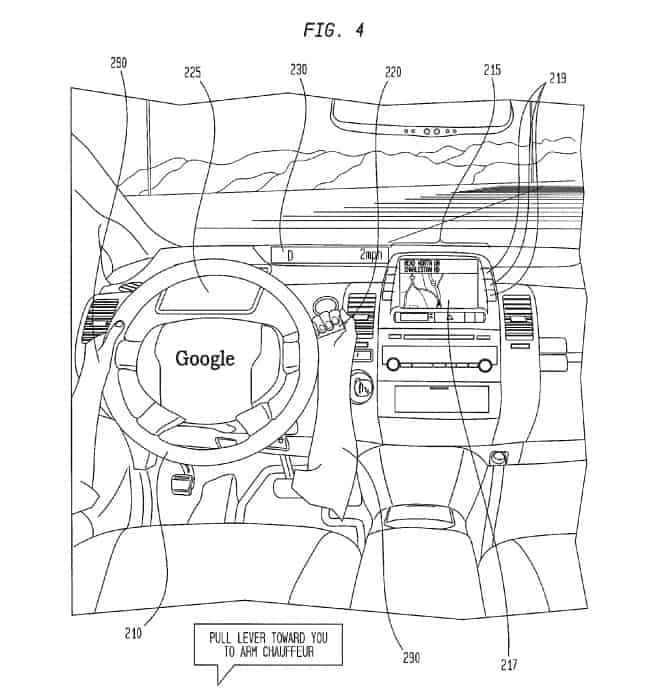